The 31 October is not just Halloween, it is also Dark Matter Day. Find out how to join the celebrations at research institutes around the world 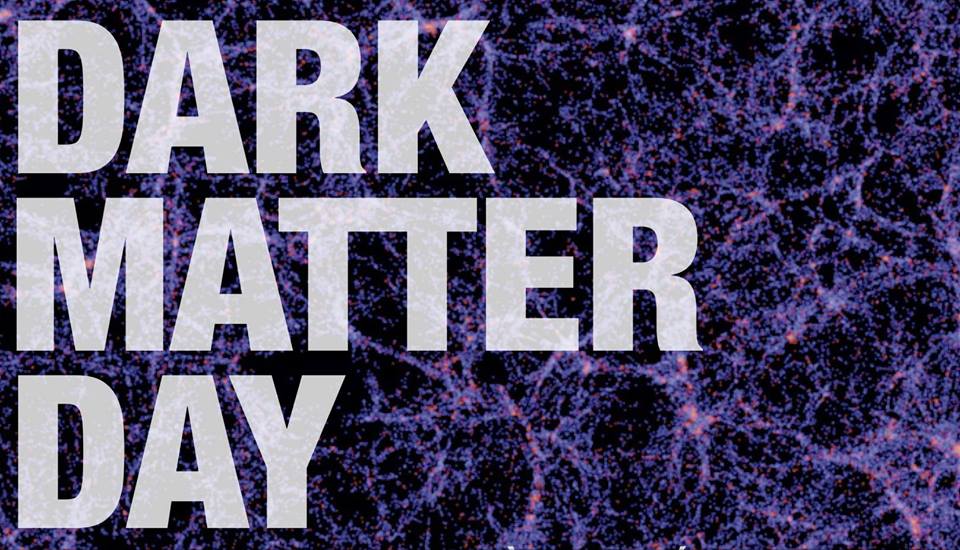 All that we see: stars, planets, pumpkins, spiders, and webs, are made of matter. However, matter forms only 5% of the Universe. What about the remaining invisible part of the Universe? On 31 October, research institutes around the world will be delving into the invisible as they celebrate Dark Matter Day.

Dark matter is one of physics' most vexing mysteries. It is estimated to constitute about a quarter of the invisible Universe, the rest being something even more baffling, known as dark energy. Physicists haven’t yet directly observed it, though it leaves its trace by the way galaxies are held together instead of flying off in different directions. In other words, dark matter seems to “hide” before our eyes. Visit darkmatterday.com to find out how scientists in research institutes around the world are hunting for the unseen.

CERN will take part in the worldwide online and offline activities. At CERN, dark matter is on the hunting list of several experiments, including AMS, ATLAS, CAST, CMS, and Osqar. For Dark Matter Day, CERN is organising a Facebook live at 1pm (CET) with Mercedes Paniccia, a scientist from the Alpha Magnetic Spectrometer (AMS) collaboration and Piotr Traczyk from the CMS experiment to answer your questions in real-time. AMS is installed on the International Space Station, looking for signs of dark matter at 400 km orbit around the Earth, with its control centre based at CERN.

Then at 8pm (CET), Marco Cirelli, CNRS Research Director at the Laboratory for Theoretical and High Energy Physics at Sorbonne University in Paris, will reveal more secrets about dark matter at CERN’s Globe of Science and Innovation. Join in person or via webcast.

Celebrate Dark Matter Day, and don’t be afraid of the dark…