Help the Higgs find its siblings 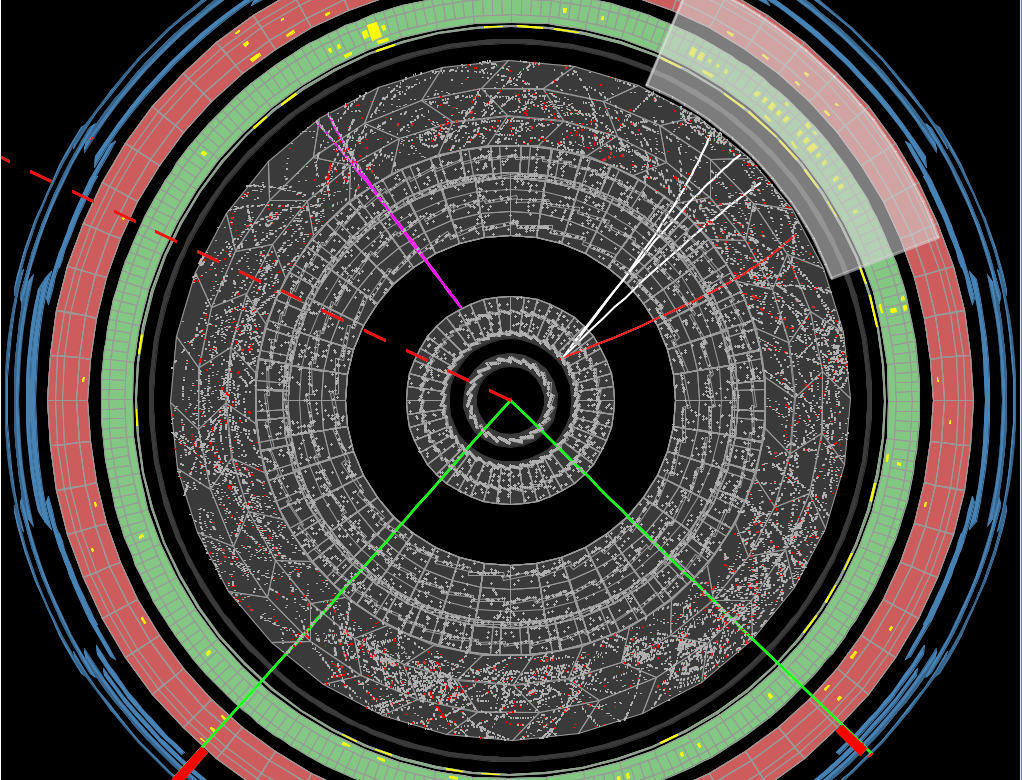 These images show how particles appear in the ATLAS detector. The lines show the paths of charged particles travelling away from a collision at the centre. Volunteers are looking for tracks appearing 'out of thin air' away from the centre. (Image: CERN)

A citizen science project, called HiggsHunters gives everyone the chance to help search for the Higgs boson's relatives.

Volunteers are searching through thousands of images from the ATLAS experiment on the HiggsHunters.org website, which makes use of the Zooniverse citizen science platform.

They are looking for ‘baby Higgs bosons’, which leave a characteristic trace in the ATLAS detector.

This is the first time that images from the Large Hadron Collider have been examined on such a scale - 60,000 of the most interesting events were selected from collisions recorded throughout 2012 - the year of the Higgs boson discovery. About 20,000 of those collisions have been scanned so far, revealing interesting features.

“There are tasks – even in this high-tech world – where the human eye and the human brain simply win out,” says Professor Alan Barr of the University of Oxford, who is leading the project.

Over the past two years, more than twenty thousand amateur scientists, from 179 countries, have been scouring images of LHC collisions,  looking for as-yet unobserved particles.

Dr Will Kalderon, who has been working on the project says “We’ve been astounded both by the number of responses and ability of people to do this so well, I’m really excited to see what we might find”.

There are still interesting images which nobody has looked at and that might hide evidence of new particles, so if you fancy having a go connect to HiggsHunters.org and see what you can discover!

If you're interested in participating in more citizen science, the LHC@home project is a volunteer computing platform where you donate idle time on your computer to help physicists compare theory with experiment, in the search for new fundamental particles and answers to questions about the Universe. ​

The HiggsHunters.org project is a collaboration between the University of Oxford and the University of Birmingham in the United Kingdom, and NYU in the United States.  It makes use of the Zooniverse citizen science platform, which hosts over 40 projects from searches for new astrophysical objects in telescope surveys to following the habits of wildlife in the Serengeti. The HiggsHunters project shows collisions recorded by the ATLAS experiment and uses software and display tools developed by the ATLAS collaboration. The scientists gratefully acknowledge the generous financial support of the UK Science and Technology Facilities Council, the University of Oxford, and Merton College, Oxford.