Our understanding of the universe is about to change… 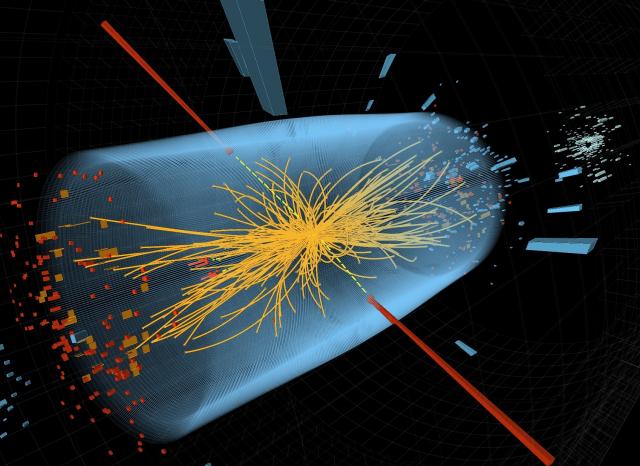 The ATLAS and CMS experiments at CERN today presented their latest results in the search for the long-sought Higgs boson. Both experiments see strong indications for the presence of a new particle, which could be the Higgs boson, in the mass region around 126 gigaelectronvolts (GeV).

The experiments found hints of the new particle by analysing trillions of proton-proton collisions from the Large Hadron Collider (LHC) in 2011 and 2012. The Standard Model of particle physics predicts that a Higgs boson would decay into different particles – which the LHC experiments then detect.

Both ATLAS and CMS gave the level of significance of the result as 5 sigma on the scale that particle physicists use to describe the certainty of a discovery. One sigma means the results could be random fluctuations in the data, 3 sigma counts as an observation and a 5-sigma result is a discovery. The results presented today are preliminary, as the data from 2012 is still under analysis. The complete analysis is expected to be published around the end of July.