Make your own Higgs Boson pizza 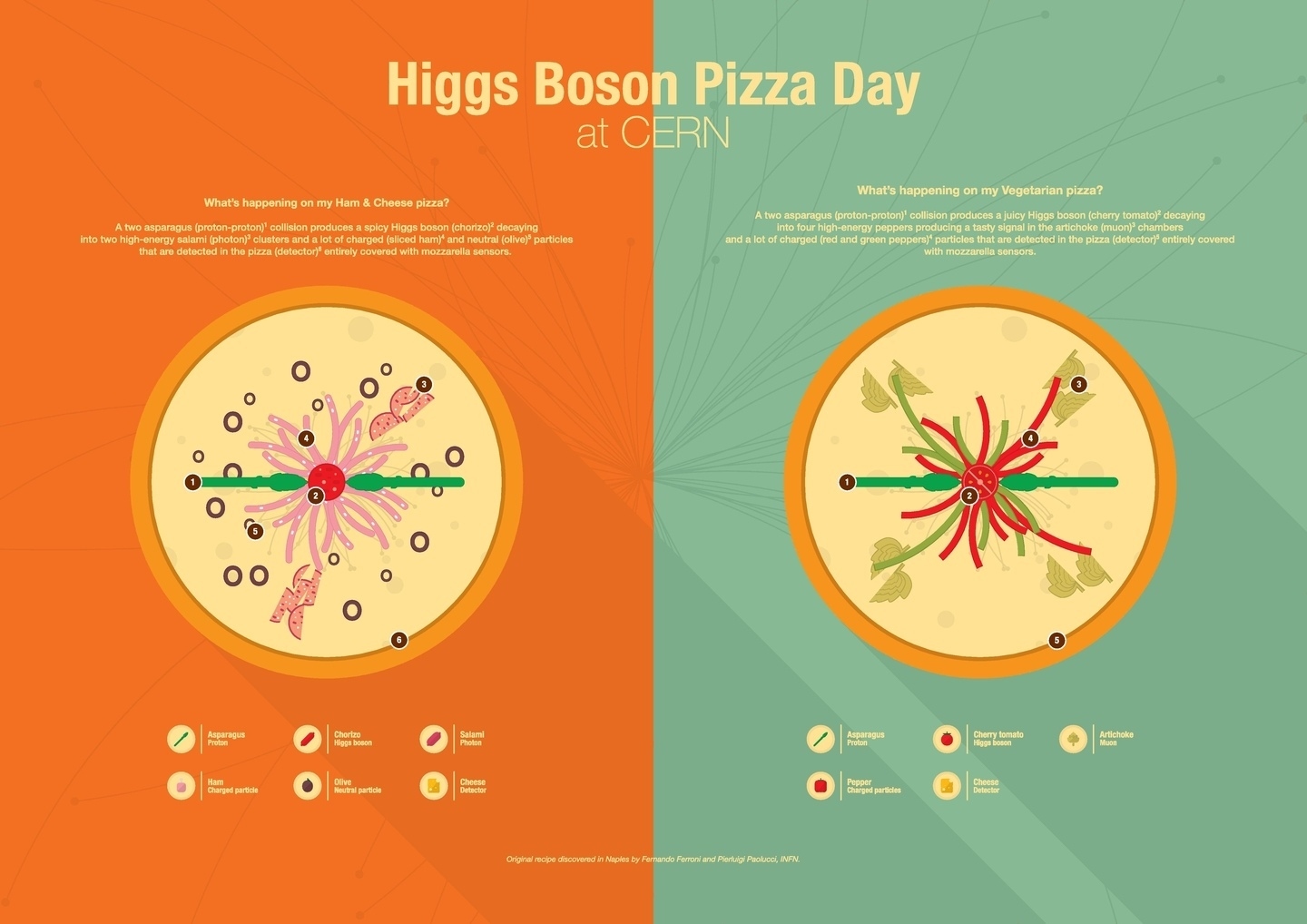 Use these diagrams and our recipe below to join in and make your own pizza to celebrate the fourth anniversary of the announcement that CERN had discovered the Higgs Boson (Image: CERN)

If you have ever wondered what a recently discovered particle looks like in food form you don’t have to wait any longer. CERN marked the anniversary of the day they announced the discovery of the Higgs boson with 400 specially prepared pizzas —with toppings representing different parts of a particle and detector.

The two pizzas, a meaty and a vegetarian version representing a two-photon or a four-muon collision respectively, were prepared yesterday morning by the CERN chefs.

The idea was born in Naples, the hometown of Pierluigi Paolucci, who - while chatting with INFN president Fernando Ferroni - realised the striking resemblance between Higgs boson event displays and the delicious pizzas in front of them. They inspired the chef of the historic “Ettore” pizzeria in St. Lucia to create the Higgs boson pizza in time for the opening for a Art&Science exhibition on 15 September 2015 in Naples.

If you’d like to make your own pizza, just follow the recipe below and use the diagrams to lay out the toppings with the utmost scientific accuracy.

Recipe for a Higgs Pizza

(you can make your own with the suggested recipe below, or buy one ready-made)

For the vegetarian pizza toppings

For the meat pizza toppings

Make the base and lay out the toppings using the diagram as a guide.

Put each pizza on a baking sheet and bake for 8-10 minutes until crisp.

Homing in on the Higgs boson's interaction wi...