As the ICHEP 2016 conference draws to a close tonight, the BBC will broadcast a new show following scientists at CERN from June 2015 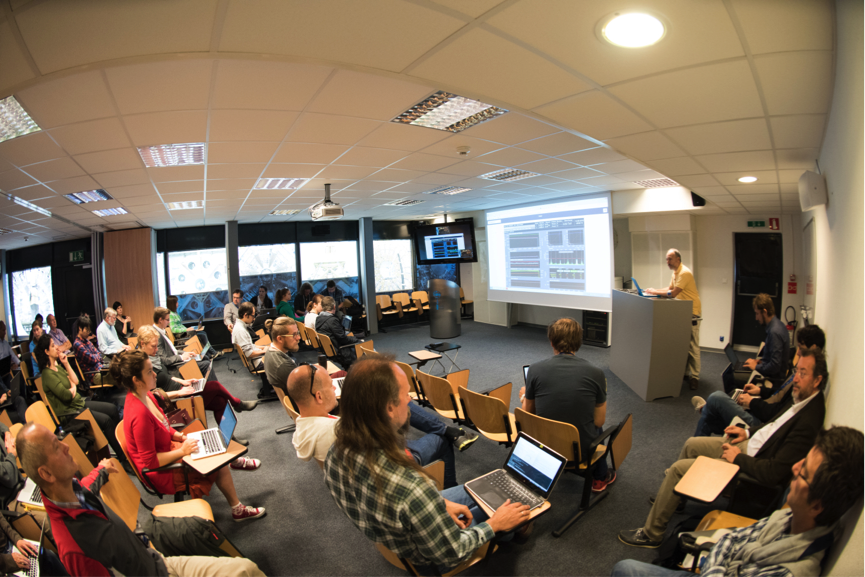 The BBC will broadcast a new TV programme this evening, as the 2016 ICHEP conference, held in Chicago, USA, draws to a close.

Over the past week particle physicists from around the globe have showcased a wealth of brand new data and findings at the conference, including more than 100 new results from the Large Hadron Collider experiments at CERN.

The programme, Inside CERN, (broadcast on BBC2 at 8pm GMT) follows the scientists as they see if an intriguing hint from the 2015 data reappeared in the much larger 2016 data set, presented at ICHEP this year.

The process of making a discovery (follow the link to read our 12 step guide to making a discovery) is a long one, with many stages from building an experiment to collecting and analysing the data. To cover as many of these stages as possible, the BBC has been shadowing CERN scientists' progress on analysing these results since June 2015, when the LHC began running at the highest energy of an accelerator ever – 13 TeV.

Find out more about Inside CERN here