The Standard Model, set in stone 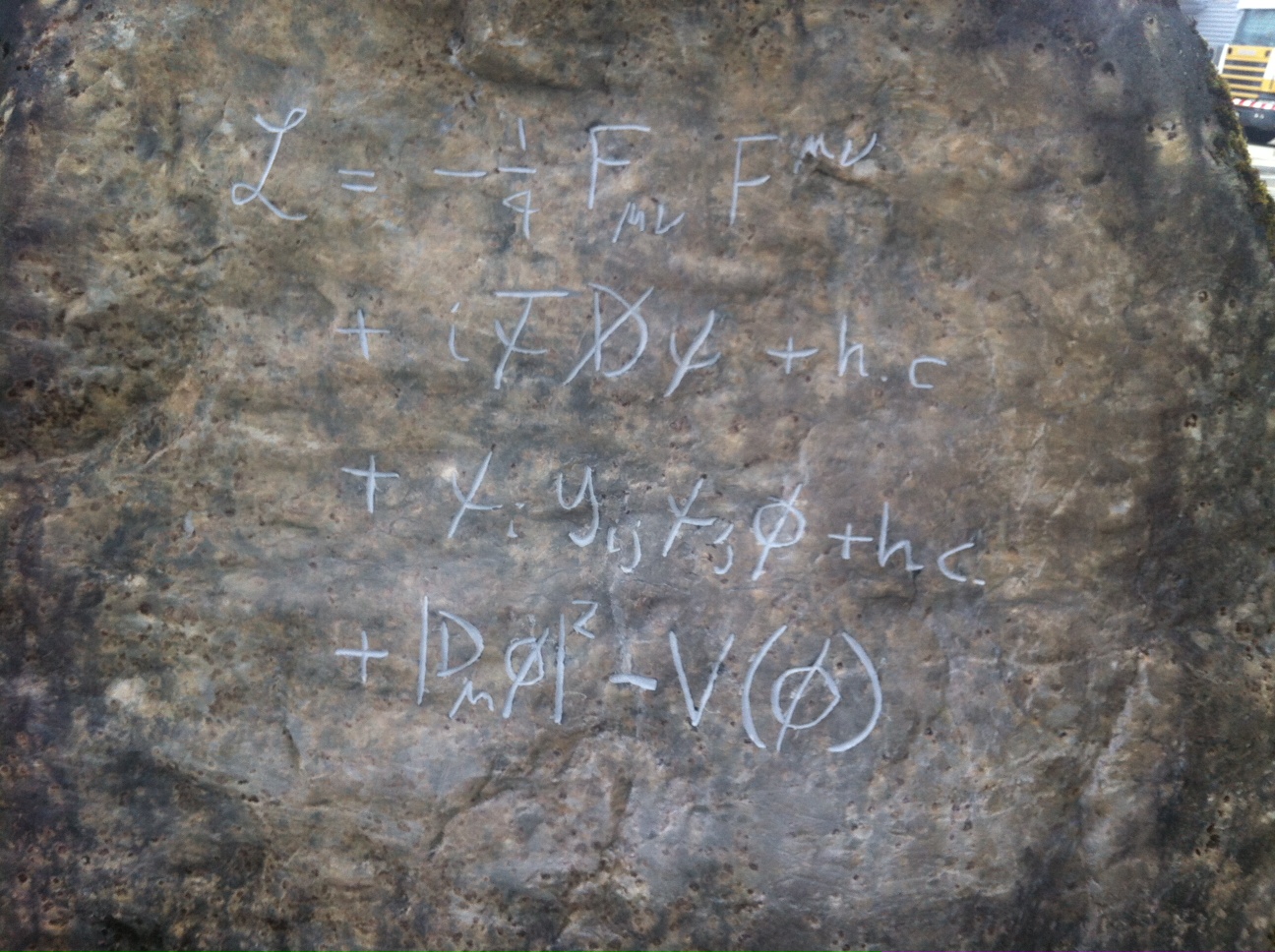 The standing stone outside the CERN Control Centre, engraved with an equation representing the Standard Model of particle physics (Image: CERN)

Just outside the CCC (CERN Control Centre) was a stone. Now, just outside the CCC is a Standard Model stone. Inspired by the graphic design by Peter Reid for a Scottish Universities Summer School in Physics, Steve Myers, CERN's Director for Accelerators and Technology, following a discussion with Alan Walker from the University of Edinburgh, proposed to engrave the standing stone with the Lagrangian equation of the Standard Model, which includes a description of the Higgs mechanism.

The equation neatly sums up our current understanding of fundamental particles and forces. It represents mathematically what we call the Standard Model of particle physics. The top line describes the forces: electricity, magnetism and the strong and weak nuclear forces. The second line describes how these forces act on the fundamental particles of matter, namely the quarks and leptons. The third line describes how these particles obtain their masses from the Higgs boson, and the fourth line enables the Higgs boson to do the job.

Many experiments at CERN and other laboratories have verified the top two lines in detail. One of the primary objectives of the LHC is to see whether the Higgs boson exists and behaves as predicted by the last two lines.