Slovenia to enter the Associate Member State family of CERN

At its 183 session, CERN Council voted unanimously to admit the Republic of Slovenia to Associate Membership in the pre-stage to Membership of CERN. 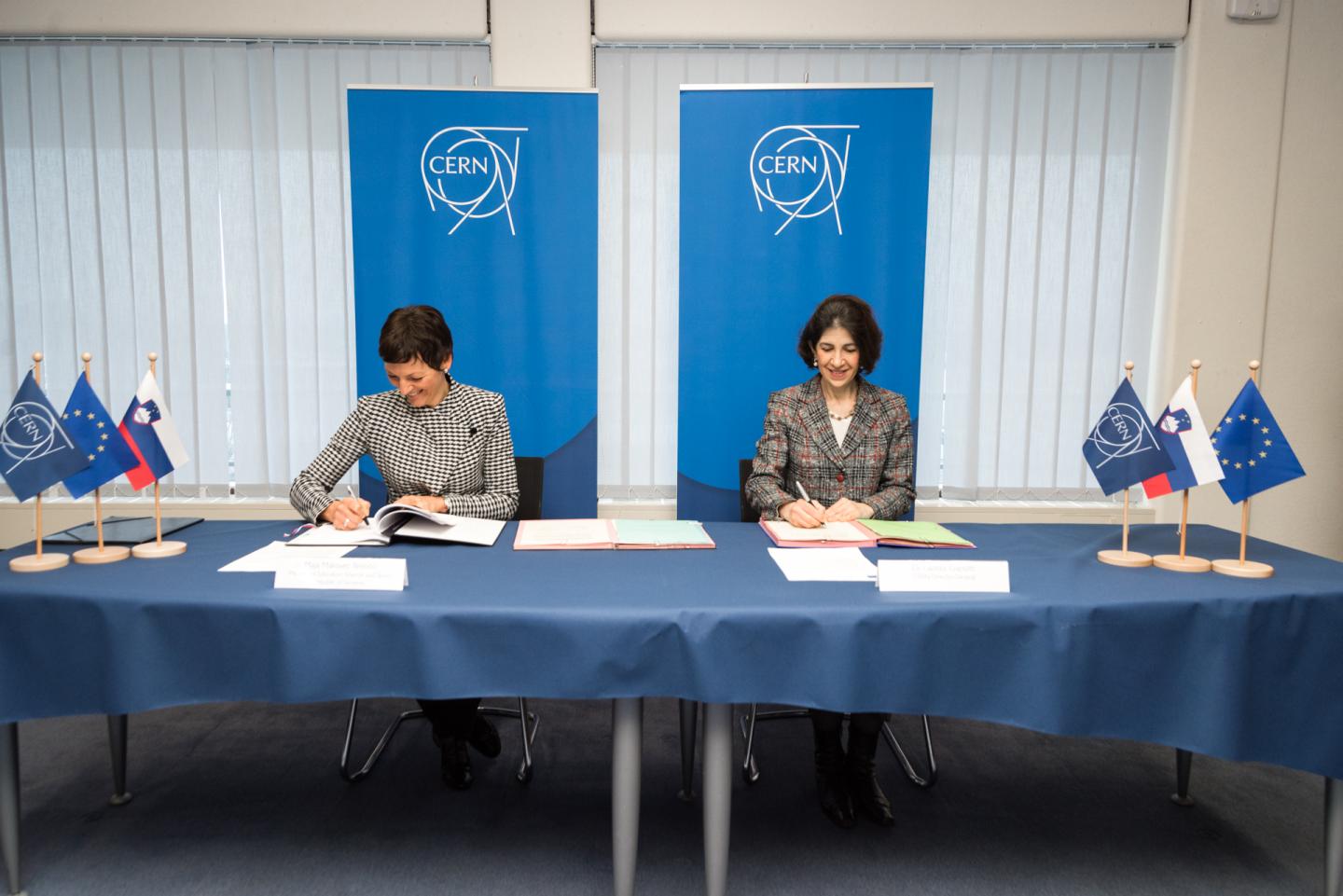 Geneva, 16 December 2016. At its 183 session, CERN1 Council voted unanimously to admit the Republic of Slovenia to Associate Membership in the pre-stage to Membership of CERN.

“It is a great pleasure to welcome Slovenia into our ever-growing CERN family as an Associate Member State in the pre-stage to Membership,” said CERN Director-General Fabiola Gianotti. “This now moves CERN’s relationship with Slovenia to a higher level.”

"Slovenia's membership in CERN will on the one hand facilitate, strengthen and broaden participation and activities of Slovenian scientists (especially in the field of experimental physics), on the other it will bring full access of Slovenian industry to CERN orders which will help to breakthroughs in demanding markets with products with a high degree of embedded knowledge,” said Dr Maja Makovec Brenčič, Slovenian Minister of Education, Science and Sport today on her visit to CERN. “Slovenia is also aware of the CERN offerings in the areas of education and public outreach, therefore it will try to put them to good use for the motivation and education of high-school students and for the training of the young generation of scientists and engineers, and we are therefore looking forward to become eligible for participation in CERN’s Fellows, Associate and Student programmes."

Slovenian physicists contributed to the CERN programme long before Slovenia became an independent state in 1991, participating in an experiment at LEAR (the Low Energy Antiproton Ring) and on the DELPHI experiment – part of CERN’s previous large accelerator, the Large Electron Positron collider (LEP). In 1991, CERN and the Executive Council of the Assembly of the Republic of Slovenia concluded a Co-operation Agreement concerning the further development of scientific and technical co-operation in the research projects of CERN. In 2009, Slovenia applied to become a Member State of CERN.

For the past 20 years, Slovenian physicists have been participating in the ATLAS experiment at the Large Hadron Collider, from research and development, through construction and commissioning, to harvesting the physics results. Their focus has been on silicon tracking, protection devices and computing at the Slovenian TIER-2 data centre. They remain committed to the tracker upgrade, making use of the research reactor in Ljubljana for neutron irradiation studies.

Following the notification of the completion of its internal approval procedures, Slovenia will join Cyprus and Serbia as an Associate Member State in the pre-stage to Membership of CERN. After a period of five years, Council will decide on the admission of Slovenia to full Membership.