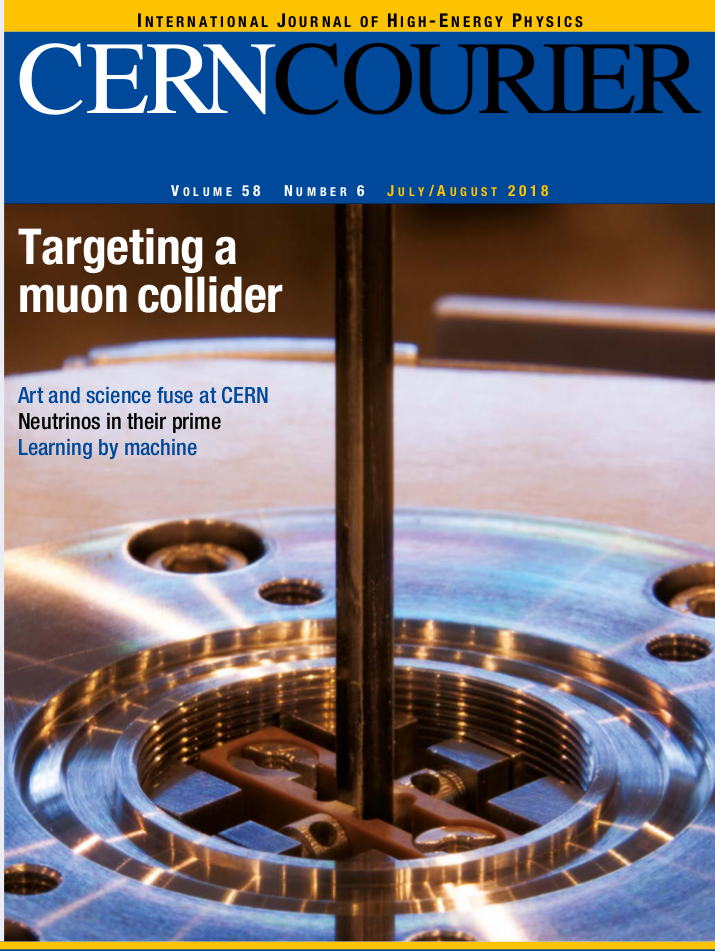 Welcome to the digital edition of the July/August 2018 issue of CERN Courier.

A muon collider has long been high on the wish list for particle physicists, since it offers a compact, high-energy lepton collider for precision measurements and could act as a driver for a neutrino factory. The discovery of a 125 GeV Higgs boson at CERN six years ago has strengthened the case for a muon collider, which would be able to create Higgs bosons in copious quantities via a direct s-channel production. The main obstacle against such a machine is the short lifetime of muons, which demands that they are “cooled” before they are accelerated. Now, following more than a decade of R&D, the UK-based Muon Ionization Cooling Experiment (MICE) has demonstrated this vital step. Meanwhile, at J-PARC in Japan, researchers have demonstrated the first acceleration of muons using a radio-frequency cavity. Further highlights from this month’s issue include a whirlwind tour of CERN’s arts programme, reports on the rise of deep learning in particle physics, and a roundup of the latest results from the neutrino sector.