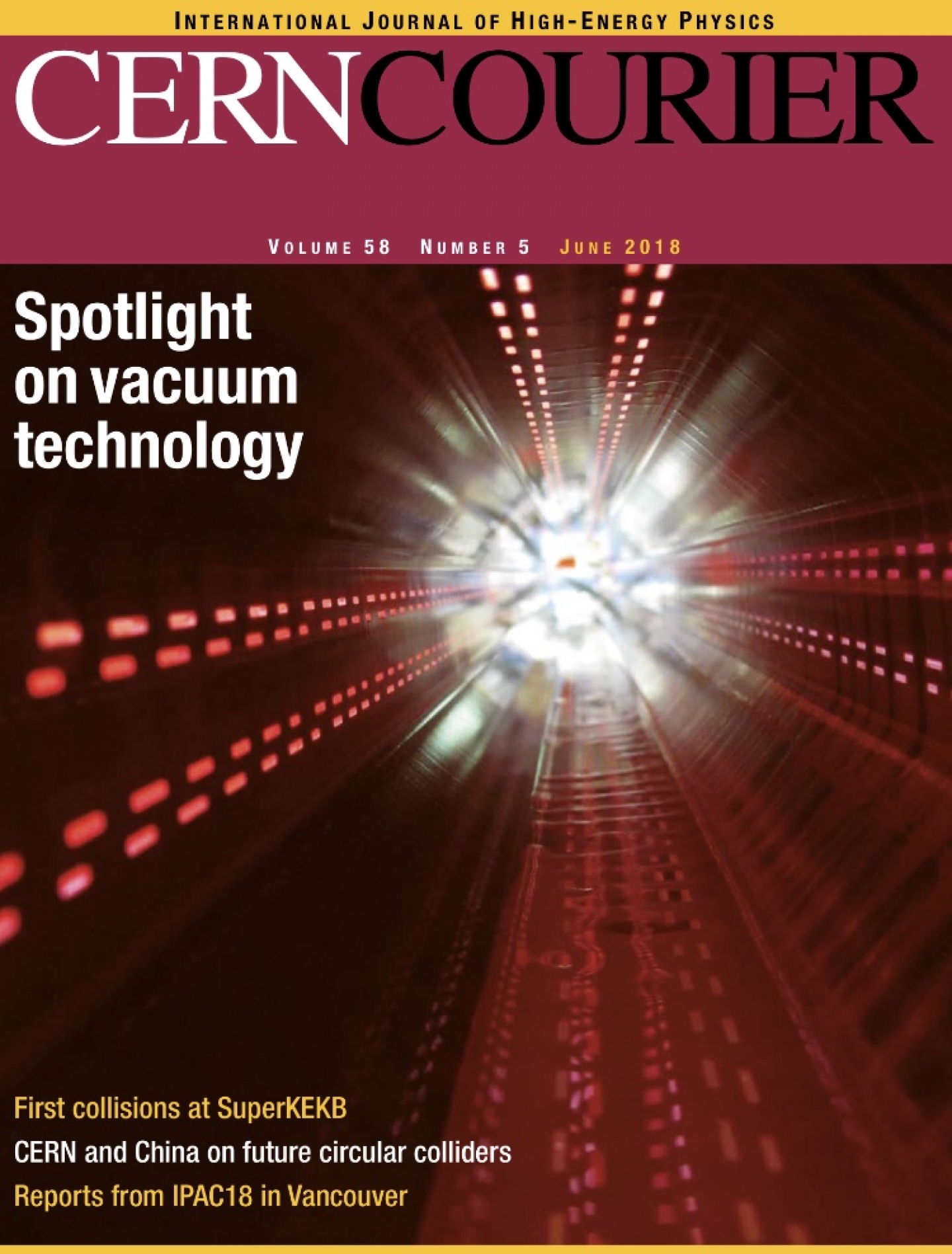 Welcome to the digital edition of the June 2018 issue of CERN Courier.

During the past ve years, rapid progress in R&D has been made towards the next generation of circular colliders that would take up the Large Hadron Collider’s mantle in fundamental exploration. Two major studies on opposite sides of the planet are under way, both of which envisage a 100 km-circumference tunnel that could house an electron–positron collider for precision measurements and a proton–proton collider at a new energy frontier. The Future Circular Collider (FCC) study imagines such a facility being built at CERN, while physicists in China are considering several sites for the Circular Electron Positron Collider (CEPC). The proposals are part of a broader machine landscape that includes the International Linear Collider and the Compact Linear Collider, which will be a focus of discussions at the upcoming update of the European Strategy for Particle Physics. Meanwhile, the LHC’s 2018 physics programme is in full swing and SuperKEKB has achieved its first collisions at the KEK laboratory in Japan. Finally, delving into some of the advanced technologies underpinning modern accelerators, this month’s cover feature takes us to the heart of CERN’s vacuum group.