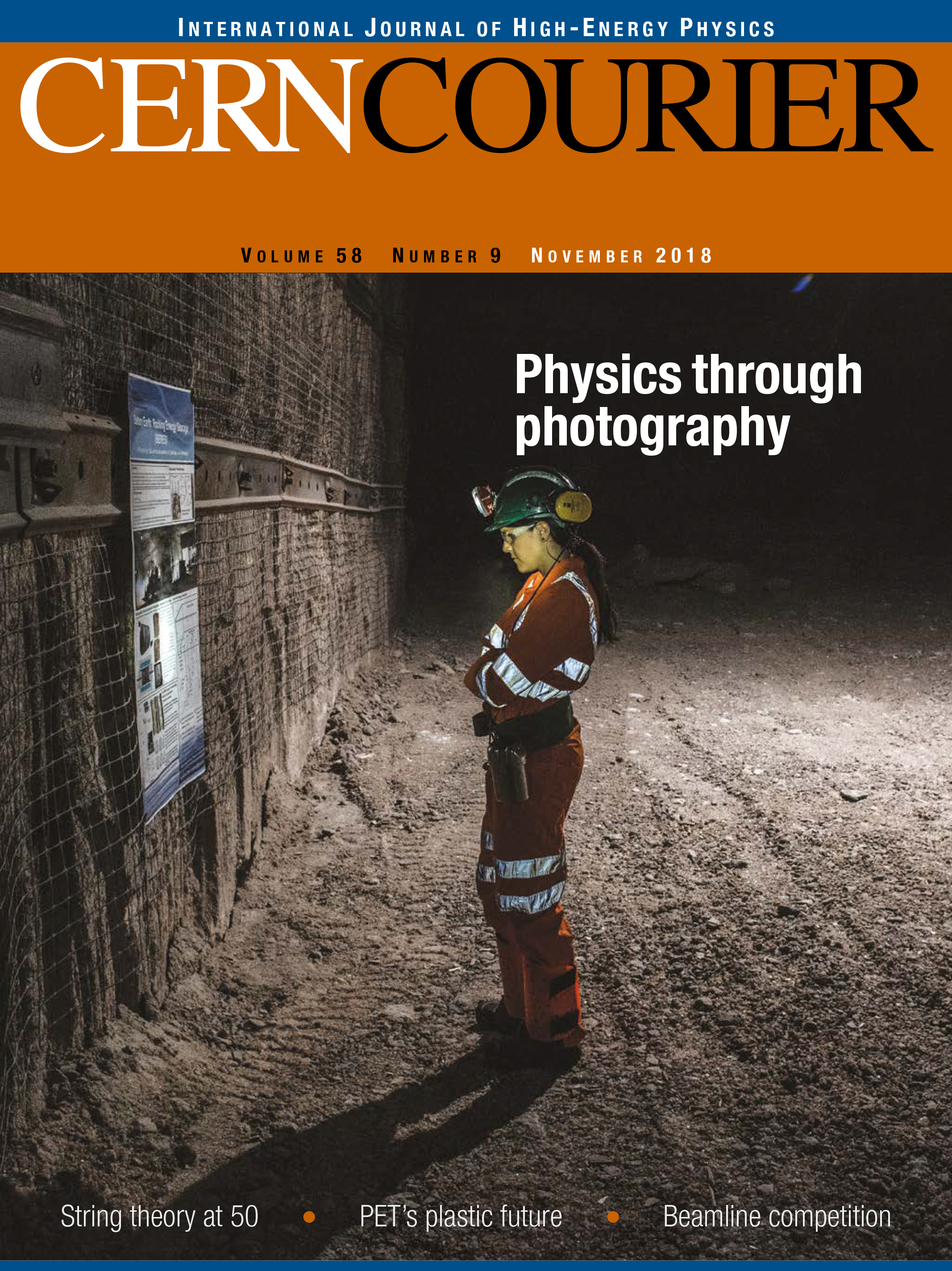 Welcome to the digital edition of the November 2018 issue of CERN Courier.

Explaining the strong interaction was one of the great challenges facing theoretical physicists in the 1960s. Though the correct solution, quantum chromodynamics, would not turn up until early the next decade, previous attempts had at least two major unintended consequences. One is electroweak theory, elucidated by Steven Weinberg in 1967 when he realised that the massless rho meson of his proposed SU(2)xSU(2) gauge theory was the photon of electromagnetism. Another, unleashed in July 1968 by Gabriele Veneziano, is string theory. Veneziano, a 26-year-old visitor in the CERN theory division at the time, was trying “hopelessly” to copy the successful model of quantum electrodynamics to the strong force when he came across the idea – via a formula called the Euler beta function – that hadrons could be described in terms of strings. Though not immediately appreciated, his 1968 paper marked the beginning of string theory, which, as Veneziano describes 50 years later, continues to beguile physicists. This issue of CERN Courier also explores an equally beguiling idea, quantum computing, in addition to a PET scanner for clinical and fundamental-physics applications, the internationally renowned Beamline for Schools competition, and the growing links between high-power lasers (the subject of the 2018 Nobel Prize in Physics) and particle physics.