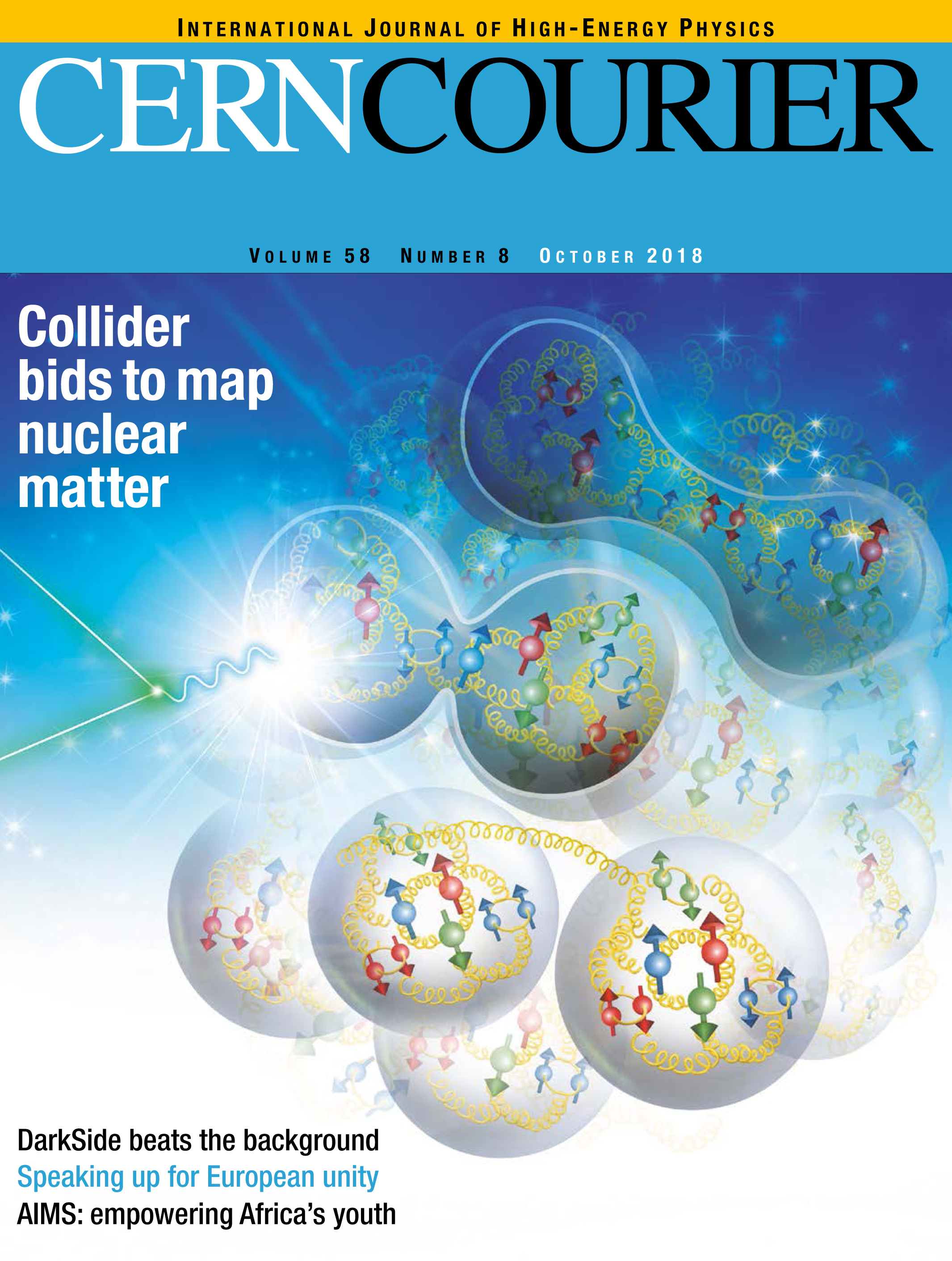 Welcome to the digital edition of the October 2018 issue of CERN Courier.

Of all the particle colliders that have been built over the past half-century or so, one type stands out for its rarity: the electron–hadron collider. The only machine so far in this class is the 6.3 km-circumference electron–proton collider HERA, which operated at DESY in Germany between 1992 and 2007. Together with its four large detectors (H1, ZEUS, HERMES and HERA-B), HERA transformed our view of proton structure and led to major insights into other areas of quantum chromodynamics. This summer, the US Academy of Sciences positively endorsed a proposal for a high-energy, high-luminosity electron–ion collider that would go even further than HERA in precisely mapping the internal structure of nuclear matter and determining how nucleon properties emerge from quark and gluon interactions. Two pre-conceptual designs have evolved at Brookhaven National Laboratory and Jefferson Laboratory, setting in motion the process towards approval and eventual construction. Other topics featured in this issue include: the African Institute for Mathematical Sciences; a background-free dark-matter experiment called DarkSide; proton-driven plasma-wakefield acceleration at CERN; Hyper-Kamiokande’s green light for construction; and the 50th anniversary of the European Physical Society, whose role in bridging political divides is more important than ever.