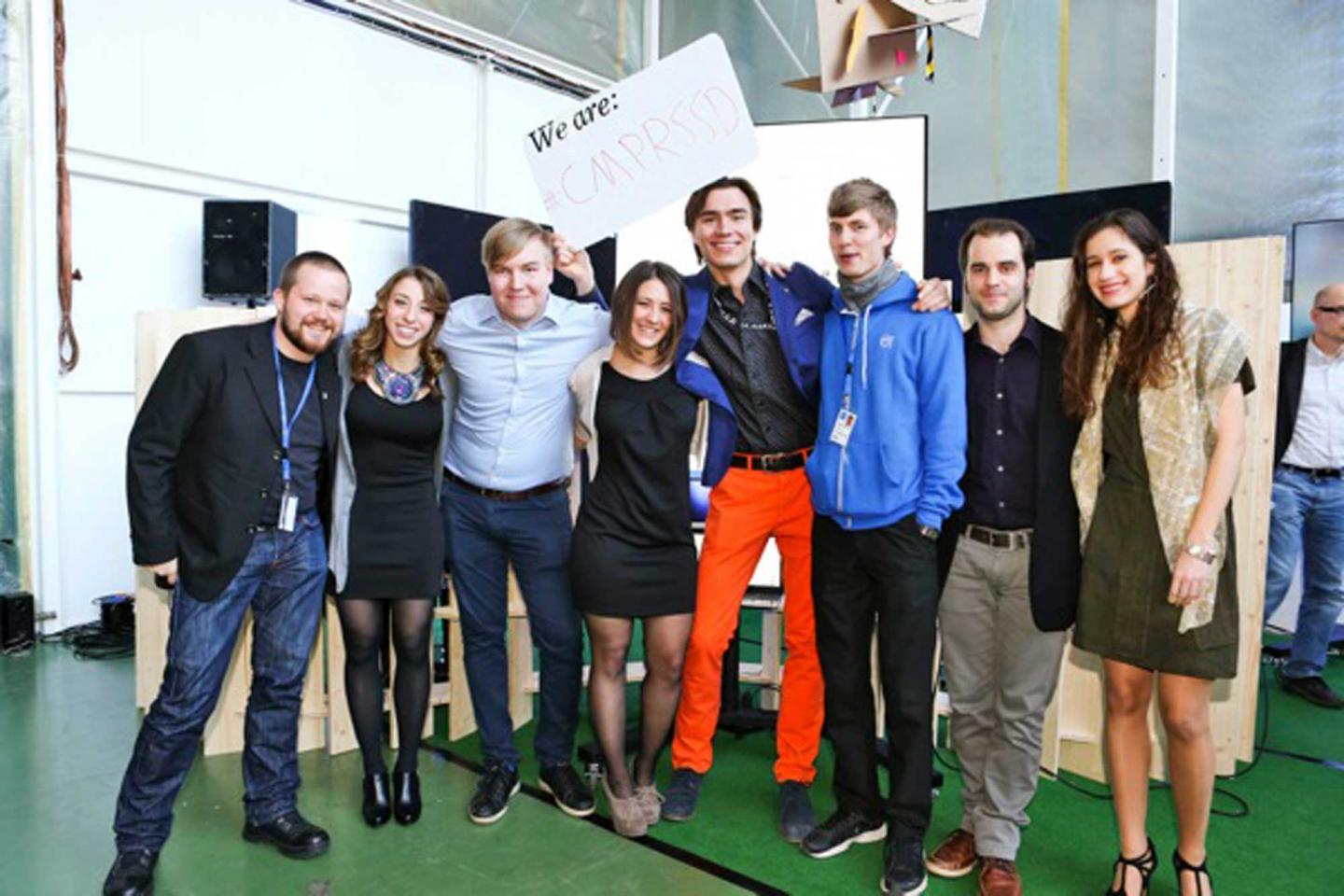 In October 2013, 17 students started the Challenged Based Innovation (CBI) course pilot, a master-level student programme developed in collaboration with CERN, Aalto University in Finland, the University of Modena and Reggio Emilia in Italy, and National Technical University of Athens, Greece.

The task was to create prototypes of products based on technologies developed at CERN to help solve specific problems in society, which the students could define according to the challenge they were given. For the pilot course, the challenge was to develop new tools inspired by ATLAS R&D projects.

The students were divided into two groups. One team was to create a learning tool for autistic children inspired by the technology developed in EDUSAFE ITN at CERN. Another was asked to explore different learning environments and get inspired by the technology and knowledge developed in TALENT ITN, also at CERN, to create a product concept of value.

Last Friday, after five months of collaborative innovation inspired by ATLAS R&D projects, the students presented their project results at CERN and invited the audience members to test their concept prototypes. The students came from various disciplines including design, architecture, business, management engineering, and automation and electrical engineering.

The teams were named based on the EU-funded R&D projects that inspired their challenges. Team CBI EDUSAFE had no previous experience working with autistic children. They wanted to encourage social interaction and enhance the learning experience of autistic children. Their final concept prototype is a multi-touch platform combined with tangible blocks that children can use to interact with each other and the platform itself. A block is linked to an individual child who can use it to communicate with the blocks of other children. It can be used to play games or to converse. The blocks also work beyond its designed platform. "We worked through 10 prototypes and only in the last two months we focused on refining the latest one with the platform and the blocks," says Santeri Palomäki of Team CBI EDUSAFE. "There were many ideas along the way and working with people from different disciplines was a challenge that taught us to listen and appreciate each other’s opinions. The children who tested it were very excited about playing with the blocks."

Team CBI TALENT, whose initial challenge was very open-ended, came up with CMPRSSD, a communications platform that aims to change the way meetings are held. CMPRSSD saves audio recording of meetings, automatically eliminating unnecessary pauses and umms-and-aahhs. It allows users to share, tag, and link interesting audio files with collaborators.

"When we started to work with the project, with people scattered around Europe, we had these incredibly long meetings, some that were three-and-half hours long. We realized it was a problem and decided to create a tool that would help in making meetings more efficient, even if you missed it, and came up with CMPRSSD," says Eleonora Forghieri of Team CBI TALENT.

The students worked through multiple rounds of ideas throughout the five-month period; brainstorming, building, testing and refining prototypes with real end users. Lauri Repokari, instructor of the CBI course, says, "To make their final concept prototype desirable and for it to function as well as possible, the teams had to prototype and test a lot. In order to create something great, failing was part of the process and we asked the students to push their prototypes until they failed or something went wrong to identify what didn’t work, and how to make the next prototype better."

The CBI Teaching Team is looking for new challenges for the next course starting in September. Send your ideas to tuuli.maria.utriainen@cern.ch