Symposium on art and science “Re: View from Nowhere” on 26 November [online only] 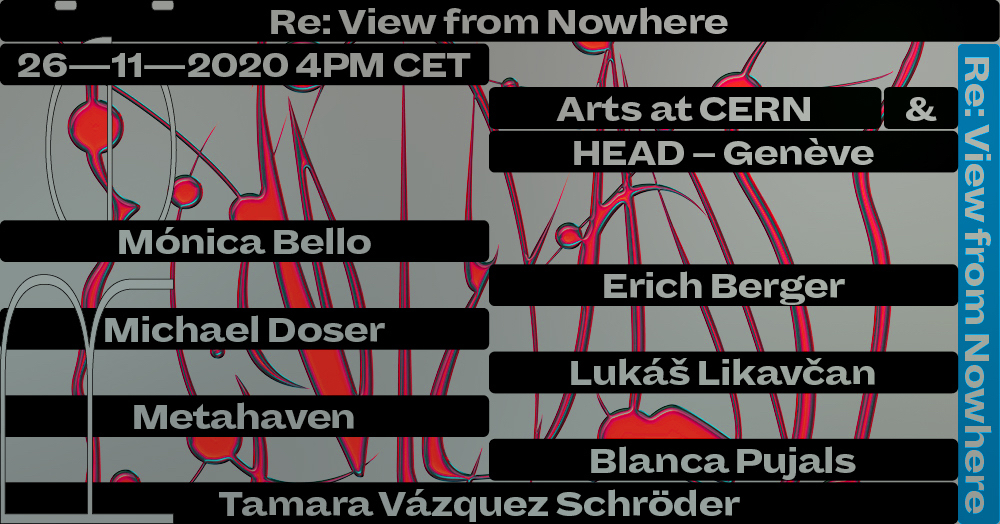 The online symposium “Re: View from Nowhere” will take place on Zoom on 26 November at 4 p.m. CET. It will investigate how physics – “the science in which we have achieved our greatest detachment from a specifically human perspective on the world” – can inform and inspire the practices of art, design and filmmaking. Artists, scientists, architects and researchers from a variety of backgrounds will share their unfiltered insights on the relationship between art and science, embracing their differences in approach and vocabulary.

The symposium is organised jointly by Arts at CERN, the Geneva School of Art and Design (HEAD) master’s programme in space and communication, and Metahaven. Arts at CERN pioneers new ways of bringing together artists and scientists, guiding their conversations and supporting artistic creativity and curiosity around fundamental research. To this end, artists from all over the world are invited, through cultural programmes, to spend time at CERN and work alongside particle physicists and engineers. This symposium will be a forum in which to consider new cross-pollinations between science and art.

Details of the symposium can be found on the Arts at CERN website and registration is open on this page.