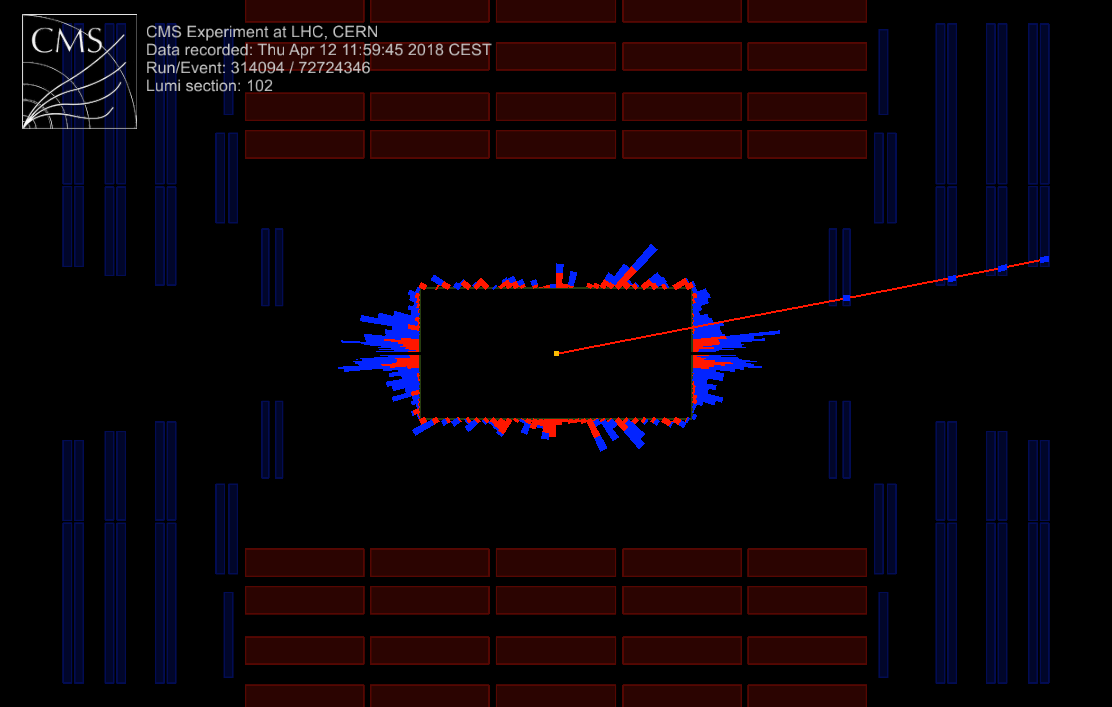 A test collision recorded by the CMS experiment on 12 April 2018. The CMS collaboration uses these first collisions to prepare for data taking, fine-tuning and powering on various subsystems as needed. (Image: CERN)

Proton slamming has resumed at the Large Hadron Collider (LHC). Almost a fortnight after the collider began circulating proton beams for the first time in 2018, the machine’s operations team has today steered beams into collision. While these are only test collisions, they are an essential step along the way to serious data taking, which is expected to kick off in early May.

Achieving first test collisions is anything but an easy job. It involves round-the-clock checking and rechecking of the thousands of systems that comprise the LHC. It includes ramping up the energy of each beam to the operating value of 6.5 TeV, checking the beams’ instrumentation and optics, testing electronic feedback systems, aligning jaw-like devices called collimators that close around the beams to absorb stray particles and, finally, focusing the beams to make them collide.

Each beam consists of packets of protons called bunches. For these test collisions, each beam contains only two “nominal” bunches, each made up of 120 billion protons. This is far fewer than the 1200 bunches per beam that will mark the start of serious data taking and particle hunting. As the year progresses, the operations team will continue to increase the number of bunches in each beam, up to the maximum of 2556.

With today’s test collisions, the teams of the experiments located at four collision points around the LHC ring (ALICE, LHCb, CMS and ATLAS) will now be able to check and calibrate their detectors. Stay tuned for the next steps.