After some 400 trillion proton-proton collisions delivered to both ATLAS and CMS, the accelerator will now switch to its heavy-ion programme 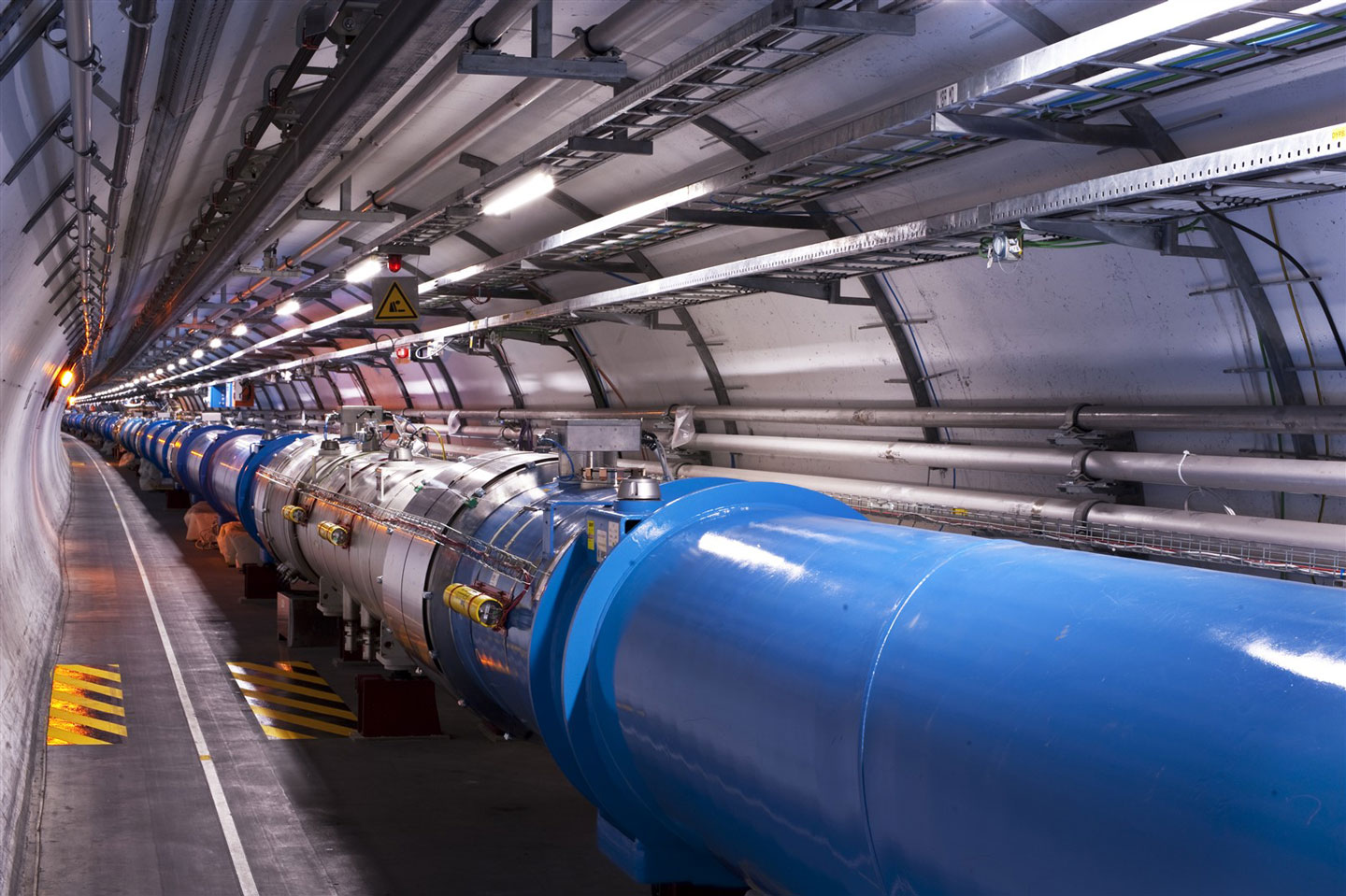 The Large Hadron Collider will switch to colliding lead ions at the end of November (Image: Maximilien Brice/CERN)

The Large Hadron Collider (LHC) has successfully completed its planned proton run for 2015, delivering the equivalent of about 400 trillion (1012) proton-proton collisions – some 4 inverse femtobarns of data – to both the ATLAS and CMS experiments. LHCb and ALICE have also enjoyed successful data taking at lower collision rates. CERN engineers will now prepare the accelerator to collide lead ions, for a physics run due to start in late November. These heavy-ion collisions allow physicists to investigate quark-gluon plasma, a state of matter thought to have formed just after the Big Bang.

"The accelerator has been performing well given the challenges of running at the new collision energy of 13 teraelectronvolts (TeV)," says Mike Lamont of the LHC Operations team. "We're currently running with 2244 bunches of protons in the machine, spaced at intervals of 25 nanoseconds, which is an achievement in itself."

The new energy regime highlighted several issues for the Operations team, including increased electron-cloud effects at high beam intensities, and falling particles of dust inside the beam-pipe causing premature beam dumps. To resolve these issues, the team has been patiently ramping up the beam intensity over a period of weeks using small numbers of bunches in various configurations. With the LHC now confidently colliding protons at 13 TeV, it's time to switch to lead.

"The main scope of our upcoming technical stop is to install zero-degree calorimeters for CMS and ATLAS to prepare for the upcoming lead run," says Marzia Bernardini of the CERN Engineering department. These detectors, just next to the beamline at two interaction points of the LHC ring, measure the energy of neutral particles coming from the collisions. These measurements help physicists to understand the size of the collision area in lead-lead interactions.

Of the seven experiments on the LHC ring, the 10,000 tonne ALICE detector is the most specialized for studying lead-lead collisions, in which the hundreds of protons and neutrons in two lead nuclei smash into one another at energies of upwards of a few trillion electronvolts each. This forms a miniscule fireball in which everything “melts” into a quark-gluon plasma.

"This new energy regime is of course very interesting for ALICE," says ALICE spokesperson Paolo Giubellino. “In this run we will also have much larger statistics to work with and our detector has been significantly upgraded since the LHC’s first run. So we now have a better instrument to study the system to a much higher precision and at even higher temperatures than during run 1!”

And ALICE is not the only collaboration interested in lead ions. “Both ATLAS and CMS have big teams studying the data,” says Lamont. Following their participation in the 2013 proton-lead run, LHCb will now be taking lead-lead data too; evidence of a growing enthusiasm for the study of lead-lead collisions at the LHC’s new energy frontier.