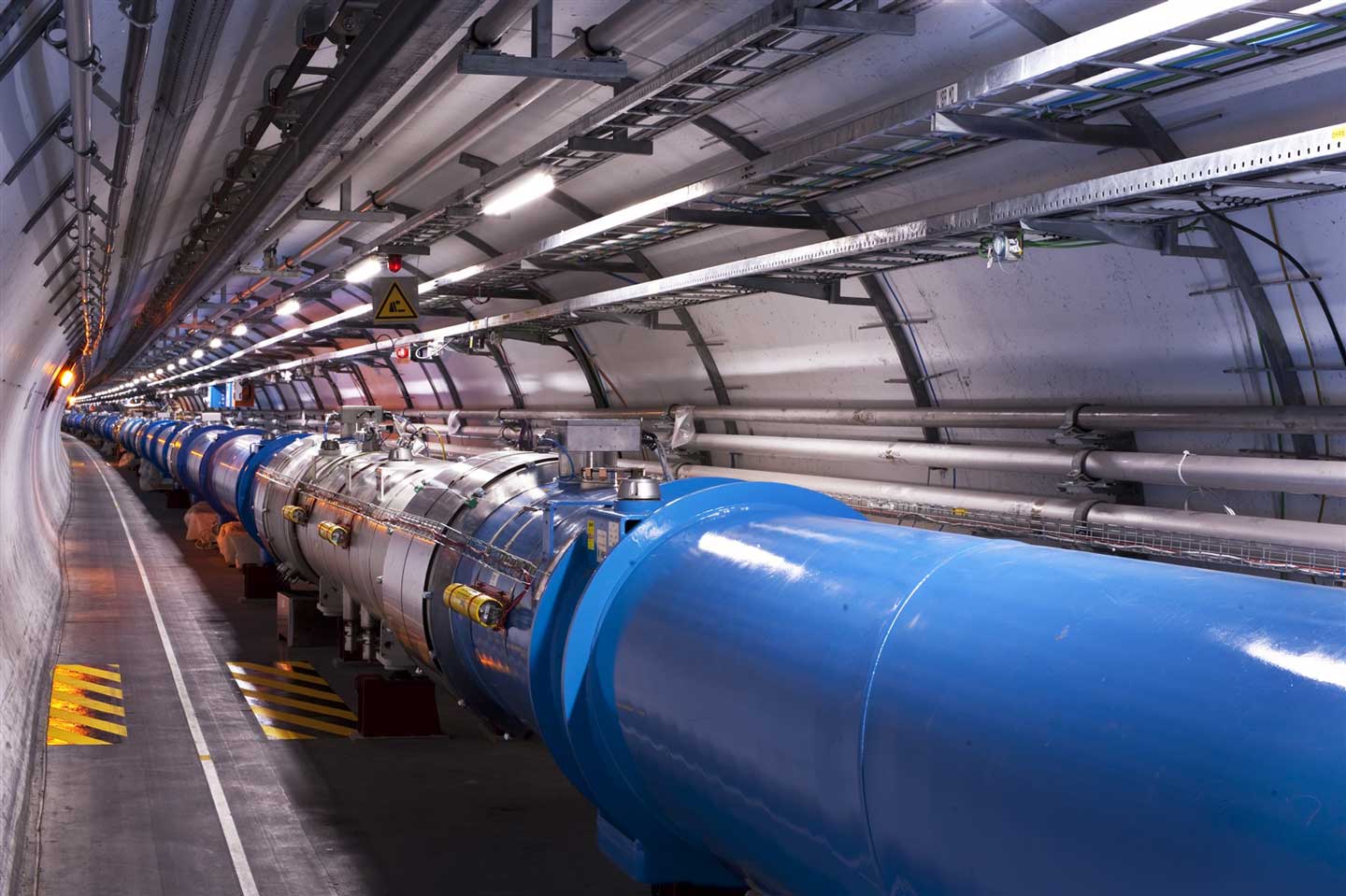 As with any particle accelerator designed to explore a new energy frontier, the operators at the Large Hadron Collider (LHC) have to take the machine up to its full operating potential step by step. Following the start of Run 2 at a new record energy in June, the LHC had delivered some 28,000 billion collisions to the large experiments by mid-August. Now it is on its way towards much faster delivery, as the operators work on progressively increasing the intensity of the proton beams in the machine.

The LHC is designed to circulate protons at nearly the speed of light, not in a continuous stream, but in bunches, each containing about 100 billion protons, separated by gaps of 25 nanoseconds (ns). Under these conditions, when the LHC is full, some 2800 bunches of protons will circulate the 27-kilometre accelerator more than 11,000 times per second.

During the LHC's first run, protons collided at energies of up to 8 teraelectronvolts (TeV) in bunches that were spaced apart by 50 ns. Now, the collision energy is 13 TeV and the bunch spacing down to 25 ns.

For this new regime, the LHC operations team is now subjecting the accelerator to rigorous testing with stable beams at 25 ns by slowly increasing the intensity. This follows a period of “scrubbing” at 25 ns around the end of July, to release gas molecules trapped in the surfaces of the beam pipes, which give rise to “electron clouds” that can destabilise the proton beam.

"The tests have thrown up several challenges," says Mike Lamont of the LHC Operations team. "For example, with 25 nanoseconds, the electron cloud is more of an issue."

This increase in beam intensity means that the accelerator hardware is running closer to its maximum tolerance than during the LHC's first run. The intensity increase has highlighted the need to replace some components in the magnet quench protection system in the next technical stop in early September. Nevertheless the superconducting magnets are behaving well, and the operations team has optimized the injection, ramping and focussing systems since Run 1.

"It’s early days," says Lamont. "We knew that running the accelerator at 13 TeV would be challenging. But 2015 is really a re-commissioning year. Though it may be a short year for proton physics, we're laying the foundations for 2016 and the rest of Run 2.