LHC: A proton 'reference' run to prepare for lead 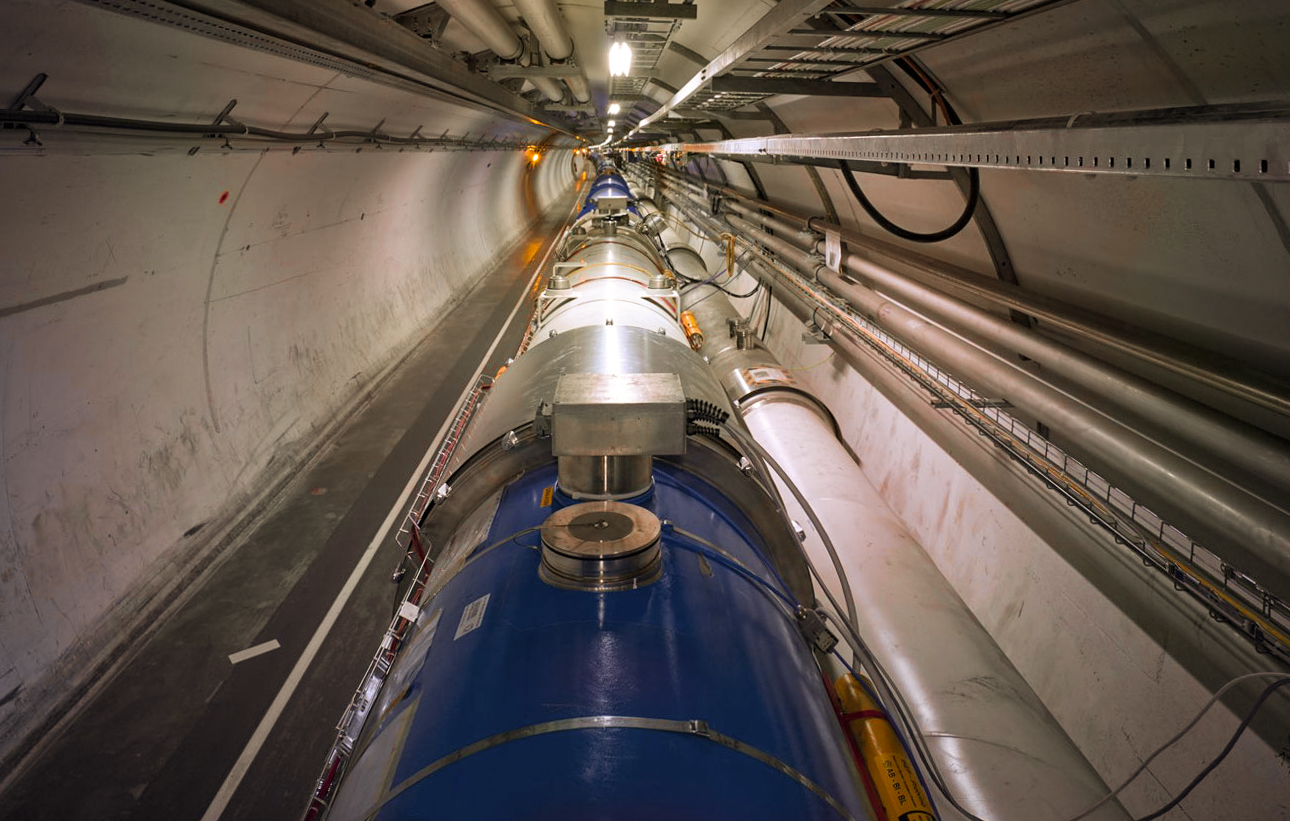 The LHC is colliding protons at the lower energy of 2.51 teraelectronvolts (TeV) per beam, to provide a baseline for collisions between lead ions (Image: Maximilien Brice)

With the proton run at 13 teraelectronvolts (TeV) now over for 2015, preparations are in full swing for the Large Hadron Collider (LHC) to investigate lead ions, as it does for part of each year. But first, the Operations team is colliding protons at lower energies than usual to provide a baseline for the lead run.

Collisions between lead ions are much more complex than those between single protons. When lead ions collide at energies of several teraelectronvolts (TeV), the extreme conditions give rise to a hot, dense soup of particles known as "quark-gluon plasma" – a state of matter thought to have existed just after the Big Bang. Experiments at CERN study this plasma to gain insights into the nature of the early universe.

To cut through the complexity of the lead fireball, CERN physicists will compare their lead-lead collision data with previous measurements from proton-proton, as well as proton-lead collisions.

"A lead nucleus in the LHC has 82 times the energy of a proton," says accelerator physicist John Jowett. "But that energy is distributed among its 208 nucleons (the protons and neutrons that make up the lead nucleus). As 82 divided by 208 is 0.39, it follows that one proton or nucleon in a colliding lead nucleus has just less than 40% of the energy of an independent proton colliding."

This is why, in today’s proton-proton run, the Operations team has adjusted the energy of the proton beam downwards. "For the upcoming collisions between lead ions, we will reduce the LHC’s magnetic fields a little – from the levels corresponding to a proton energy of 6.5 TeV, to 6.37 TeV – because that gives us the same centre-of-mass energy of 5.02 TeV per nucleon pair as we had in 2013, when we collided 4 TeV protons with lead ions," says Jowett. "The proton-proton reference data being taken this week is at 2.51 TeV per beam, which is the corresponding energy for protons. So finally the experiments will be able to make precise comparisons among data sets with three different combinations of particles colliding at the same effective energy."

Accelerator physicist Jorg Wenninger of the LHC Operations team says that preparing the LHC for proton beams at 2.51 TeV was relatively straightforward. “We had to re-commission the run to lower energy, find the collisions and set up all the conditions for physics,” he says. “But we already ran the LHC at high energy this year, so we can profit from experience. We will however apply one innovation: instead of squeezing the beam optics at the collision points after the energy ramp, we will perform both operations in parallel. If this is working smoothly, we may decide to use the same technique to shorten the LHC cycles in 2016 and beyond. ”

"This proton-proton reference run will give the experiments an idea of what the proton-proton equations look like; it gives them a comparison for the upcoming lead-lead collisions,” says Mike Lamont of the LHC Operations team.

The LHC experiments are also preparing for the lead-lead run. ALICE is specialised for heavy-ion physics, ATLAS and CMS have added calorimeters to the LHC tunnel, and for the first time, the LHCb experiment will take data from these heavy-ion collisions.