LHC restart back on track 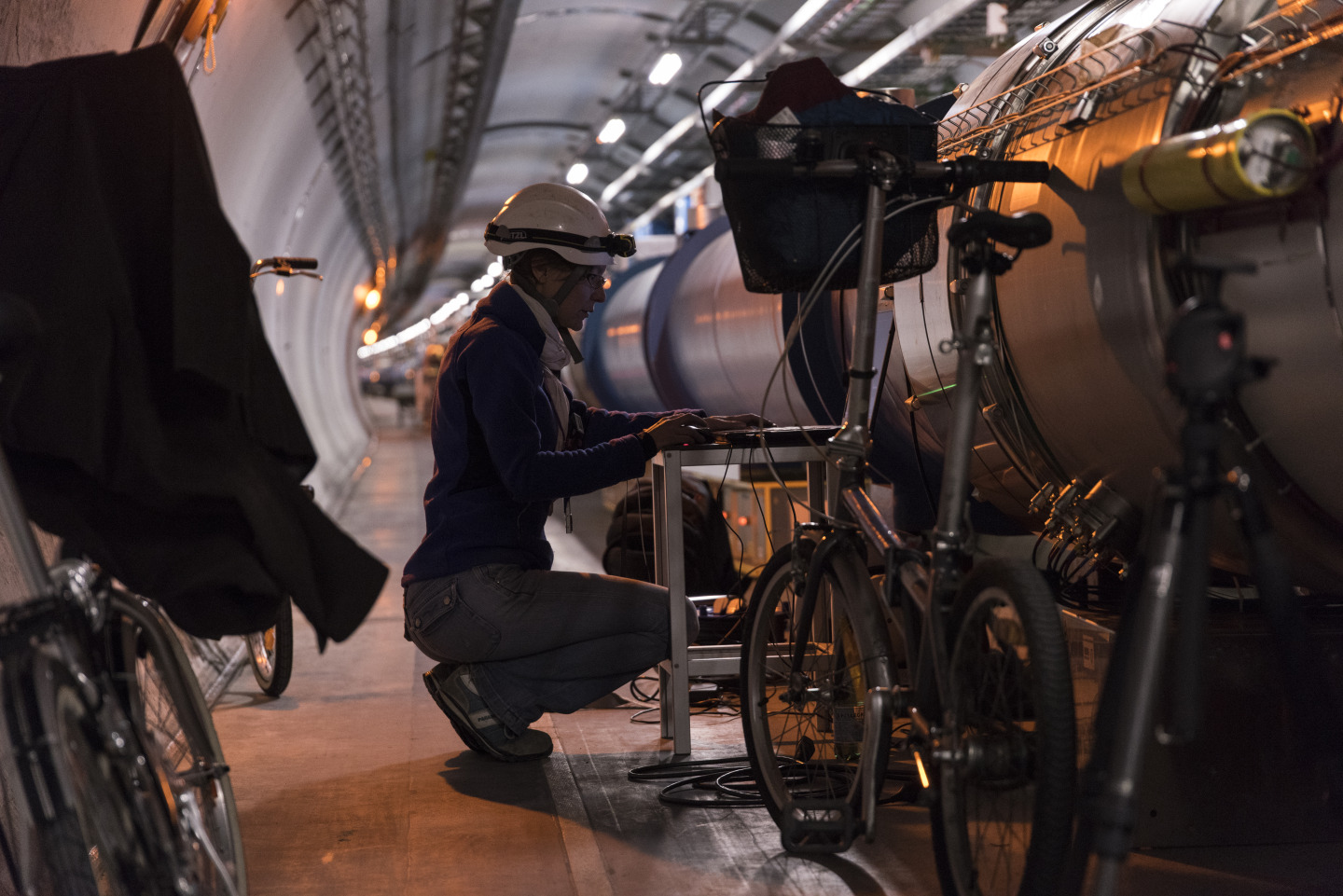 Various tests were carried out last week to identify the cause of the fault detected between a magnet and its diode. (Image: Maximilien Brice/CERN)

Yesterday, the teams working on the Large Hadron Collider (LHC) resolved the problem that had been delaying the restart of the accelerator. A few days ago, a short circuit to ground occurred in one of the connections between a magnet and its diode. These diodes are part of the protection system for the LHC’s superconducting magnets: they divert the current into a parallel circuit in the event of a quench, i.e. when the magnet changes from a superconducting to a conducting state.

During the training of the magnets for a beam energy of 6.5 TeV, a metal fragment became stuck in the connection, creating a short circuit to ground and preventing the diode from operating correctly. After having located the fault and carried out precise measurements, the accelerator teams decided to melt the metal fragment, in a similar way to blowing a fuse. Yesterday they injected a current of almost 400 amps into the diode circuit for just a few milliseconds, in order to make the fragment disintegrate. And it worked! Measurements made today showed that the short circuit had disappeared.

Now the LHC teams must requalify the sector in which the fault occurred, i.e. carry out current tests on all of the circuits, particularly the dipole magnet circuit which carries currents of up to 11,000 amps. Once these tests have been completed, the teams will begin the last steps for commissioning the whole machine. The largest collider in the world should be ready for beam in a few days’ time. Watch this space!

Kick-off for the 2017 LHC physics season

The LHC has restarted for its 2017 run