The LHC takes a break before heading to new heights

After two months at full throttle, the LHC is taking a short break to allow various studies of its operation 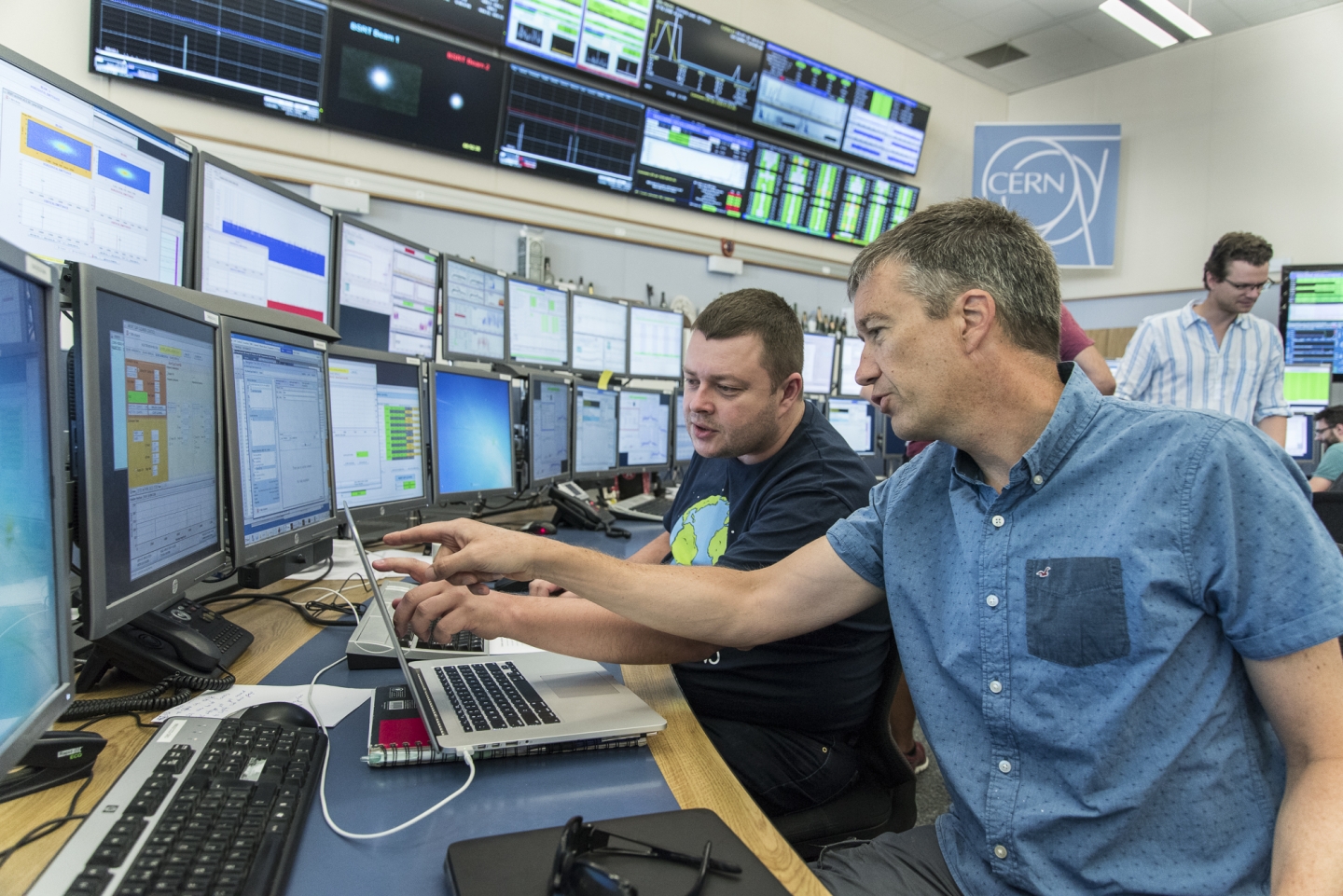 In the CERN Control Centre, Jan Uythoven and his colleagues perform studies to improve the operation of the LHC. (Image: Maximilien Brice/CERN)

The Large Hadron Collider (LHC) has been on Olympic form recently. In just two months, the accelerator delivered almost five times as much data as in the whole of 2015, smashing one record after another for luminosity, i.e. the number of collisions. The counter for integrated luminosity, which indicates the cumulative number of collisions delivered to the experiments, is approaching 20 inverse femtobarns (fb-1), not far from the 25 fb-1 target for 2016 as a whole!  This is great news for the experiments, which have been able to add data to their analyses ahead of presenting their latest results at the ICHEP 2016 conference, which begins in a week’s time in Chicago in the United States.

The LHC operators have been clocking up long periods of operation, during which the beams have been circulating and colliding without a single hiccup along the way. You might think that the operators just sit there twiddling their thumbs while the beams circulate, but this couldn’t be further from the truth. The LHC is operating so well thanks to their constant checks and adjustments, which improve the operation of the accelerator and its thousands of components. And sometimes they stop the collisions altogether to carry out detailed studies of the accelerator, as is the case this week. Twenty days each year are devoted to these so-called machine development periods.

“Studies like those we are carrying out this week have helped to pave the way for the excellent performance at the LHC in recent months,” says Jan Uythoven, who is in charge of the current machine development period. “The tests we’re doing are essential to maintain and even improve the performance of the LHC over the coming months and years.”

One of the main goals of the tests is to increase the luminosity even further. To do this, the operators can play with the size of the beam at the collision points in the centre of the experiments. The more the proton bunches that form the beam are compressed, the better the chances of collisions. “We are testing new settings for the quadrupole magnets that focus the beam,” explains Jan Uythoven. Another area being studied is beam instability, which is one of the operators’ pet hates. Each time that beam intensity is increased or the way in which the accelerator is filled is changed, the operators have to adjust all of the machine’s parameters to avoid the beams becoming unstable. When instabilities arise, the operators have to stop the beams and dump them. Another aspect of the current tests concerns the optimisation of the process for injecting proton bunches, in order to reduce the spreading of the beam.

After six days of studies, the LHC will resume its collision marathon next Monday.