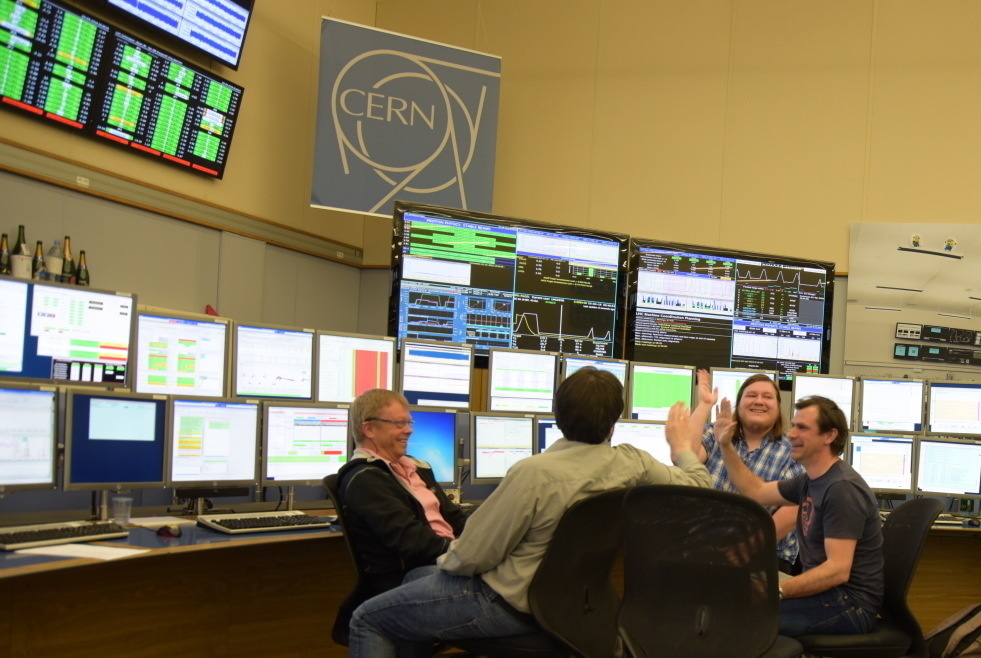 This weekend, CERN's Large Hadron Collider (LHC) moved to the next step in its re-commissioning programme, which started when it took beam for the first time this year, back in March. The operations team declared low-intensity “stable beams”, generating collisions in the experiments.

These first stable beams had up to 12 bunches of protons per beam. Each bunch contains around 100 billion protons, moving at almost the speed of light around the 27-kilometre ring of the LHC. They cross each other at the centre of the four big experiments (ALICE, ATLAS, CMS and LHCb).

These collisions with low-intensity beams will be used by the experiments to calibrate their detector and to prepare the second run of physics at collision energy of 13 TeV.

After this first phase of collisions with only a few bunches, several days will be devoted to scrub the accelerator’s beam pipes, a necessary step before increasing the number of bunches (the intensity of the beams).

CMS hunts for dark photons coming from the Hi...