Too quiet to hear a particle drop 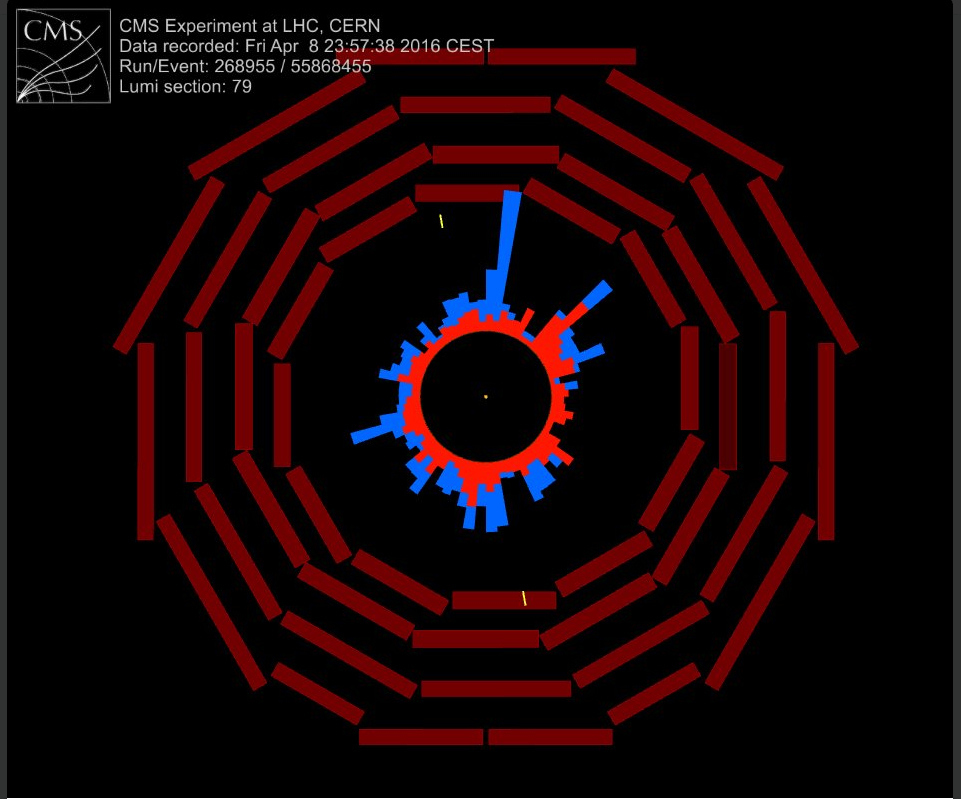 An event display showing the first collisions after the 2015 year-end technical stop as seen by the CMS experiment (Image: CERN)

Since 25 March 2016 the LHC has quietly been sending bunches of particles back into the Large Hadron Collider (LHC) beam pipe.

Last week, due to a number of innovative developments and impressive work from those involved in the restart, the beam was ramped up earlier than expected to an energy of 6.5 TeV.

As of Friday, 8 April 2016 physicists were confident to move to the next stage of the restart – fine-tuning the set-up for colliding beams.

To do this they circulate a small number of particle bunches around the LHC and bring them into collision at top energy. Full-scale data taking by the experiments is not possible at this stage but these early tests, known as ‘quiet beams’, give the experiments their first sight of collisions.

The design of the LHC allows more than 2800 bunches of protons to circulate in each beam at a time. But the LHC Operations team will start collision tests with just one or two bunches per beam to be certain that the beams are colliding properly and that they know the exact points that the beams interact.

In the meantime, the large LHC experiments, ALICE, ATLAS, CMS and LHCb will use the test data to check specific parts of their detectors for the upcoming physics run.

The LHC Operations team plans to declare "stable beams" in the coming weeks – the signal for the LHC experiments to start taking physics data again.