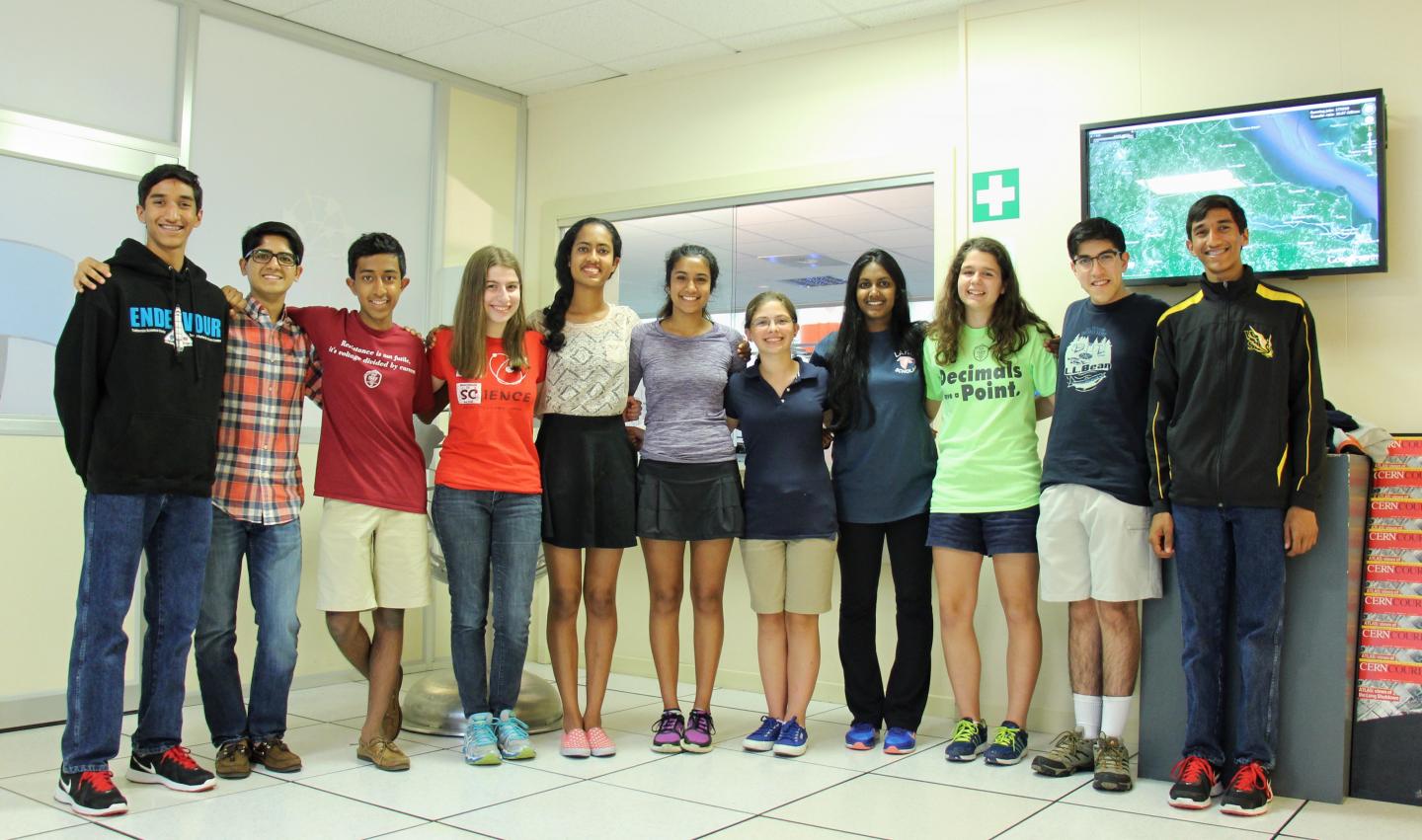 The high-school students who won the CERN Special Award at the Intel International Science and Engineering Fair (ISEF) 2015. Pictured on a visit to CERN (Image: Andrew Purcell)

This week, CERN hosted the 11 young students who won the CERN Special Award at the Intel International Science and Engineering Fair (ISEF) 2015. These winners were selected from the 1700 high-school students who participated in the competition.

The students — aged between 14 and 17 — spoke to researchers at CERN and had the opportunity to see some of the laboratory’s impressive technology up close. Sites visited include the LEIR accelerator, the CMS cavern, the Data Centre, the Synchrocyclotron, the Antiproton Decelerator, and the CERN Control Centre. The students also visited several sites in the local area, such as the Chamonix valley and Chillon Castle near Montreux.

“Seeing the accelerators was really cool,” says Nitya Mani of the Harker School in San Jose, California. “It was great to have the chance to get so close.”

“Our visit has given us an excellent overview of the wide range of research that goes on at CERN,” says Julia Sakowitz from the Brearley School in New York. “I’m now really interested in coming back and contributing to this work myself.”

“Of course, it’s not just about us providing inspiration and encouragement for these budding researchers,” says Jan Iven, one of the members of the CERN IT Department responsible for organising the visit. “The students also inspire all the people they meet here at CERN with their work and dedication!”

The competition, which is a programme of the Society for Science and the Public, is the world's largest pre-university science competition. Find out more about the students’ projects on the competition website, here.