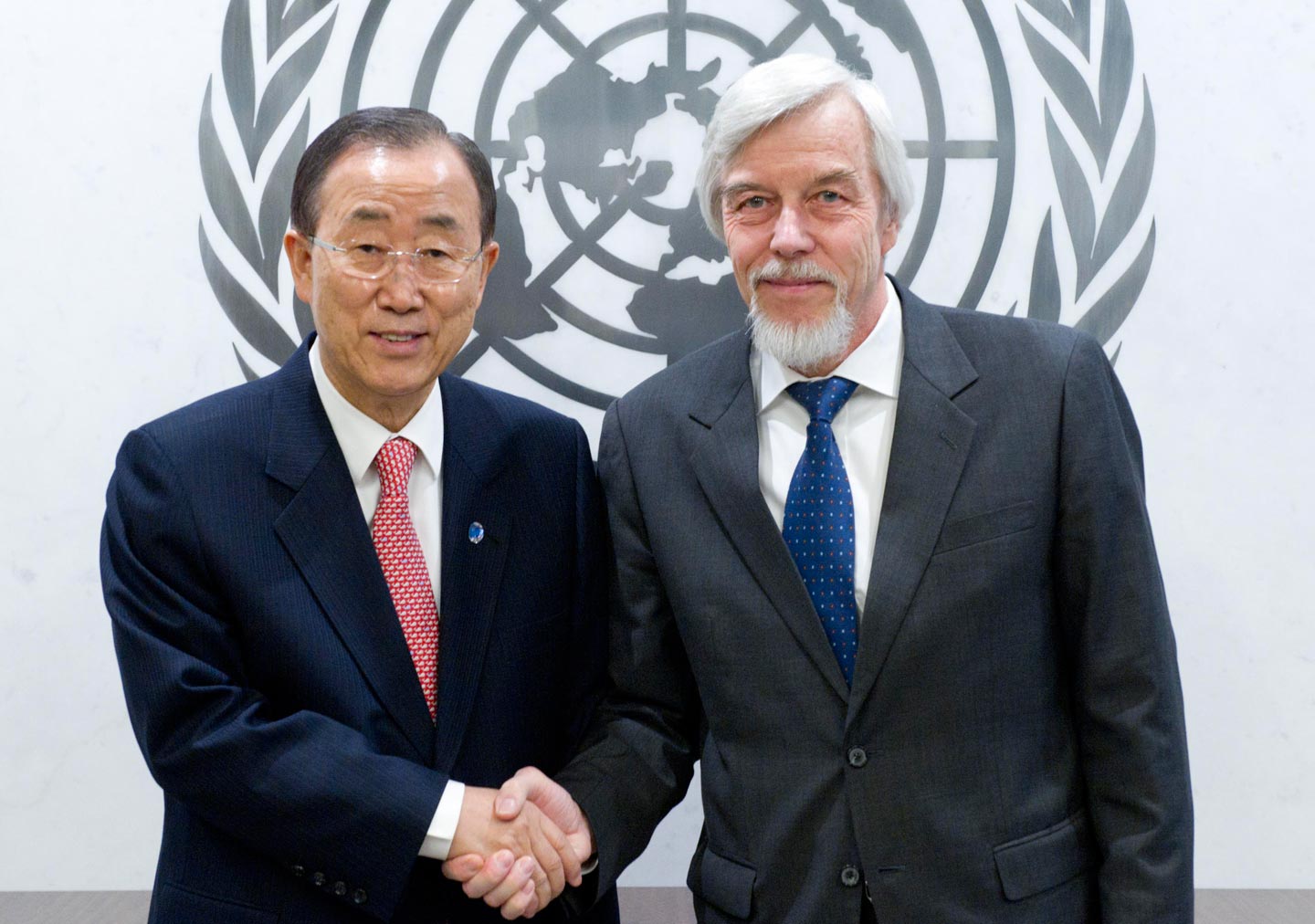 On 17 December CERN's Director-General, Rolf Heuer, met with Ban Ki-moon, Secretary-General of the United Nations (UN). Their meeting follows CERN's accession to status of observer at the United Nations General Assembly on 14 December. The two leaders discussed CERN's new status and how the laboratory can contribute to the Assembly's work. Rolf Heuer pledged that CERN was willing to actively contribute to the UN's efforts to promote science. In particular, CERN can help with the 'Science for sustainable development' initiative coordinated by UNESCO, and with objectives of the post-2015 agenda.