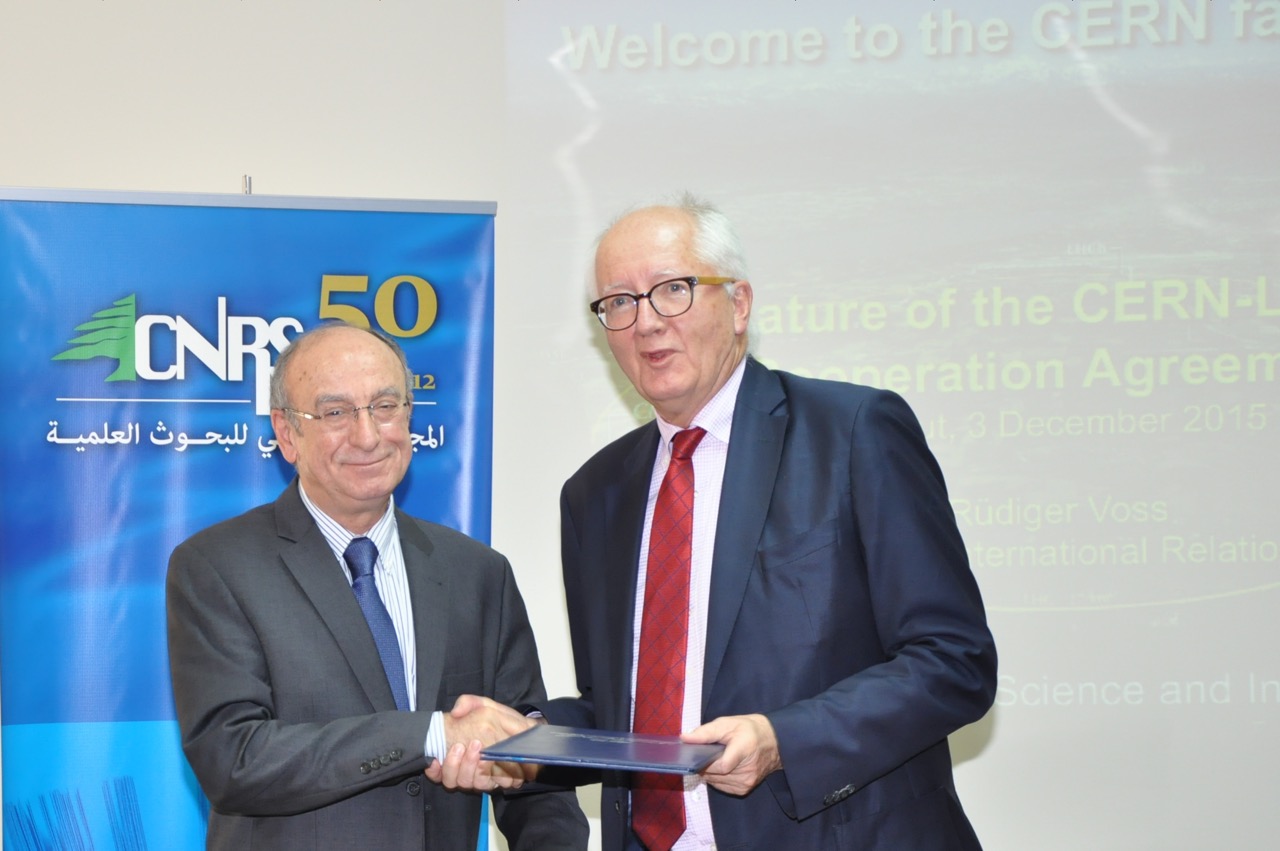 On 3 December 2015, CERN signed an International Cooperation Agreement (ICA) with the Lebanese National Council for Scientific Research, CNRSL, paving the way for future collaboration with Lebanese academia. Soon after, on 18 December, a second ICA was signed with Palestine, allowing CERN to forge stronger links with Palestinian Universities.

Lebanese researchers have long had links with the CERN theory group, and have recently expressed an interest in joining LHC experiments. Three Lebanese doctoral students active on LHC experiments gave talks at the signing ceremony, held at the Lebanese University in Beirut, where Lebanon also expressed immediate interest in the heavy-ion programme at the LHC and in hardware upgrades on CMS. Links between CERN and Palestine have so far been more limited, with a number of individuals working on CERN programmes, and Palestinian participation in CERN summer student programmes. However, this new agreement opens the way for Palestinian researchers to join the ATLAS collaboration.

CERN already has a high level of engagement in the Middle East and North Africa region. “These two signatures complement existing ICAs with Iran, Jordan, Saudi Arabia and the United Arab Emirates, and well established contacts with Oman and Qatar,” said Patrick Fassnacht, advisor to the Director-General for the region.

In 2014, Israel became CERN’s 21st Member State, cementing a long-standing partnership. Moreover, CERN plays an important role in the region’s first intergovernmental research organisation, SESAME, a third-generation light source scheduled to start commissioning in 2016. As manager of the European Commission funded CESSAMag project, CERN is coordinating the production of magnets and power supplies for the facility.