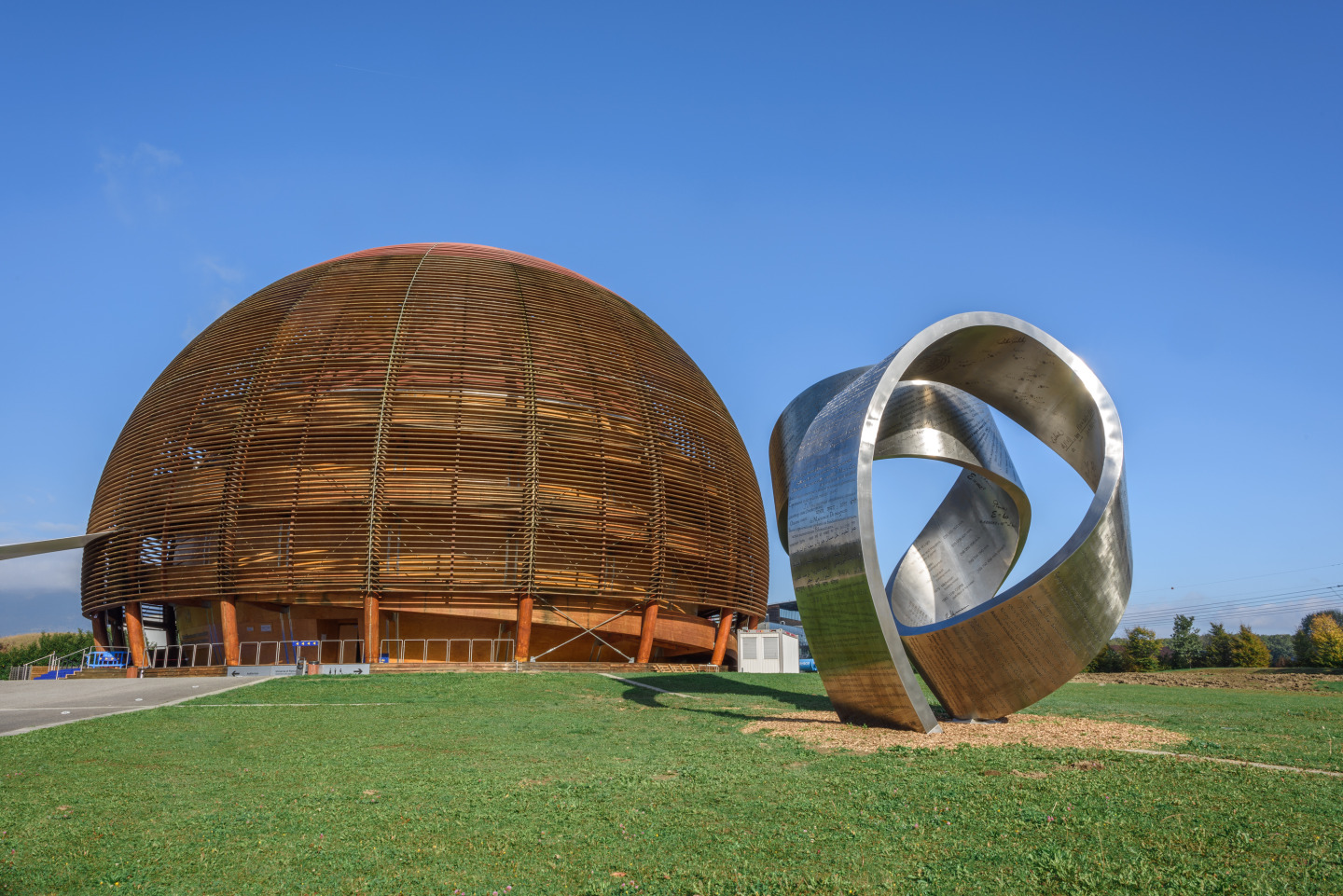 "Wandering the immeasurable" – a 15-tonne sculpture next to the Globe of Science and Innovation<span> (Image: CERN)

At a ceremony on Saturday morning, CERN Director-General Rolf Heuer and Mayor of Meyrin Monique Boget inaugurated "Wandering the immeasurable" – the 15-tonne steel sculpture by the Globe of Science and Innovation.

Twisting 11 metres into the air, the sculpture, which is shaped like a giant ribbon, pays homage to great discoveries in physics through the ages. Some 37 metres of steel are laser cut on the outside surface with 396 discoveries in their language of origin. Each shows a scientist's name and the year and nature of his or her breakthrough in the field of physics, astrophysics or mathematics.

The first inscription, written in cuneiform at the base of the sculpture, deals with sexagesimal calculations, discovered by the ancient Mesopotamians in around 1500 BC. Greek inscriptions follow from early thinkers such as Archimedes, before Chinese, Sanskrit and Arabic make their mark.

Electroplated on the inside surface of the sculpture, these same discoveries are represented with scientific symbols – early Babylonian sky maps and algebraic equations including Pythagoras' theorem and Einstein's famous e=mc2, culminate with the complex Langrangian equation that describes the Standard Model of particle physics.

"The steel ribbon rises from the Earth and twists as if on a peregrination – the science does not know where it will lead," says CERN's Bernard Pellequer, who initiated the sculpture project.

The sculpture was designed by Canadian artist Gayle Hermick and made possible by a one-off donation from the Fondation Meyrinoise du Casino. Swiss metalwork firm SENN-AG put the steel together.