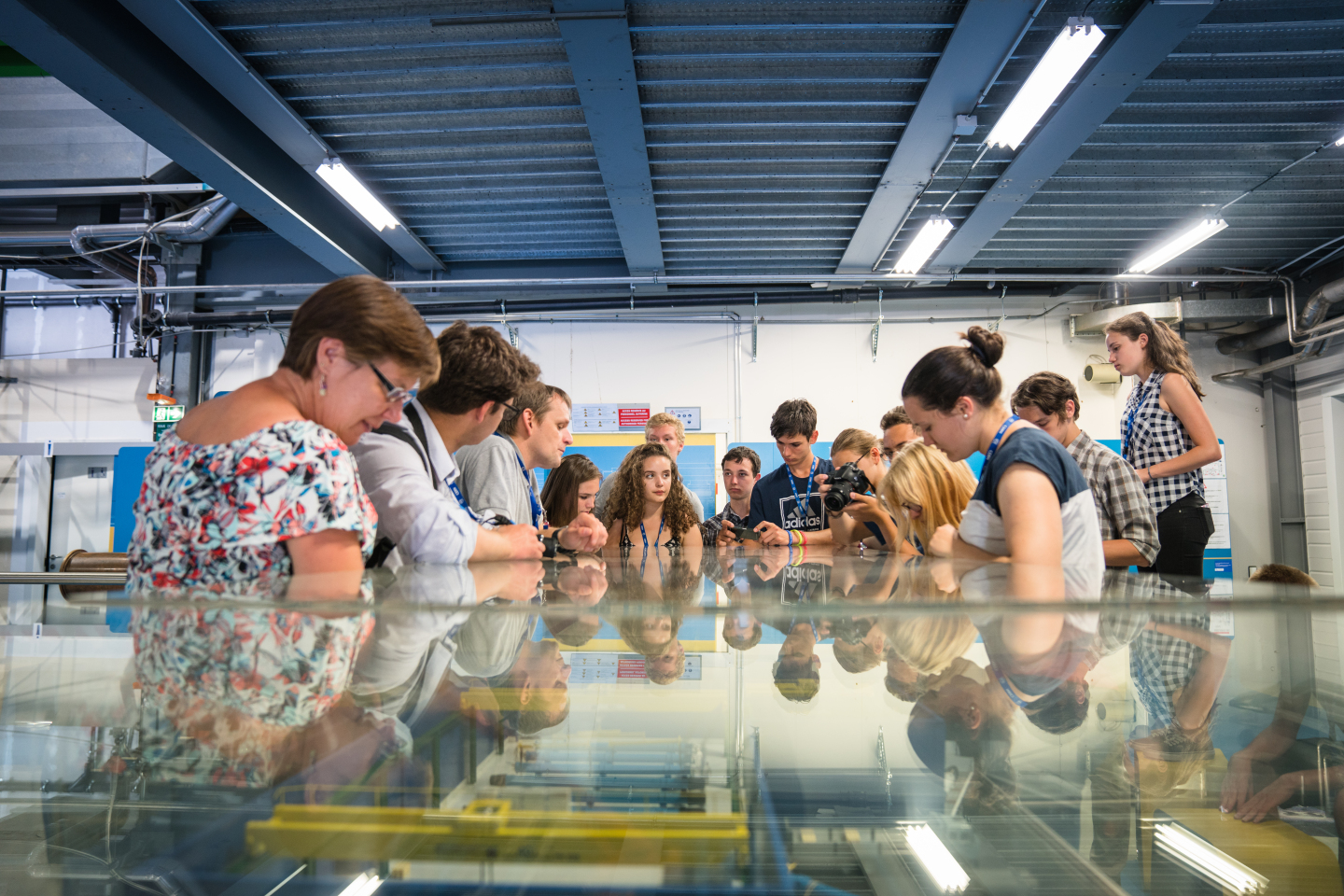 The first students participating in the High-School Students Internship Programme (HSSIP) during their visit to SM18 (Image: Julien Marius Ordan/CERN)

At CERN, you can see student interns all year round, but this year you may also spot the first participants of the official High-School Students Internship Programme (HSSIP). HSSIP is a programme developed by the ECO group’s Teacher and Student Programmes section to engage students from a young age with scientific research and innovation.

The HSSIP was launched in May 2017 with the arrival of a group of 22 Hungarian students, aged between 16 and 19. They were offered an intense two-week  internship at CERN, during which they took part in many diverse activities. Accompanied by mentors of the same nationality, the students got a deeper insight into particle physics by working on their own projects, through a variety of visits, and through a cloud chamber workshop at CERN’s S’Cool Lab. The students also participated as a team in the CERN Relay Race – the annual running competition held on CERN’s campus – and finished second.

The students were selected by a national committee headed by Dezsö Horváth – Professor Emeritus at Wigner Research Centre for Physics in Budapest. High-school physics teachers were asked to propose their best students to take part in the programme. “More than 50 applications were received and the selection of the final students was a challenging task. We paid special attention to diversity and finally we selected students from 21 different high schools in Hungary,” says Peter Jurcso, who is responsible for the Hungarian Programme at CERN.

“Participating in the programme had many benefits for me. I learned a little bit of programming and how to work efficiently in a team. The people here are great – I can talk to anybody and I can ask anything. I definitely want to come back here one day as engineer,” said Daniel Nagy, one of the students who took part.

“It is wonderful to get out of the classroom where everything is in theory and to see how things are happening in the real world. It is amazing for me to see how every physicist programmes, and how managing big data requires such types of knowledge as well,” commented Balazs Mehes, also part of the group.

The Hungarians had the opportunity to discover science, technology, engineering, and mathematics in the CERN context and environment, to strengthen their understanding of science and to develop their skills in a high-tech environment. “We are delighted that the HSSIP is now officially included among our various educational offerings,” commented Sascha Schmeling, head of the Teacher and Student Programmes section at CERN.

Hungary is one of the five pilot states – Bulgaria, France, Hungary, Norway and Portugal – that will participate in the programme. Over the following years, the programme will be made available to all CERN Member States. The internship is held in one of the national languages of the Member State concerned.

More information about the upcoming programmes can be found here.

CERN also runs highly successful educational programmes for teachers and students. In 2016 a milestone was reached when the 10,000th teacher came to CERN as part of the International High School Teacher (HST) programme.