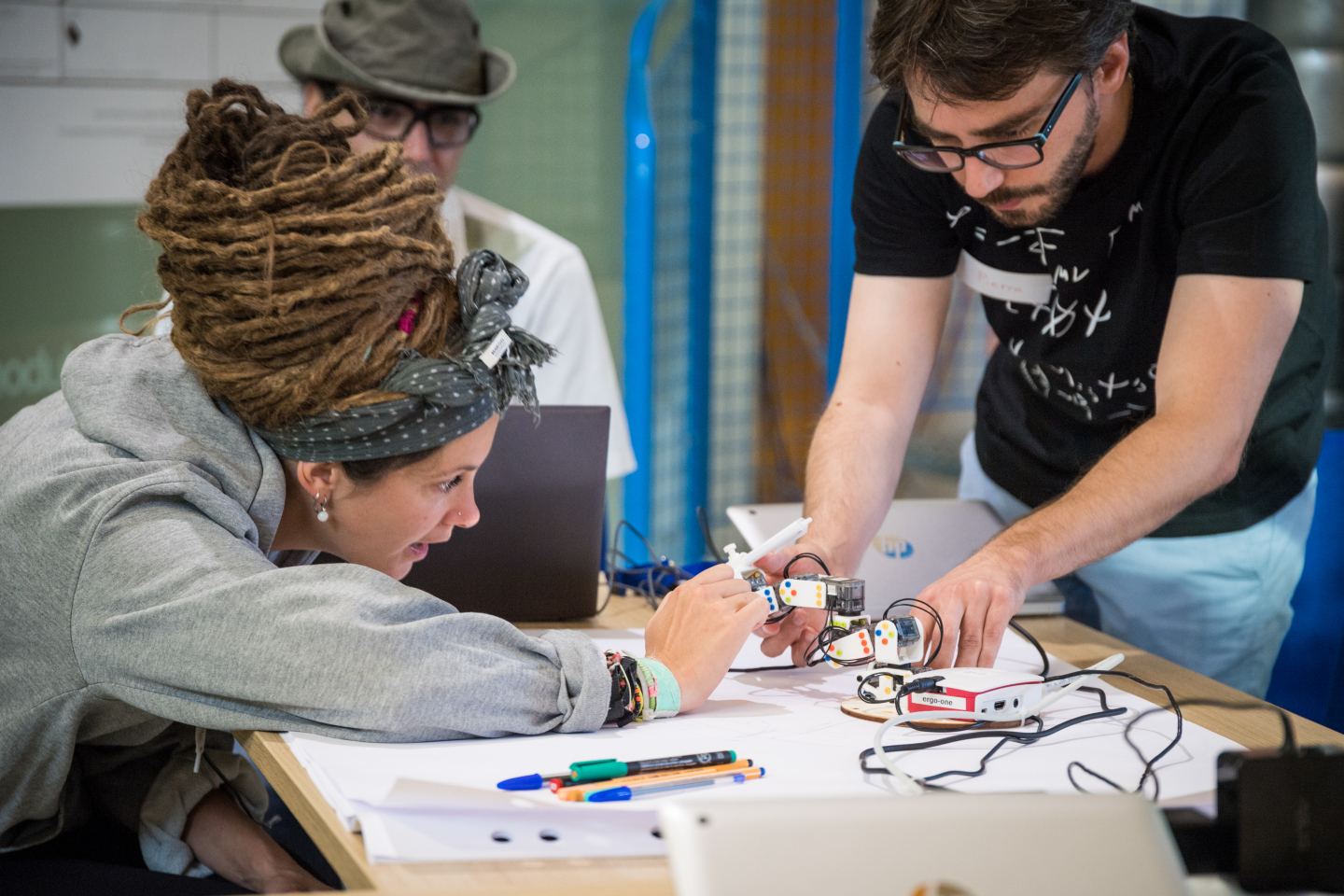 Both children and adults had the opportunity to programme a robot. (Image: Sophia Elizabeth Bennett/CERN)

Researchers’ Night 2017 at CERN: a resounding success with over 1400 visitors

On Friday, 29 September, the Globe of Science and Innovation hosted a crowd of science fans for Researchers’ Night. Between 5.00 and 11.00 p.m., 1400 visitors were given an enthusiastic welcome by a fantastic team of volunteers, who introduced them to the mysteries of bioluminescence, gave them a tour of the antimatter factory, showed them how to programme a robot and transported them to outer space in a debate with astronaut Matthias Maurer.

By happy coincidence, the event coincided with CERN’s birthday, so the first 400 visitors were lucky enough to receive a delicious cake.

CERN at the United Nations Office at Geneva Open Day

On Saturday, 7 October, CERN took part in the Open Day of the United Nations Office at Geneva, which was an opportunity to present the Laboratory’s research and discoveries to the 14000 visitors in attendance. Visitors old and young had the chance to talk to the enthusiastic volunteers, take virtual reality tours of the experiments and learn about how CERN contributes to the UN’s sustainable development goals. You can read more about this subject here. CERN’s participation was highly appreciated by everyone involved and it was an ideal opportunity to demonstrate once again the importance of fundamental science and education for the whole planet. A great illustration of CERN’s position at the heart of International Geneva.

The next event for the general public will be the Automnales fair, at which CERN will be this year’s guest of honour. We’re still looking for volunteers for this event, so why not take part as a CERN ambassador?
For more information, visit this website.