With a record participation of 128 teams of six runners each, this year’s CERN Relay Race took place on 19 May on the Meyrin site 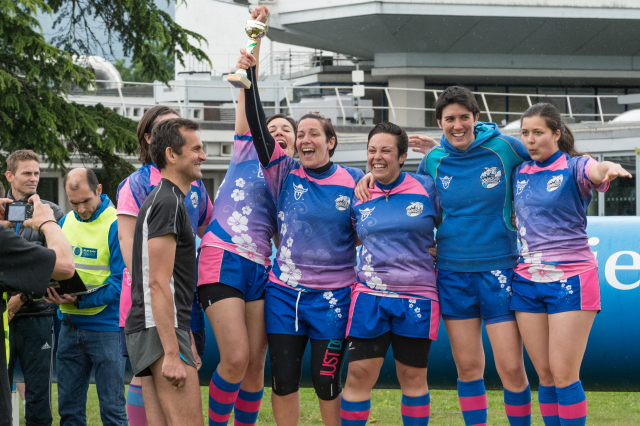 One of the many winning teams from the 2016 relay race (Image: Sophia Bennett/CERN)

With a record participation of 128 teams and 768 runners, this year’s CERN Relay Race took place on 19 May on the Meyrin site.

The teams were mainly composed of CERN staff or contractors working on the CERN site.  A few external teams took also part in the race. Times ranged from 10 min 19 s to over 18 min.

The Running Club website now has both the results, and the photos from race day.

The CERN Relay Race is jointly organised every year by the CERN Running Club and the Staff Association. It is a tradition that is appreciated by many as a team building, rather than a competitive, event.

The CERN Running Club wishes to thank all runners and all volunteers for making this event a success.