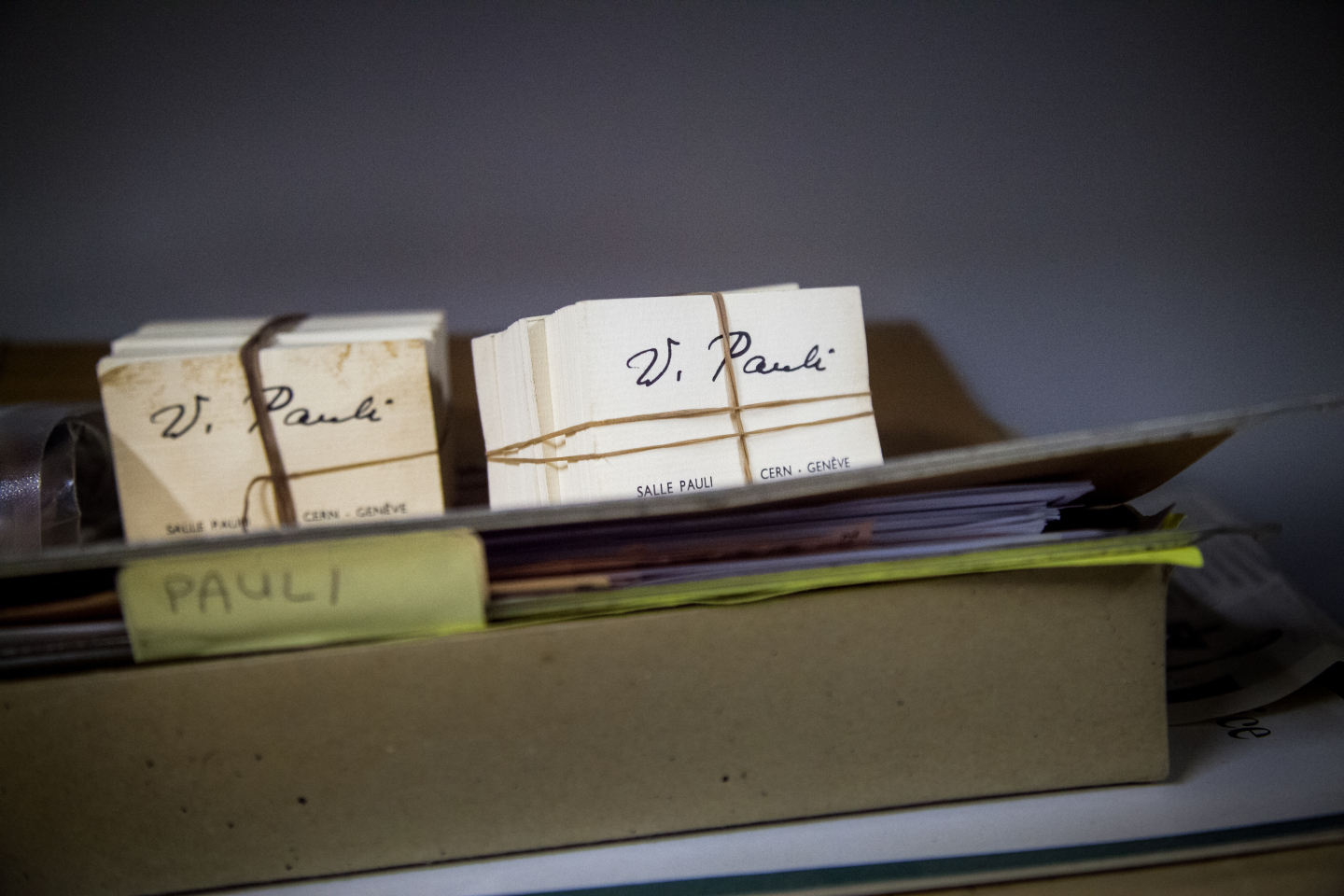 CERN Archives opened their doors to photographers during the Photowalk event in 2015, revealing their treasures of the past, such as the documents donated by the widow of the Nobel prize-winning Wolfgang Pauli (Image: Gaetano Cessati)

International Archives Day, 9 June, is an opportunity to discover a little-known CERN resource. Unlike libraries, archives tend to be hidden away. You can’t browse among the shelves, or borrow files to use in the workplace, but sometimes they contain just the information you need.

CERN’s rich heritage has many parts: its scientific data, the black and white photos recently put online by the Library, the audio-visual collection, currently being digitized by the IT department, historic objects in the care of the IR-ECO group, and much more - not least the memory of its people.

The CERN Archive exists in the background, supporting other endeavours and preserving our documentary heritage for future generations. About 1000 shelf metres of files filled with letters, notes, reports, rough drafts, memos such as this report, by Miss Steel,  are preserved. You can browse more examples on our timeline.

It is a place for information on all aspects of CERN’s history. Sometimes documents provide detailed information, such as measurements that facilitate maintenance of old infrastructure. Sometimes they clarify a policy decision taken several decades ago, or allow old research to be reused in new ways. Sometimes they enrich our understanding of other historical resources. Guido Franco’s 1968 film about CERN  is great fun to watch, but 50 years later it’s even more interesting to read about the controversy that his approach stirred up. Some people were enthusiastic, saying he’d captured the spirit of particle physics research, others thought his frivolous portrayal of scientists would ruin CERN’s reputation.

Archives contain records written during the ordinary course of business, so they tend to give a very honest view of what was going on. That doesn’t mean every document tells the truth. To understand fully you need to read documents in context and consider the creators’ intentions. That’s why archival management is governed by respect for the integrity, provenance and original order of the material. Rearranging files in a more user-friendly way would destroy much of the contextual information, and unsupervised access would compromise their evidential value.

CERN also owns the scientific archive of 1945 Nobel-prizewinning physicist Wolfgang Pauli. This small but historically valuable collection was donated by Pauli’s widow who, with the help of friends, tracked down originals or copies of his letters. His correspondence, with Bohr, Heisenberg, Einstein and others, provides an invaluable resource on the development of 20th century science. What would have happened if Pauli’s letters had been e-mails?

Most items in the Pauli collection have been digitized and are available online. The Archive also includes photographs, manuscripts, notes, and a rare audio recording of Pauli lecturing in 1958.

If you wish to explore CERN’s collections: