40 years ago this week, the Super Proton Synchrotron accelerated its first particles 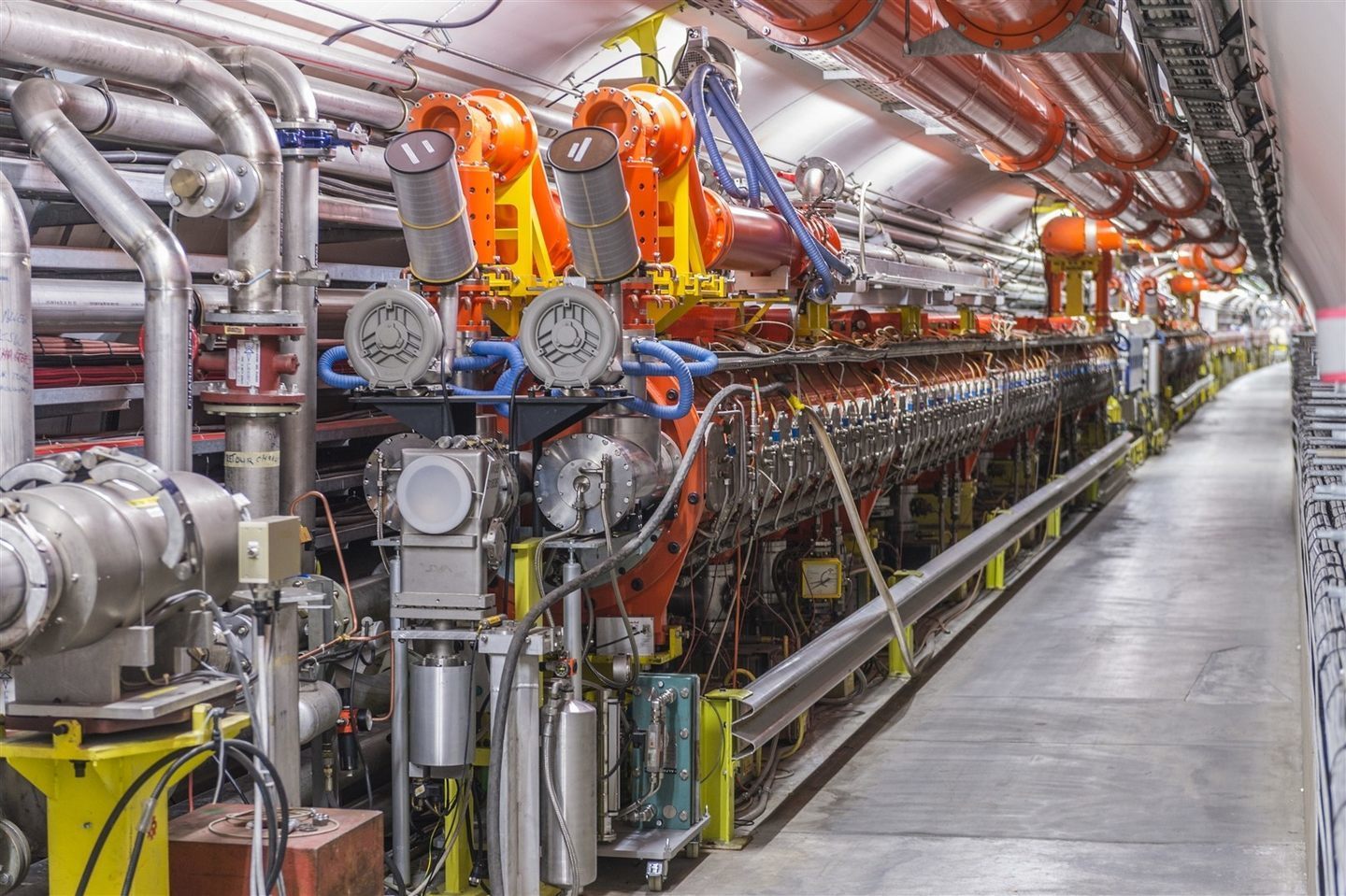 The Super Proton Synchrotron (SPS), CERN’s second-largest accelerator, is celebrating its 40th birthday. But the 7-kilometre-circumference accelerator is not getting a break for the occasion: it will continue to supply the Large Hadron Collider (LHC) and several fixed-target experiments with protons and heavy ions.

The SPS began life in a particularly spectacular fashion. On 17 June 1976, the machine, a giant among its contemporaries, accelerated protons to 300 gigaelectronvolts (GeV) for the first time. During his announcement of the successful start-up to the CERN Council, the Director-General, John Adams, who had led the design of the SPS, requested authorisation to increase the brand-new accelerator’s energy. Just a few minutes later, it reached an energy of 400 GeV.

A second key moment for the accelerator came five years later, when, in a real technological masterstroke, it was transformed into a proton-antiproton collider. This revolutionary collider allowed the discovery of the W and Z bosons two years later, an achievement for which the Nobel prize was awarded in 1984.

Now an essential link in CERN’s accelerator complex, the energy of the SPS has been increased to 450 GeV and for 40 years the machine has been supplying various types of particles to dozens of different experiments, from the heavy-ion programme to studies of charge-parity violation (the imbalance between matter and antimatter) and of the structure of nucleons. At present, for example, it supplies particles to the COMPASS, NA61/Shine, NA62 and NA63 experiments, and it will shortly start sending protons to the new AWAKE project, which will test innovative acceleration techniques. The SPS also sends particles to test areas for equipment and detectors, including the HiRadMat project.

Since 1989, when its big brother, the Large Electron-Positron Collider (LEP), was commissioned, the SPS has served as an injector, forming the last-but-one link in the accelerator chain. It supplied LEP with electrons and positrons until the end of 2000. It now accelerates protons and lead ions for the LHC, which replaced the LEP in the 27-kilometre tunnel.

See also the article in the CERN Courier published on the occasion of the SPS’s 25th birthday.