At a ceremony today at CERN, the Israeli flag was hoisted for the first time to join the other 20 flags of the organization’s member states 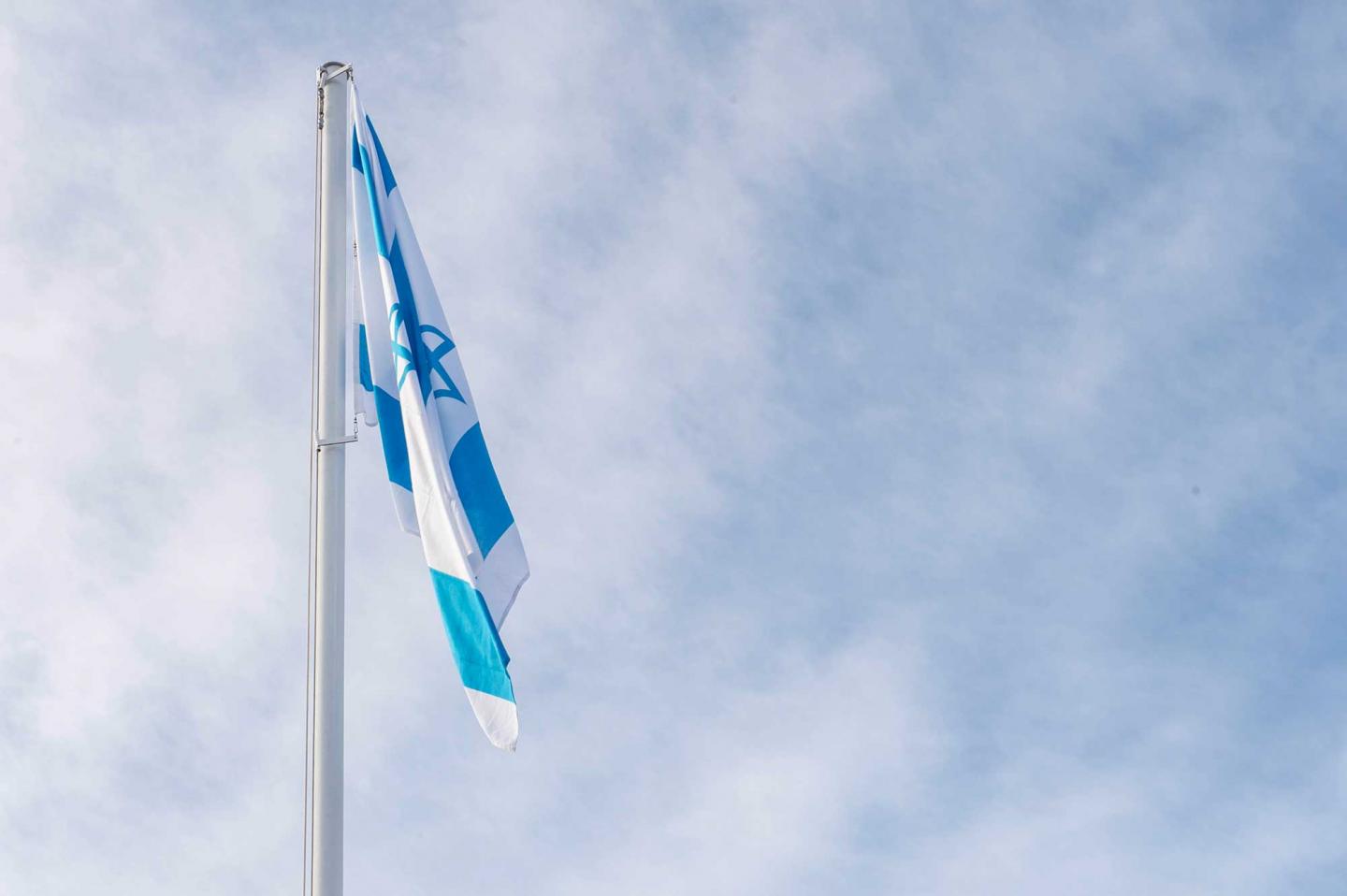 At a ceremony today at CERN, the Israeli flag was hoisted for the first time to join the other 20 flags of the organization’s member states, after UNESCO officially recorded Israel's accession as a new CERN member state.

Following the ceremony, Mr Avigdor Liberman, Deputy Prime Minister and Minister of Foreign Affairs of the State of Israel, visited the tunnel of the Large Hadron Collider (LHC) and the ATLAS experiment, accompanied by a delegation of officials and representatives of the Israeli scientific community.

"In my visit in CERN today, I have witnessed the frontiers of science. I have realized the scope of collaboration between Israel and CERN. Israeli scientists and their CERN colleagues share a dedication to scientific excellence, technological development and education. Israel and CERN share ideals and goals and therefore have a wide prospect for cooperation," said Mr Avigdor Liberman.

"I am very honoured as Director-General to welcome Israel as a new member state. CERN and Israel have already a long history of mutual collaboration, and this day will undoubtedly be memorable, promising increasingly fruitful scientific cooperation between CERN and the Israeli physics community," said CERN’s Director-General Rolf Heuer. Israeli dignatories and representatives of CERN watch the flag being raised outside the Meyrin site in Switzerland this morning (Image: Maximilien Brice/CERN)