Hélène Langevin-Joliot, physicist and granddaughter of Pierre and Marie Curie, will give a lecture at CERN on 29 June 8.30 p.m. – follow the webcast! 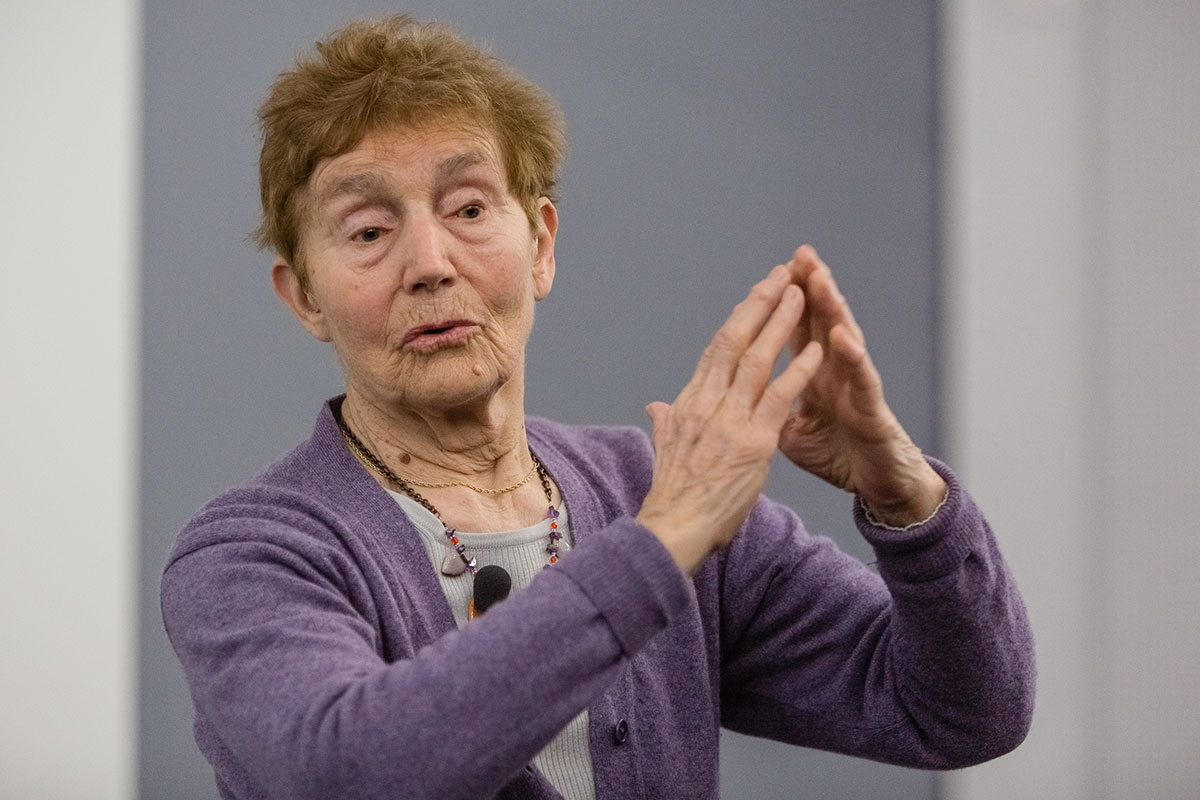 Is there still a glass ceiling for women in science in 2017?

Physicist and granddaughter of Pierre and Marie Curie, Hélène Langevin-Joliot, will lecture at 8.30pm on 29 June at CERN in the Globe of Science and Innovation. Now the emeritus research director in fundamental nuclear physics at the CNRS in Orsay, France, she has witnessed first-hand the progress of women scientists throughout her long and very productive career.

The lecture, in French with simultaneous interpretation into English, will be webcast here.

From an eminent family of scientists (no less than four Nobel Prizes in chemistry and physics), and herself a researcher, she will talk about her career as a woman in a traditionally male-oriented profession.

“In France, the disparities between different disciplines became clear to me, as well as the effects of the glass ceiling,” she says. “Then the issue of gender equality took on a new significance, with new generations of women becoming more conscious of discrimination.”

Langevin-Joliot, daughter of Frédéric and Irène Joliot-Curie and granddaughter of Pierre and Marie Curie, grew up in an extraordinary and intellectually stimulating environment. “At school, I was only really passionate about solving maths problems. I found physics boring, too much about applying rules,” she recalls. “But my mother got hold of some experimental equipment for me and that was how I began to enjoy doing a bit of physics and chemistry.”

To say that the Curie women were feminists would be an understatement. Her mother and grandmother, both pioneers in their fields, supported her ambitions from a very early age and encouraged her to fight for important causes, such as helping women to access scientific careers and increasing scientific literacy among the general public.

Highlights from the ATTRACT deep-tech confere...