After Howie Day heard a parody of his 2004 single “Collide”, he flew to Switzerland to sing it at the LHC 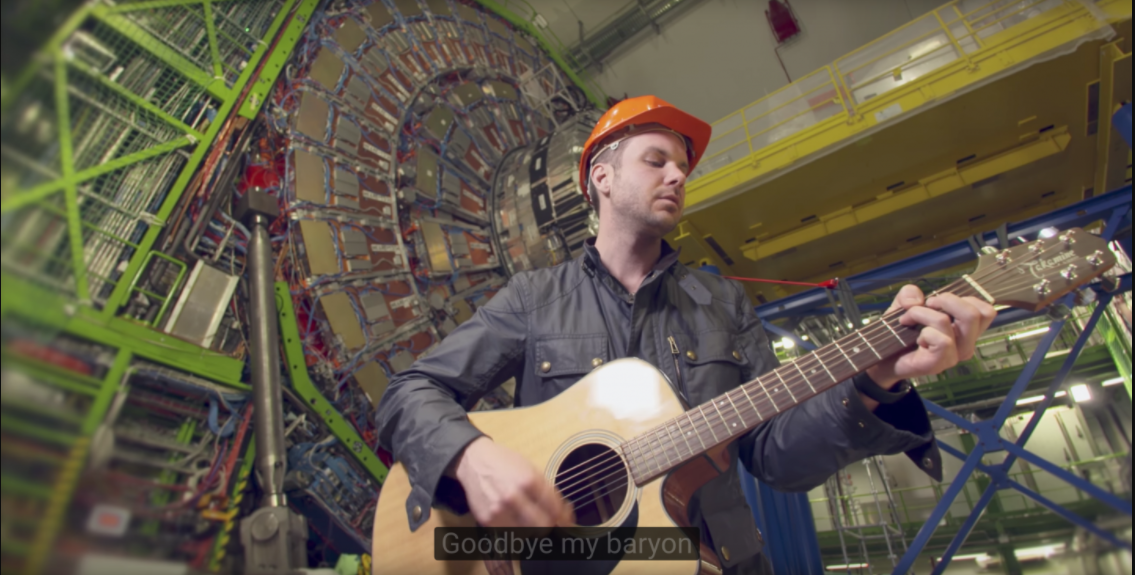 Singer-songwriter Howie Day was sitting in a coffee shop in Denver one morning while on tour, when he saw in his Twitter notifications CERN had shared a parody video of his hit song “Collide”, sung from the perspective of a proton in the Large Hadron Collider. After a brief exchange on Twitter, he decided to record the parody himself, and make a new video during a visit to CERN. You can watch it below.

Heilman, now a postdoctoral researcher at Carleton University, explains why they saw the song as a gateway, to reach out to people beyond academia.

“All of us have been steeped in the science for so long that we sort of forget how to use normal language,” he says. “It's always important for academics and researchers to learn different ways to communicate what we’re doing, because we’re doing it for people and for society.”

“There’s a point in the original song where there’s an emotional build,” Heilman says. “Day sings, ‘I’ve found I’m scared to know, I’m always on your mind.’ Our parody uses that part of the song to express the hopes and fears of experimentalists looking for evidence that might not ever appear.”

“We're all experimentalists, so we're all searching for something,” he continues. “The feeling is that [the theory of] supersymmetry, while it's this thing that everybody's been so excited about for a long time, really doesn’t seem that likely to a lot of us anymore because we’re eliminating a lot of the phase space. It's sort of like this white whale hunt. And so our lyrics, ‘Can SUSY still be found?’ is this emotional cry to the physics.”

“I was flattered, and it was quite funny, too,” Day says of seeing the video for the first time. “I immediately retweeted it and then sent a direct message inquiring about a visit. I figured it was a long shot, but why not?” While at CERN, Day made a new music video for his re-recording of the parody song.

Day, who says he has always been fascinated by the “why” of things, had been aware of CERN before this project, but he had only a rough idea of what went on there. He says that it wasn’t until he got there that things started to make sense.

“Obviously nothing can prepare you for the sheer scale of the place, but also the people who worked there were amazing,” says Day. “I felt completely overwhelmed and humbled the entire time. It was truly great to be working at the site where humans may make the most important scientific discoveries of our lifetime.”

This is an excerpt from a longer piece, which you can read in Symmetry magazine. Watch the original parody video.

LIVE: From the LHC tunnel