Next step, the Tour de France?

The penultimate stage of the 2013 Tour de France, the Annecy-Semnoz time-trial, has already been won – by a CERN staff member 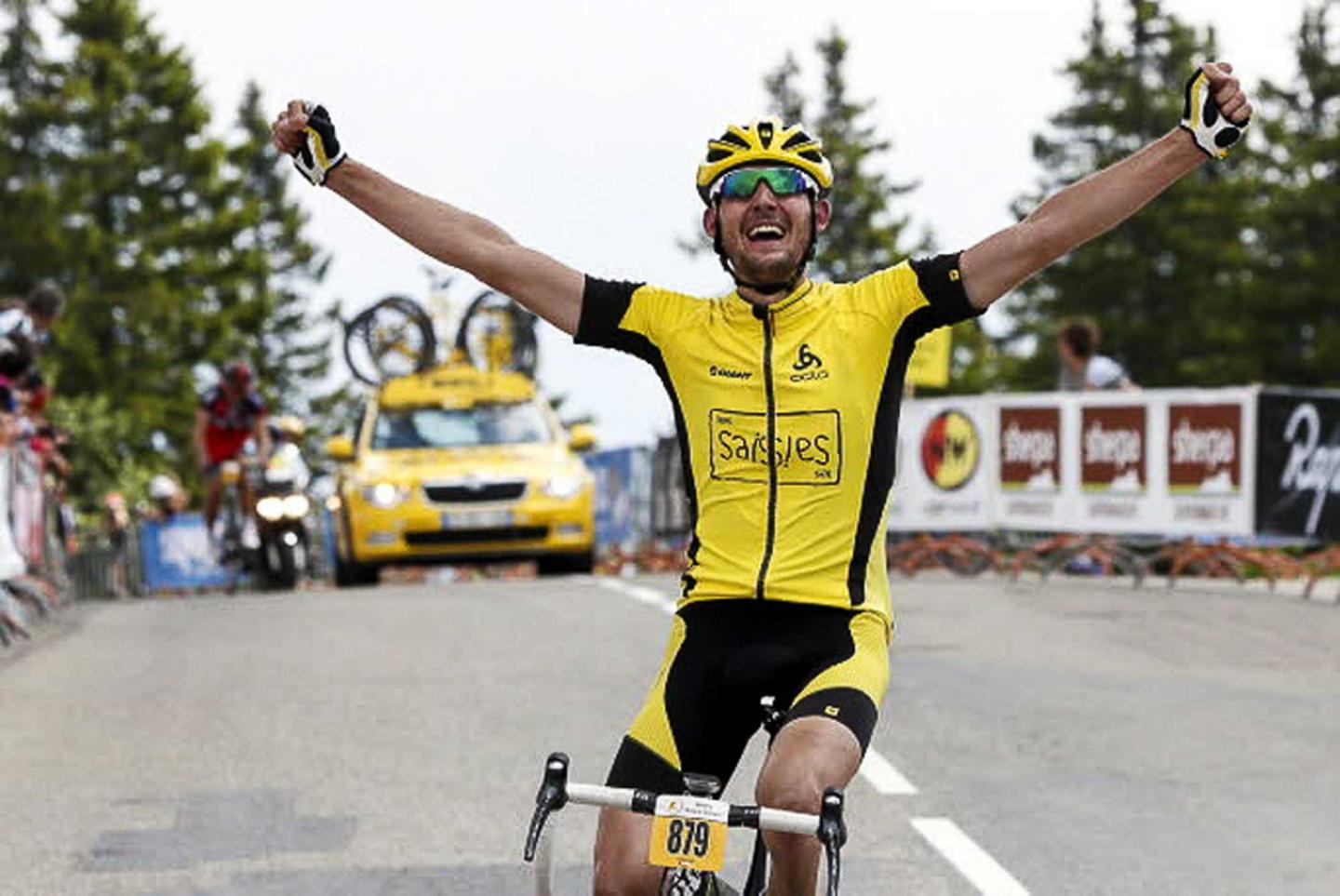 In keeping with tradition, the organizers of the Tour de France set up another race, the Étape du Tour, which is open to the general public and follows the actual route of an official stage of the Tour proper. This year, the chosen venue was Annecy and its neighbouring mountain, Le Semnoz, which played host to 11,000 cycling enthusiasts from all parts. This penultimate stage of the 2013 Tour will be raced by the professionals on 20 July.

The public race was won by Nicolas Roux, an experienced cyclist and member of CERN’s GS-IS Group, who devoured the 128-km course in just 4 hours and 15 minutes, nine seconds ahead of cycling champion Julien Absalon. “I just managed to overhaul Julien Absalon 500 metres before the finishing line,” says Roux. “It was a fantastic race!”

Come rain or shine, this consummate sportsman will always take his bike to cover the 30-km journey to and from CERN and he regularly takes part in competitions at weekends. “I’ve done the Étape du Tour several times,” he says. “I won the Pau-Bagnères-de-Luchon stage in 2012, and then the Paris-Roubaix.” So, what's next? LeTour itself?

For more information on this event, see the article in the Dauphiné Libéré on 7 July.

Don’t miss the live stream of the launch of R...