The Fund won one award for Best Risk Management Solutions, and another for Industry Innovation 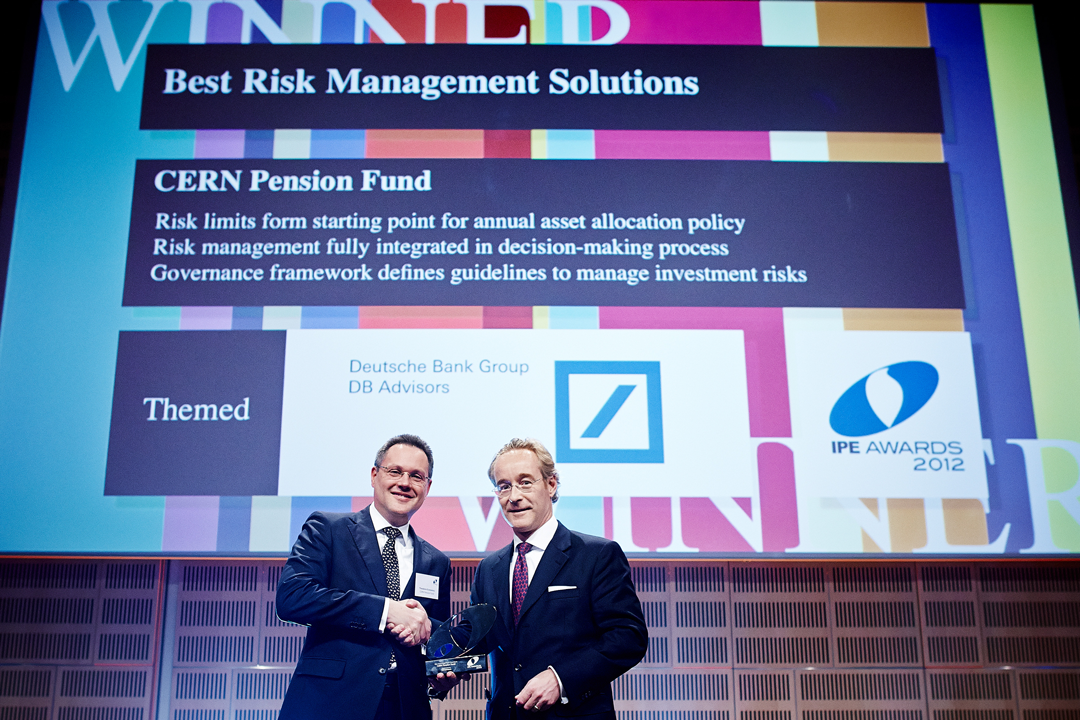 “The awards go to the entire CERN Pension Fund team, the Pension Fund Governing Board, and the Investment Committee,” says Economou, who is Chief Executive Officer for the Fund.

Over the last three years, the CERN Pension Fund has been implementing a capital-preservation approach to investments. In parallel to this, a new type of governance was introduced allowing more flexibility for investments in exchange for a marked improvement in transparency and risk control. “We have put in place an independent reporting system in which external consultants monitor the risk profile of the Fund,” says Economou. “The Governing Board gets a quarterly independent report on the risks and, as of March 2013, data will be available daily.”

In line with the new approach, several external experts – such as professional investors and pension experts – are participating directly in the Fund’s activities in their capacity as members of the Fund’s management bodies. Economou says the Fund seeks to have the highest possible efficiency, which means opting for investments that present the lowest possible level of risk consistent with the Fund’s objectives. “The contribution of specialized consultants and experts is a key element of the success of the CERN Pension Fund,” he says.

Hundreds of nominations were received for both awards, which were judged by international juries. “These prizes are an important recognition for us and a strong encouragement to pursue the path we have taken," says Economou. "I want to take this opportunity to congratulate the laboratory for its leadership, and to warmly thank all its members for their support.”

Curious about how the pension fund is securin...