Playing with protons in primary

For some Greek students, the journey to the world of particle physics starts at the primary school 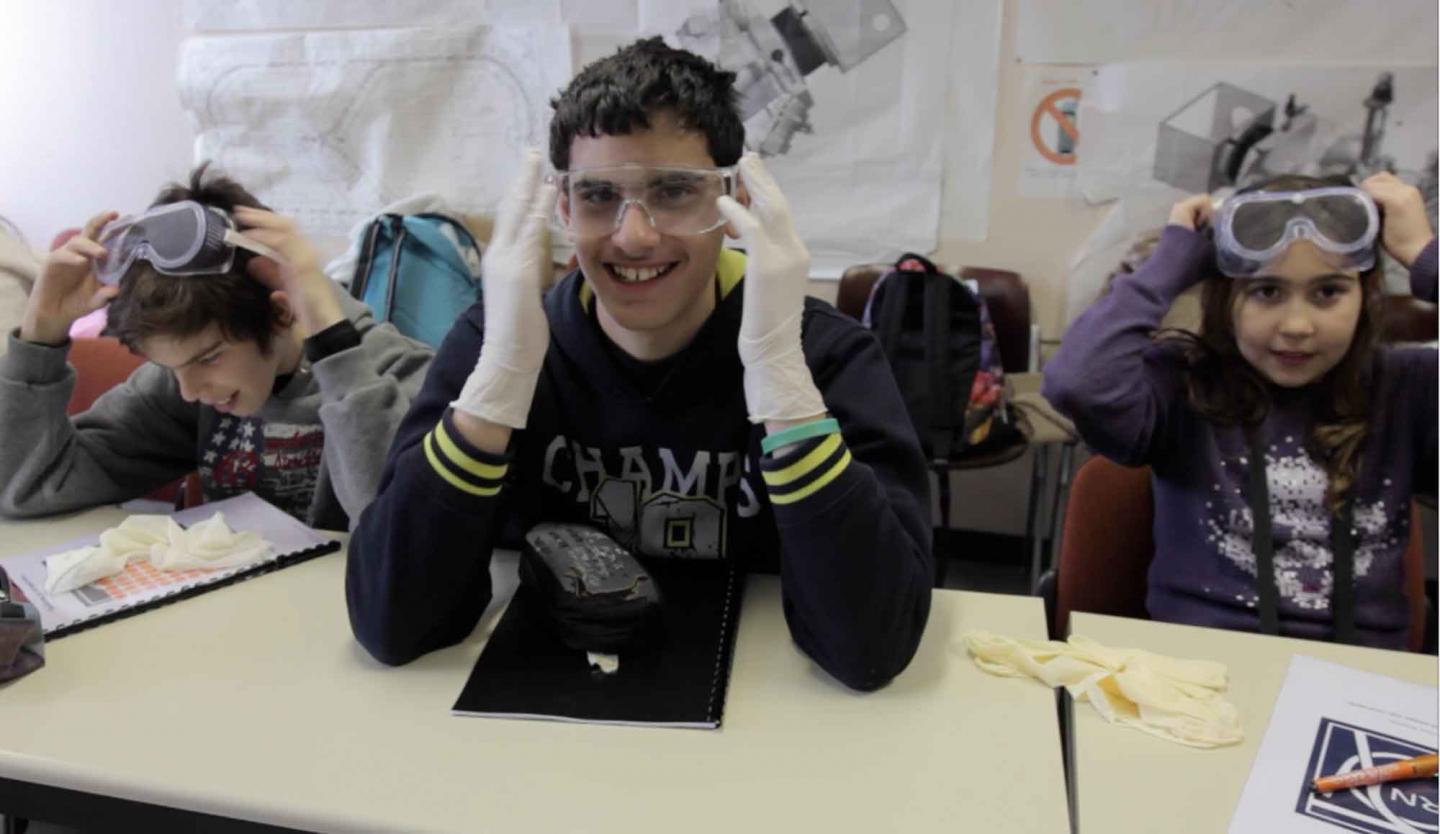 Soon after her return to Athens, Greece, from the Greek Teachers Programme at CERN last summer, primary-school-physics teacher Tina Nantsou started working on a science education project, Playing with Protons, for her students at Hill Primary School, the oldest operating primary school in Greece. "The aim was to inspire my students about the magic of particle physics the same way I was inspired during my time at CERN," says Nantsou.

For years Hill School has introduced pupils from the age of eight to the world of science, technology and mathematics. "Students become familiar with big ideas and the latest discoveries in science through hands-on experimentation with simple materials. The pedagogical approach promotes inquiry, creativity and collaborative learning," says Minnie Karra, member of the board of directors of Hill School. Nantsou blogs about her work at Science Experiments for Kids, which over the last few years has become a point of reference for an ever-increasing number of primary but also secondary science educators in Greece and beyond.

Forty-five students took part in the Playing with Protons project, which started last September and continued for seven months in the framework of the Go-Lab EU project. The 12-year olds were split into groups corresponding to the four LHC experiments – ALICE, ATLAS, CMS and LHCb – and the AMS experiment. They worked at Hill’s school lab and at home to understand basic principles of particle physics and cosmology. Activities included building models of LHC detectors, a theatrical performance and interviews with Greek particle physicists during the Creativity Marathon event in one of the nine Media Labs last December. The students also met Greece's scientific delegate to CERN, Dimitri Nanopoulos of Texas A&M University in the US, who enthusiastically embraced the project (see video below).

In the final stage of the project six boys and six girls were chosen by lottery to visit CERN. Over three days in March, the lucky students visited the Laboratory’s permanent exhibitions – Universe of Particles and Microcosm – as well as various experimental facilities including the CMS cavern, the SM18 magnet assembly area, and the control rooms of ATLAS and AMS. They also built a cloud chamber to detect cosmic rays and interviewed Greek researchers based at CERN in a dedicated afternoon session.

"This trip to CERN has been the best time of our lives. We hope in 10 years to visit CERN again, but this time as researchers," say Alexandros and Iason, two of Hill school’s students. Nantsou will present the results of Playing with Protons project at a workshop for science educators in Athens where CERN’s traveling exhibition Accelerating Science will be hosted from 12 April to 31 May to celebrate the Laboratory’s 60th anniversary.