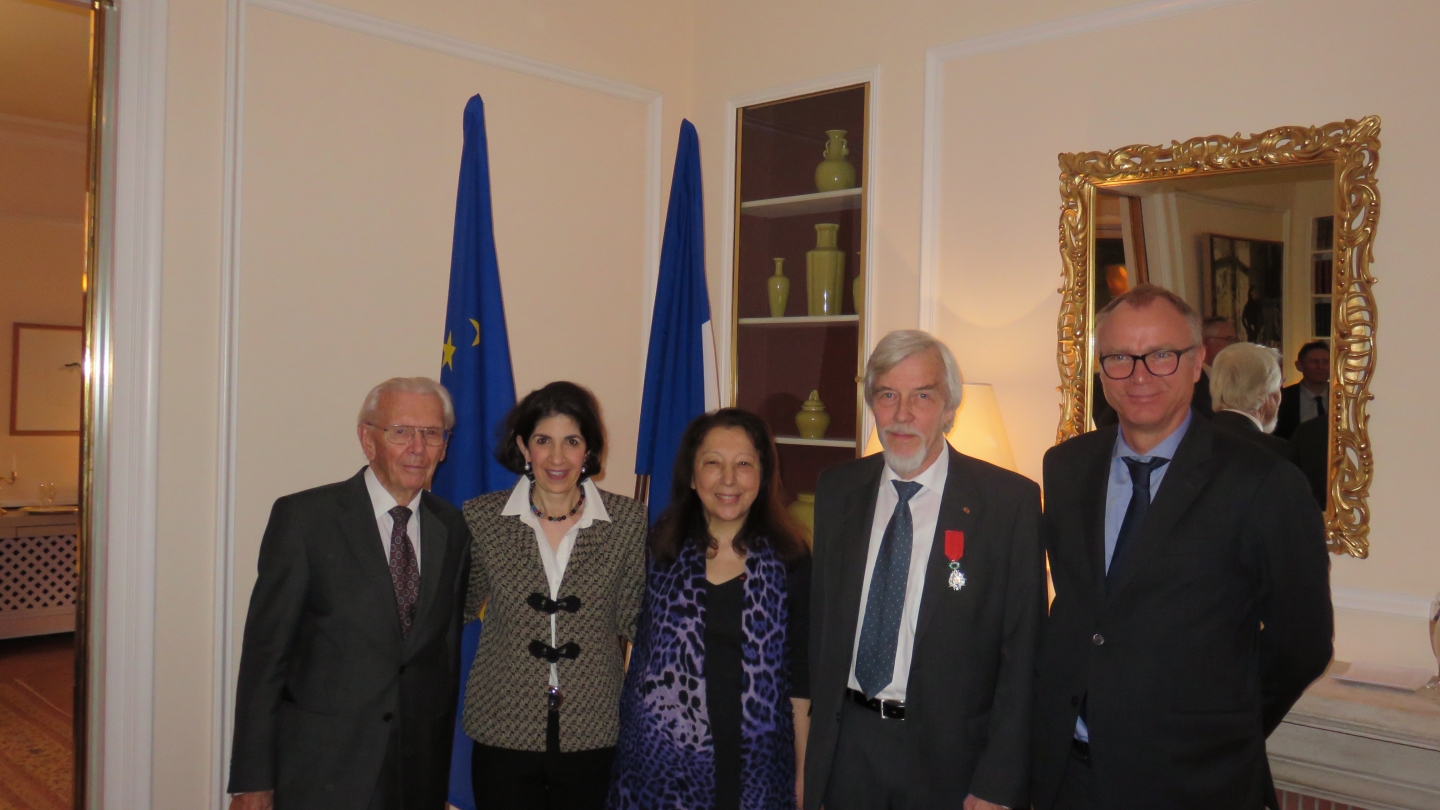 Former CERN Director General Rolf Heuer has been appointed a Chevalier de la Légion d'honneur (Knight of the Legion of Honour), one of the highest recognitions of achievement in France. Heuer, who is currently president of the German Physical Society (DPG) and president-elect of the SESAME Council, among other roles, was presented with the medal on 22 November 2016 at the residence of the French Permanent Representative in Geneva.

Rolf Heuer has received numerous scientific awards and has been honored by several regions and countries of Europe. In May 2015 he was awarded one of the highest German honors; he was awarded Grand Cross 1st class of the National Order of Merit of the Federal Republic of Germany. On 13 December, the head of the government of Lower Austria presented him with the golden medal of the Order of Merit (Goldenes Komturkreuz des Ehrenzeichens für Verdienste).