CERN physicists travelled to Nepal and India to bring a plethora of particle physics events to schools, universities and public venues 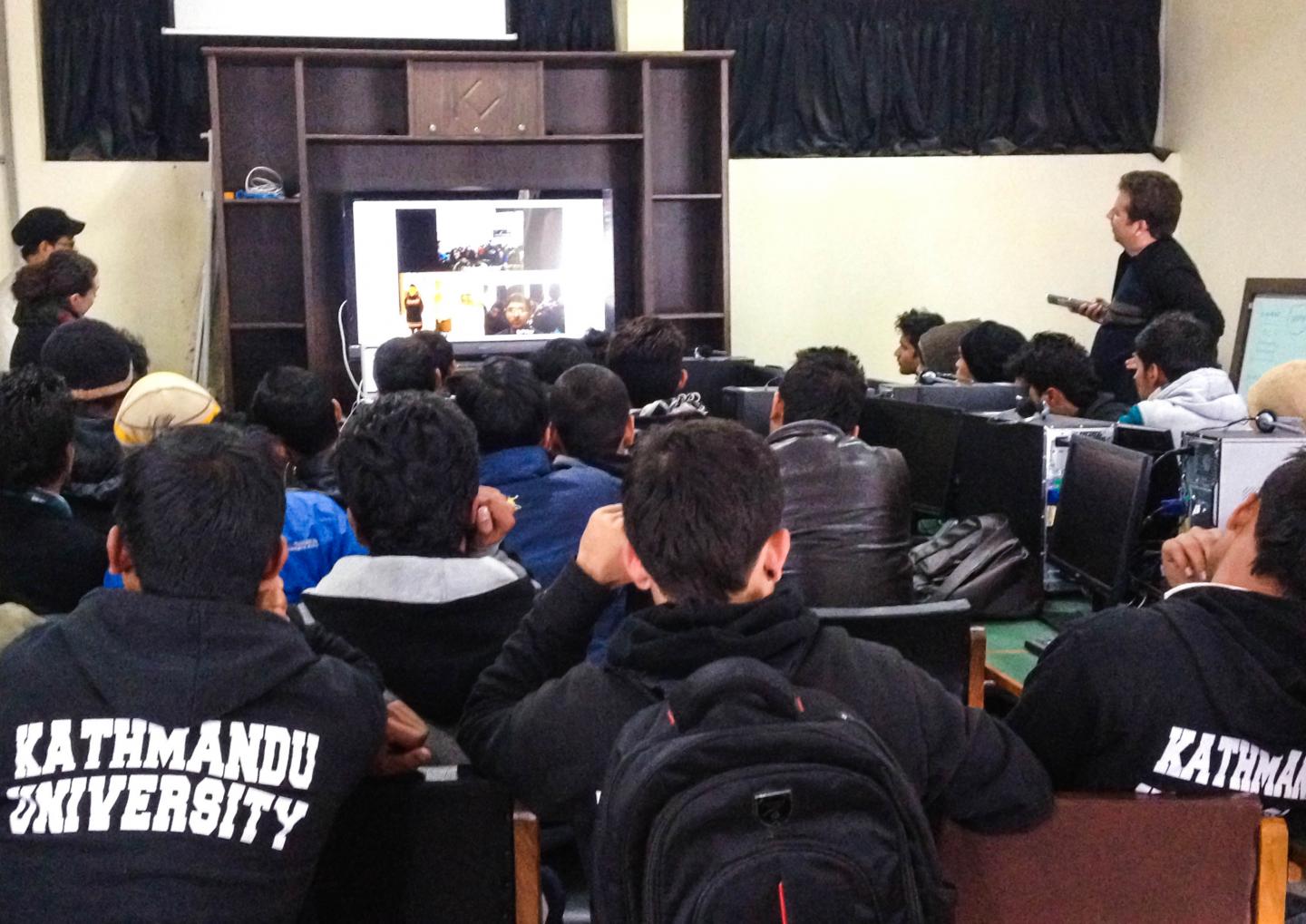 CERN physicists travelled to South Asia to bring a plethora of particle physics events to schools, universities and public venues. The initiative was the first of its kind in the region, and brought CERN particle physics to a new audience in Nepal and India.

On 19 December 2014, students from Kathmandu University and Tribhuvan University, Nepal and 16 schools in Punjab, India took part in a joint virtual visit to ATLAS. The visit, which was the first of its kind in South Asia, followed a two-day Masterclass in particle physics that took place simultaneously in the two countries. The Masterclass was organised as a part of Physics Without Frontiers, an International Centre for Theoretical Physics project in partnership with CERN.

Besides the Masterclass, physics workshops led by ATLAS physicists Kate Shaw, Joerg Stelzer and Suyog Shrestha were held for high school students and science teachers in three different districts in Nepal. Meanwhile, for the general public, the documentary Particle Fever was screened in Kathmandu. The event, which included a Q&A session with the ATLAS team, was fully booked within days.

“The response we received in Nepal was overwhelming,” said Kate Shaw, who has also organised Physics Without Frontiers in Palestine, Algeria and Vietnam. "There was a lot of interest in the work we do at CERN. All of the students we met had unusually strong foundations in mathematics, and were extremely bright and well-motivated. Countries like Nepal recognise the importance of investing in education and scientific research and we hope to encourage them."