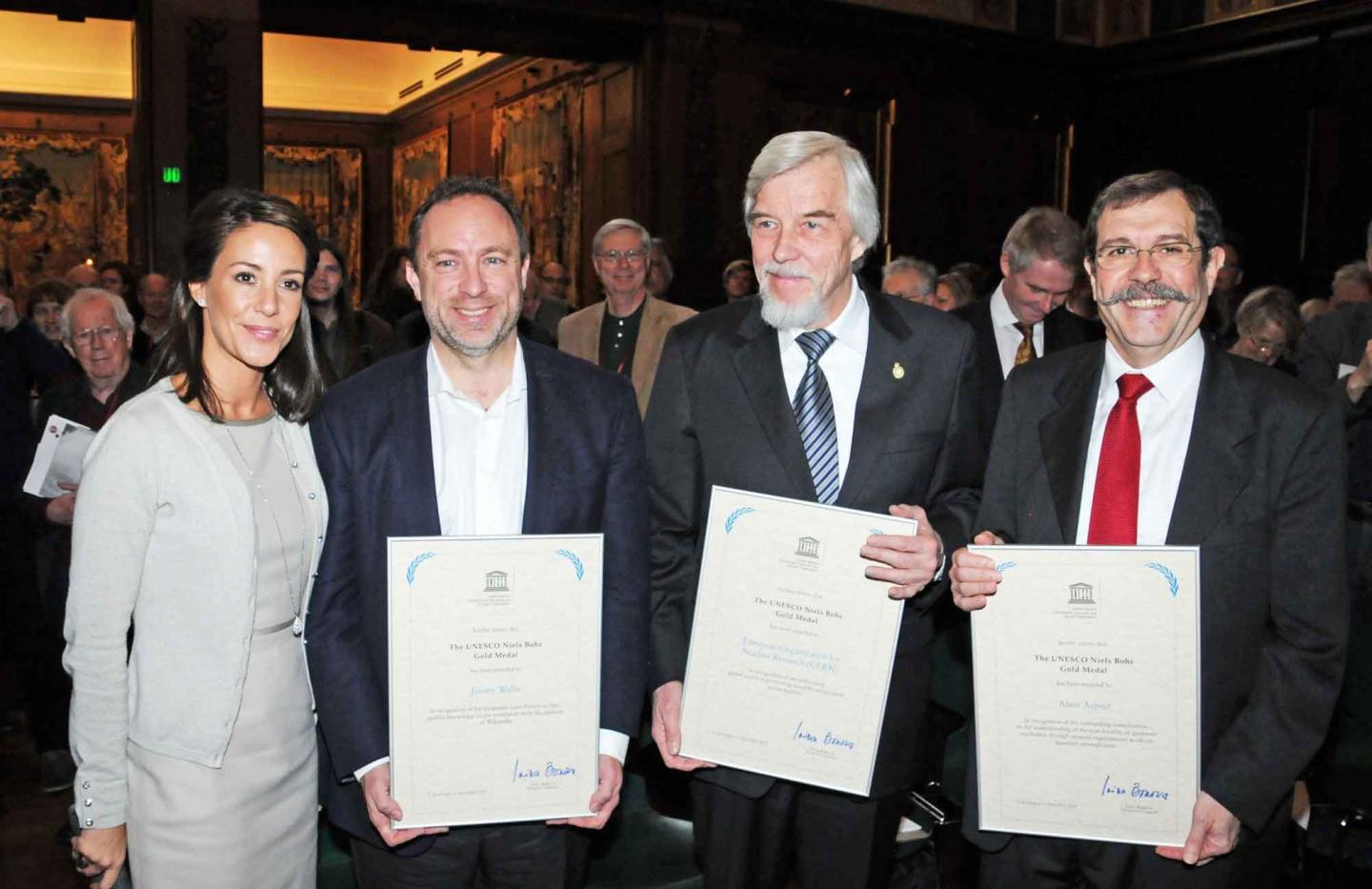 At a ceremony today in Copenhagen, Denmark, UNESCO awarded the Niels Bohr Gold Medal to CERN "in recognition of its outstanding global action in promoting scientific cooperation across borders". CERN Director-General Rolf Heuer accepted the medal at the University of Copenhagen on behalf of the laboratory.

“CERN’s existence and its research have a strong connection with Niels Bohr and UNESCO," said Heuer. “Receiving this medal is an especially great honour for CERN.”

UNESCO is the United Nations organization for education, culture and science, and works to promote peace and education in the world. It played an important role in setting up CERN, and still has a strong relationship with the laboratory. The original CERN Convention and the documents of ratification of all CERN member states are left with UNESCO.

UNESCO minted a medal in 1985 to commemorate the centenary of Niels Bohr’s birth. Born in Denmark in 1885, Bohr is considered the father of quantum physics. The medal was sculpted by Siv Holme-Muse of Sweden and struck by the Paris Mint. It was given out in 1998, 2005, 2010 and now in 2013 and is awarded to those who have made outstanding contributions to physics – research that has or could have a significant influence on the world. The UNESCO Niels Bohr Gold Medal is awarded to individuals or organizations for outstanding contributions to physics (Image: UNESCO)

Also honoured with a Niels Bohr Gold Medal today were Wikipedia founder Jimmy Wales and French physicist Alain Aspect. Previous Bohr Medal recipients with links to CERN include Tim Berners-Lee, who won the medal in recognition of his invention of the World Wide Web, and former CERN Director-General Herwig Schopper for his contributions to the development of particle accelerators for research in nuclear physics, and for his contributions to the global research effort that is CERN.