Visiting CERN for more than just the logical stuff 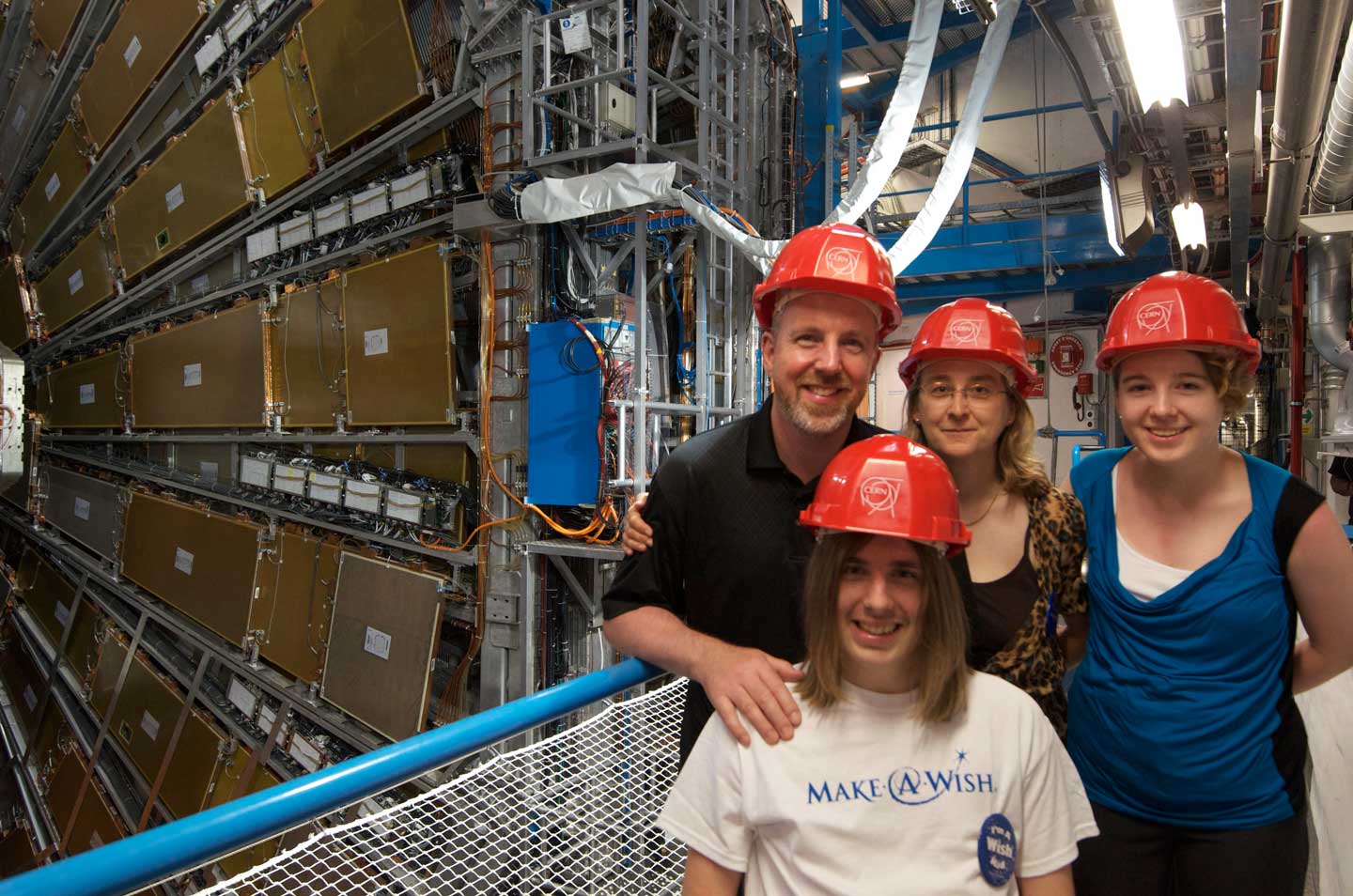 The Kerr family at the ATLAS detector during a visit organized by Make-A-Wish Switzerland (Image: CERN)

Callum Kerr wasn’t going to miss a single thing during his visit to CERN. The 17 year old from Kansas in the US came armed with a tape recorder and a camera to capture every moment. This was his wish come true.

Diagnosed with a rare form of spinal cancer two years ago, Kerr entertained himself during the long medical treatments by reading about quantum mechanics. “I don’t like the logical stuff, like mechanical physics,” he says . “I’m interested in things that aren’t explained so easily—the things that people at CERN study.”

Along with the US Make-A-Wish foundation, Make-A-Wish Switzerland supported the trip across the Atlantic for Kerr and his family to see the laboratory up close.

The student grew up watching science documentaries with his sister, Fiona. The Through the Wormhole with Morgan Freeman series in particular sparked an interest in physics. Learning all he can about the field, he also does his best to teach others about how our universe operates. Last year, he presented a talk on elementary particle physics to his high school. This year he plans to organize a virtual visit for his high school physics class. “I want everyone to see this,” he says.

At the end of his visit, after descending 100 metres below ground to see the ATLAS detector, Kerr summed up his trip as follows: “This is awesome! CERN is just so cool.”