As part of CERN’s celebrations of the 30th anniversary of the Web, an international team is at CERN to recreate the WorldWideWeb browser 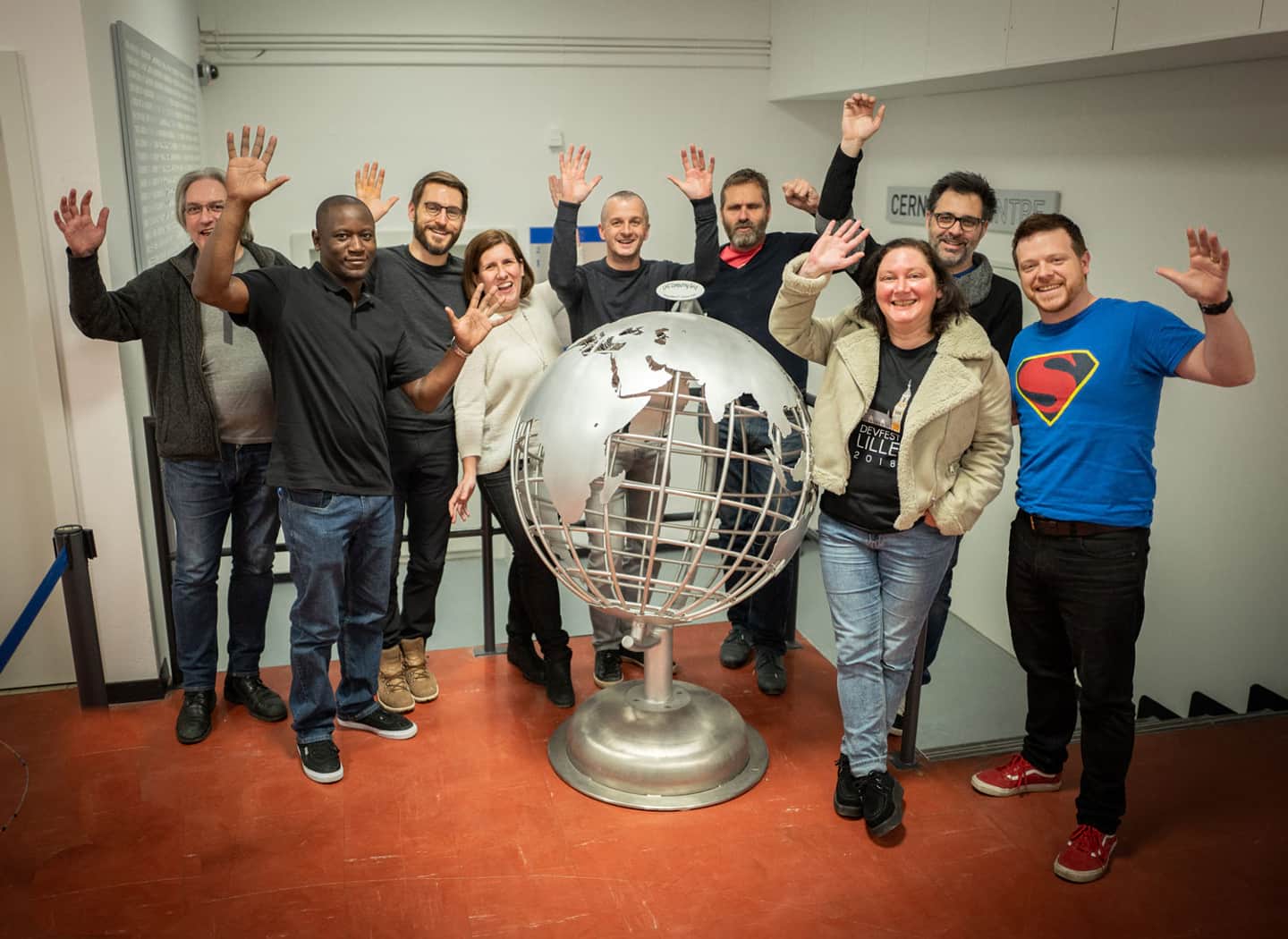 An old NeXT Computer from the early ’90s, borrowed from a group of computer enthusiasts in Lausanne, sits in a corner, its screen showing a black-and-white command prompt on the old NeXTstep operating system. Programmers and developers from around the world gather around an oblong table with their computers, having animated conversations about “anti-aliased fonts” and “browser binaries”. Next door, a gigantic room houses the CERN Data Centre’s servers, where all of the Laboratory’s computing is done, as well as where the data from the Large Hadron Collider’s experiments are stored. The same room also hosted CERN’s first Internet connection in 1989 and today hosts the CERN Internet eXchange Point (CIXP). The developers are here to recreate the first Web browser, which was built at CERN in 1990 by Sir Tim Berners-Lee to browse pages on the Web, also his invention.

You are presumably reading this article in a browser, which shows content in HyperText Markup Language or HTML, on a mobile or desktop operating system. Sir Tim’s original browser, initially called WorldWideWeb itself and later rebranded “Nexus”, could only run on the NeXT Computer on which he wrote his code. But this team of developers are now aiming to run the WorldWideWeb browser on today’s operating systems by building on the capabilities of the Web itself! They are doing this by emulating the original browser within a modern browser using the popular JavaScript programming language, allowing you to indulge in the early-Web experience without needing to get your hands on an archaic NeXT Computer yourself.

The team was first assembled in 2013 to recreate the “line-mode browser”, originally written by Nicola Pellow in 1991. Now on their second stint here, with less than a month to go before the 30th anniversary of the Web, they are faced with new challenges. “We have retrieved the code of the WorldWideWeb browser,” developer Remy Sharp explained on Monday, the first day of the five-day-long sprint. “But we haven’t been able to get it onto the NeXT machine so far.” Indeed, it is not trivial to interface with hardware that is many decades old.

The team needed to run the software on the machine it was designed for in order to replicate the exact look and feel on a modern system. This includes, for example, ensuring that the “blocky” fonts of the NeXTstep operating system render similarly in the emulated WorldWideWeb browser, rather than the smoother treatment they receive on screens nowadays. Eventually, fellow programmer Kimberly Blessing managed to load the WorldWideWeb browser onto the borrowed computer.

The participants of the sprint shared lunch with Web pioneer Robert Cailliau on Tuesday, where they discussed the mechanics of the early Web browsers, including the fact that the WorldWideWeb browser offered the possibility not just of reading a Web page but also of editing it in real time.

With a few hours left in their sprint, which is supported by the US Mission in Geneva through the CERN & Society Foundation, the developers are busy ensuring that their work can be publicly released. Their project notes and the resurrected WorldWideWeb browser can be found at cern.ch/worldwideweb. For more information about the project to preserve some of the digital assets associated with the birth of the Web, please visit cern.ch/first-website.