On 30 April 1993 CERN published a statement that made World Wide Web technology available on a royalty free basis, allowing the web to flourish 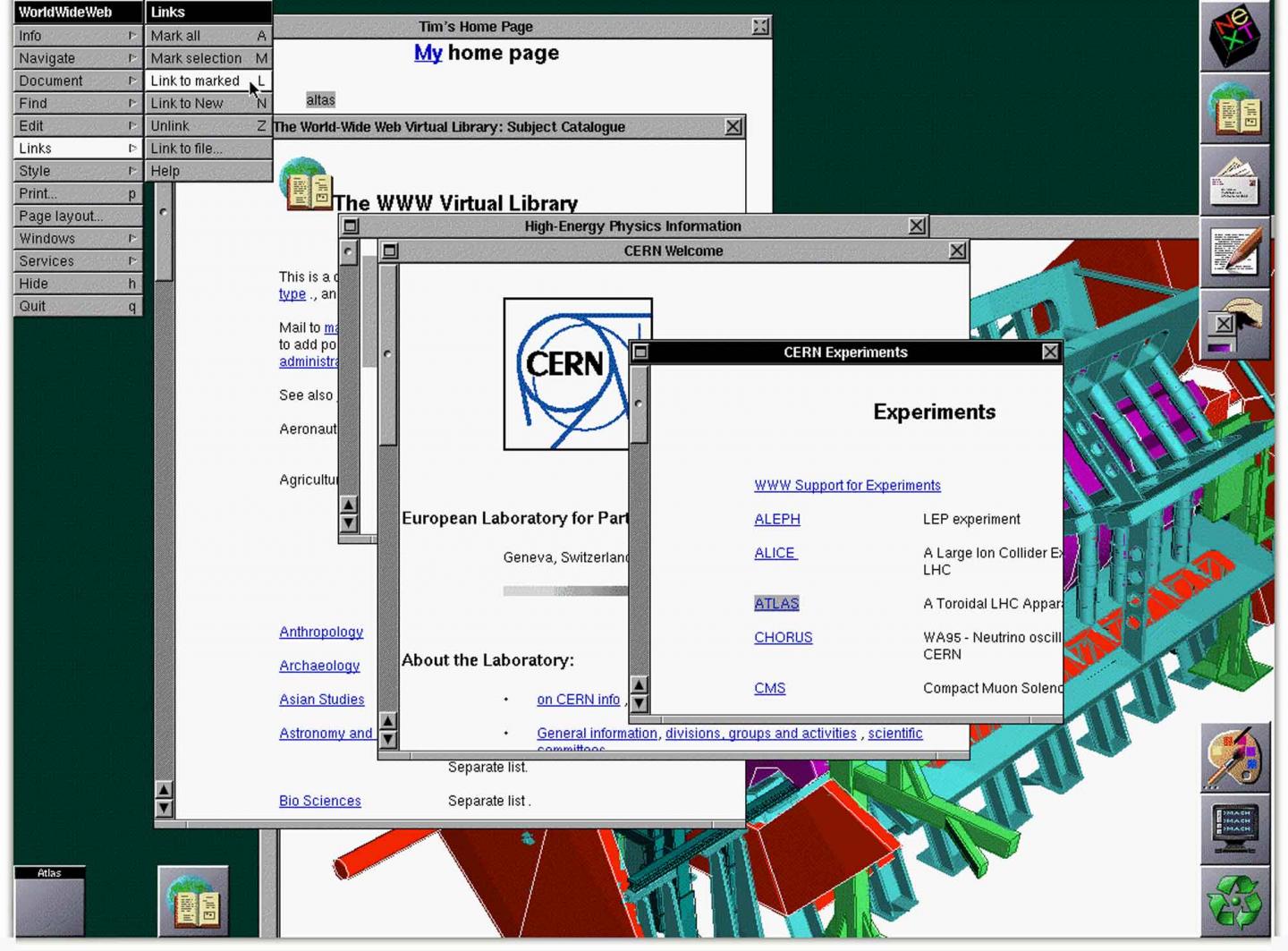 Screenshot of the original NeXT web browser in 1993 (Image: Berners-Lee/CERN)

On 30 April 1993 CERN put the World Wide Web software in the public domain. CERN made the next release available with an open licence, as a more sure way to maximise its dissemination. Through these actions, making the software required to run a web server freely available, along with a basic browser and a library of code, the web was allowed to flourish.

British physicist Tim Berners-Lee invented the web at CERN in 1989. The project, which Berners-Lee named "World Wide Web", was originally conceived and developed to meet the demand for information sharing between physicists in universities and institutes around the world.

Other information retrieval systems that used the internet - such as WAIS and Gopher - were available at the time, but the web's simplicity along with the fact that the technology was royalty free led to its rapid adoption and development.

“There is no sector of society that has not been transformed by the invention, in a physics laboratory, of the web,” says Rolf Heuer, CERN Director-General. “From research to business and education, the web has been reshaping the way we communicate, work, innovate and live. The web is a powerful example of the way that basic research benefits humankind.”

The first website at CERN - and in the world - was dedicated to the World Wide Web project itself and was hosted on Berners-Lee's NeXT computer. The website described the basic features of the web; how to access other people's documents and how to set up your own server. Although the NeXT machine - the original web server - is still at CERN, sadly the world's first website is no longer online at its original address.

To mark the anniversary of the publication of the document that made web technology free for everyone to use, CERN is starting a project to restore the first website and to preserve the digital assets that are associated with the birth of the web. To learn more about the project and the first website, visit http://info.cern.ch

World Wide WebBerners-LeeBirth of the Web