CERN is currently hosting the Thorium Energy Conference ThEC13, running from 27 to 31 October, watch the webcast 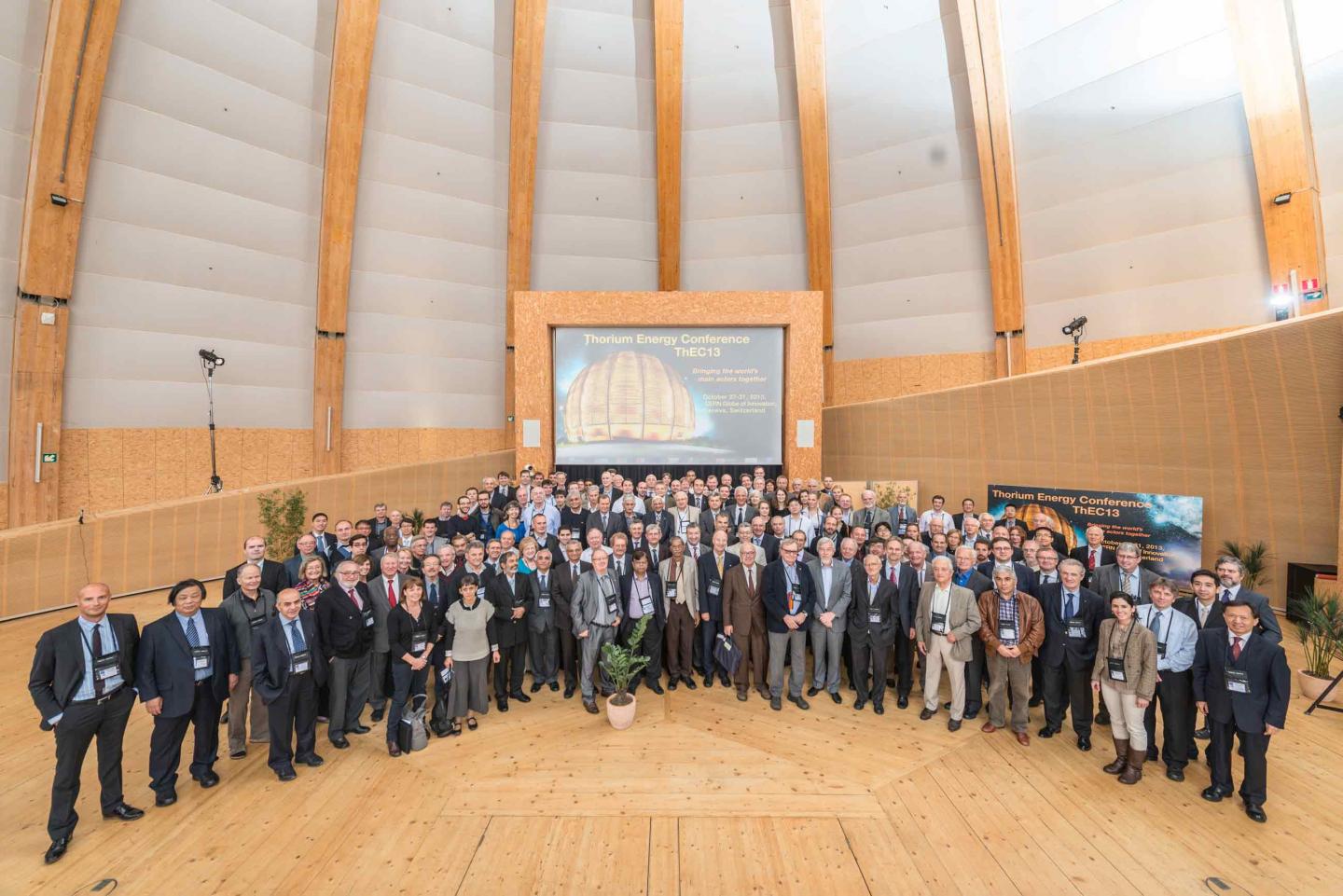 Attendees of ThEC13 in the Globe of Science and Innovation at CERN (Image: Anna Pantelia/CERN)

Thorium is a silvery white metal four times more abundant than uranium in the Earth's crust. Its potential as nuclear fuel also offers an alternative for safer and cleaner nuclear energy production, reducing the volume and lifetime of existing nuclear waste.

Several nations have therefore embarked on ambitious plans aimed at the development of a new generation of nuclear power plants based on thorium instead of uranium, which could offer unmatched level of safety up to now. This technology would also allow for reducing present and future nuclear waste and is attractive in terms of non-proliferation and CO2 emissions.

"Energy is a major concern for society and I’m sure that this conference will show once again how fundamental research can help to address such an important challenge" said Rolf Heuer, CERN Director-General.

China and India are actively supporting several initiatives in this direction with important resources, and the United States, Russia, Europe, Japan, South Korea, and Norway are also evaluating this technology. The ThEC13 conference is being attended by scientists of 32 countries including all the major actors, to discuss the status of the field and define common project in a spirit of international cooperation.

"Thorium offers a route to safe, clean nuclear energy," said Jean-Pierre Revol, President of iThEC, "The number of renowned scientists coming to ThEC13 gives a clear signal that a truly international cooperation is forming to herald a new era in nuclear energy, with clear benefits for the world."

During the 1990s, CERN has been pioneering thorium technologies research with experiments instigated by Nobel laureate Carlo Rubbia, testing the basic concepts of a thorium-fuelled reactor driven by a proton accelerator.