Less than three years after the EC and CERN announced the start of the CESSAMag project, the final components left CERN bound for Jordan today 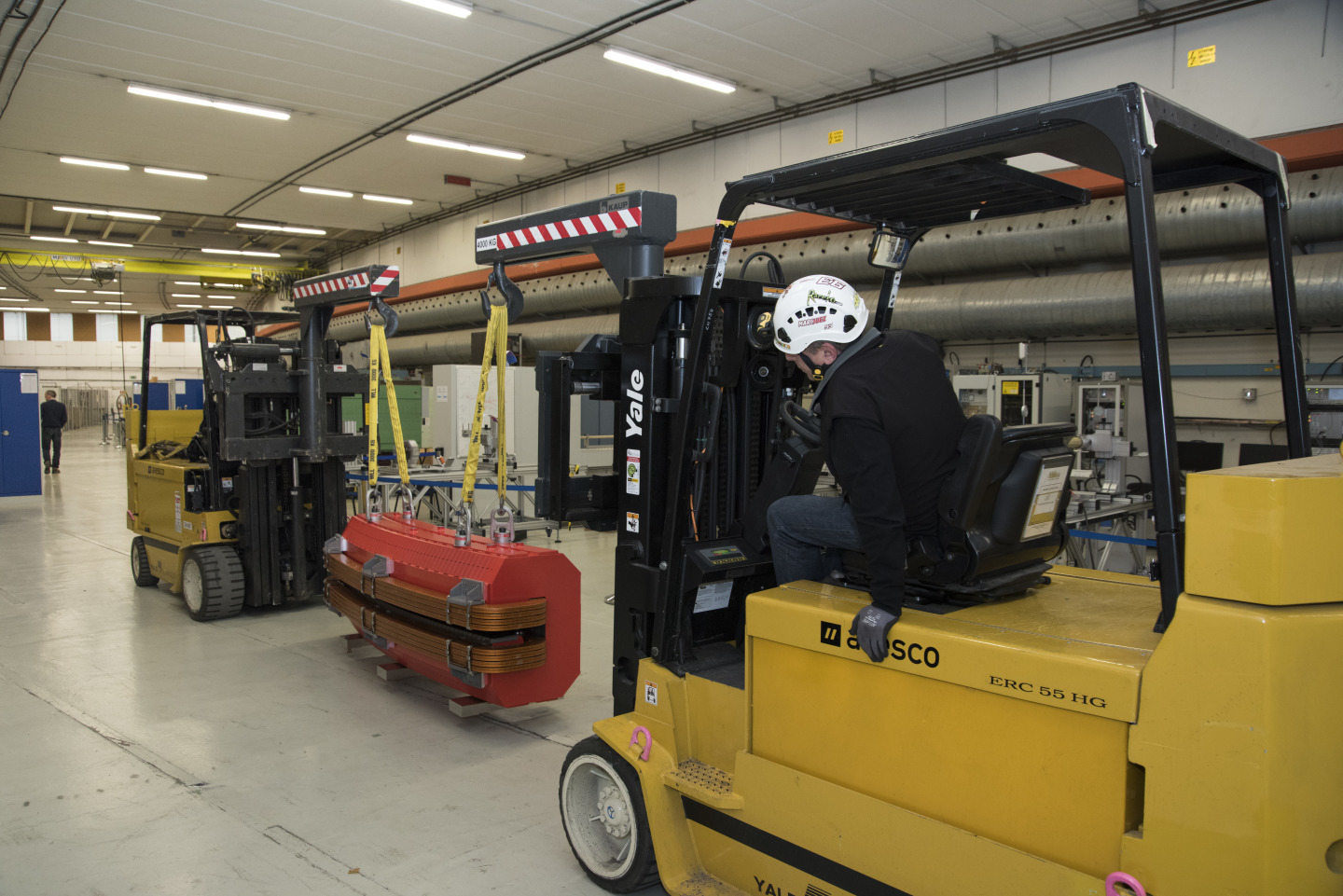 The final CESSAMag components left CERN for Jordan this week. Here a SESAME dipole, supplied as part of the project, is moved to a test bench in February last year. (Image: Maximilien Brice/ CERN)

For close to three years, CERN has coordinated the production of magnets and power supplies for the pioneering SESAME research facility under construction in Allan, Jordan. A third-generation light source, SESAME is the first facility of its kind in the region, and the first intergovernmental research organization to be established in the Middle East. Bringing together Bahrain, Cyprus, Egypt, Iran, Israel, Jordan, Pakistan, the Palestinian Authority and Turkey, SESAME will address research topics ranging from biological science to cultural heritage when its first beam lines are commissioned later this year.

SESAME represents the culmination of a dream decades in the making. The idea of such a regional research facility was first mooted by the Pakistani Nobel Prize winning physicist, Abdus Salam, in the 1980s. In the early 1990s, a Middle East scientific co-operation group (MESC) was established to promote regional cooperation in science. In 2002, components from the BESSY1 light source in Berlin were donated to the fledgling laboratory. Upgraded, BESSY1 now has a new lease of life as the injector system for the SESAME main ring.

With today’s shipment, the CESSAMag project concludes its undertaking to deliver 17 dipoles, 66 quadrupoles and 66 sextupoles, along with power supplies and controllers to the new laboratory. CESSAMag has been a truly international collaboration, with components sourced both in Europe and in SESAME members. Half of the sextupoles were produced in Cyprus, with the remaining 33 coming as a donation to CERN from Pakistan. The sextupole coils were produced in France. Israel produced 79 power supplies, while Turkey provided 280 coils for the quadrupoles, which were built in Spain. The dipoles came from the UK, with their power supply coming from Italy. Switzerland provided controllers and further power supplies. CERN’s role was to provide the specification for all components and coordinate their production and testing at CERN and at the ALBA light source in Barcelona.  Done in collaboration with SESAME scientists, this provided a valuable knowledge transfer role.

The final consignment, which left CERN today, will travel by sea to the Jordanian port of Aqaba, and is scheduled to arrive in Allan in six to eight weeks. Installation will run through summer, with commissioning scheduled to begin in the last quarter of 2016.