Rajaâ Cherkaoui El Moursli, who leads a research team in Morocco for the ATLAS collaboration, is among this year's laureates 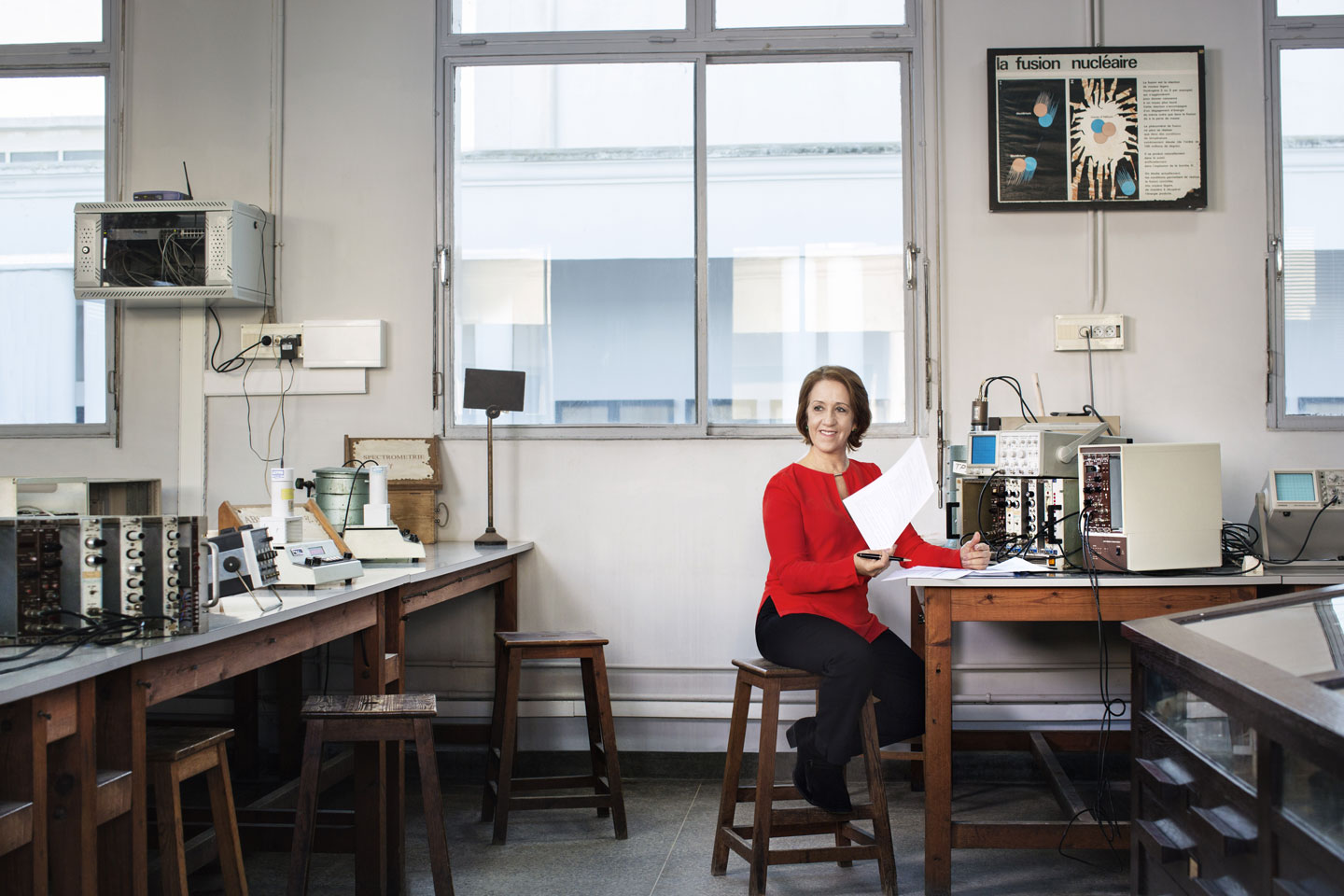 On 18 March, at a ceremony at the Sorbonne in Paris, France, the L’Oréal Foundation and UNESCO will present the L’Oréal-UNESCO For Women in Science Awards to five outstanding women scientists. Moroccan physicist Rajaâ Cherkaoui El Moursli – who contributed to the simulation and construction of the electromagnetic calorimeter in the ATLAS detector – is among the laureates, who are being honoured for their contributions to the physical sciences.

El Moursli is Vice President of the Mohammed V University in Rabat, Morocco, where she leads a team working in the consolidation of a Distributed Analysis Support Team (DAST) for the ATLAS collaboration. The DAST is a team of shifters forming the front line for all help requests on distributed data analysis. The focus of her team's analysis is on top-quark and Higgs-boson physics. El Moursli grew up in Salé in north-western Morocco, and went to a French-speaking high-school in Rabat before moving to Grenoble, France, to study physics. She says the award took her by surprise.

"I was in a meeting with the president of our university when I found out I had won," she says. "My phone was on silent but I saw a number from Paris. One of my daughters lives there; she doesn't call often so I was a little anxious for her. I left the room, dialed the number and a lady from the foundation told me that I had won. My first thought was 'This must be a joke!'"

Since 1998, the For Women in Science programme has honored 2250 women in over 110 countries. This year, Nobel Prize laureate Ahmed Zewail chose 12 prominent scientists to form the independent jury that selected one winner for each of five regions. El Moursli took home the prize for Africa and the Arab States; inorganic chemist Yi Xie for Asia/Pacific; physical chemist Carol Robinson won the award for Europe; astronomer Thaisa Storchi Bergmann for Latin America and polymer chemist Molly S. Shoichet for North America.

"ATLAS congratulates Professor Rajaâ Cherkaoui El Moursli for this prestigious award, and the recognition of her part in the discovery of the Higgs boson," said ATLAS spokesperson Dave Charlton. "The ATLAS collaboration works to provide a supportive research environment for all our members, so that women and men from all around the world have the opportunity to succeed in a collaborative research environment."

As well as the Women in Science awards, 15 young researchers in the physical sciences will receive grants at the awards ceremony. They and the five laureates will have three minutes each to present their research projects to the audience at the Sorbonne.

El Moursli says that she feels the prize is important for Morocco and for Moroccan women. "I think we are relatively well placed in Morocco; women make up 30-40% of attendance at the top science schools in the country," she says. "But that said I do hope this prize encourages more women – Moroccan, Arab, African – to study science. Though at times it can be hard to balance work life with family and children, I want women to feel that they can stand up in a scientific career and know that they have gotten there through merit."

To mark the awards, an exhibition by photographer Brigitte Lacombe is displaying photographs of the five laureates at the Charles de Gaulle and Orly airports in Paris this month.