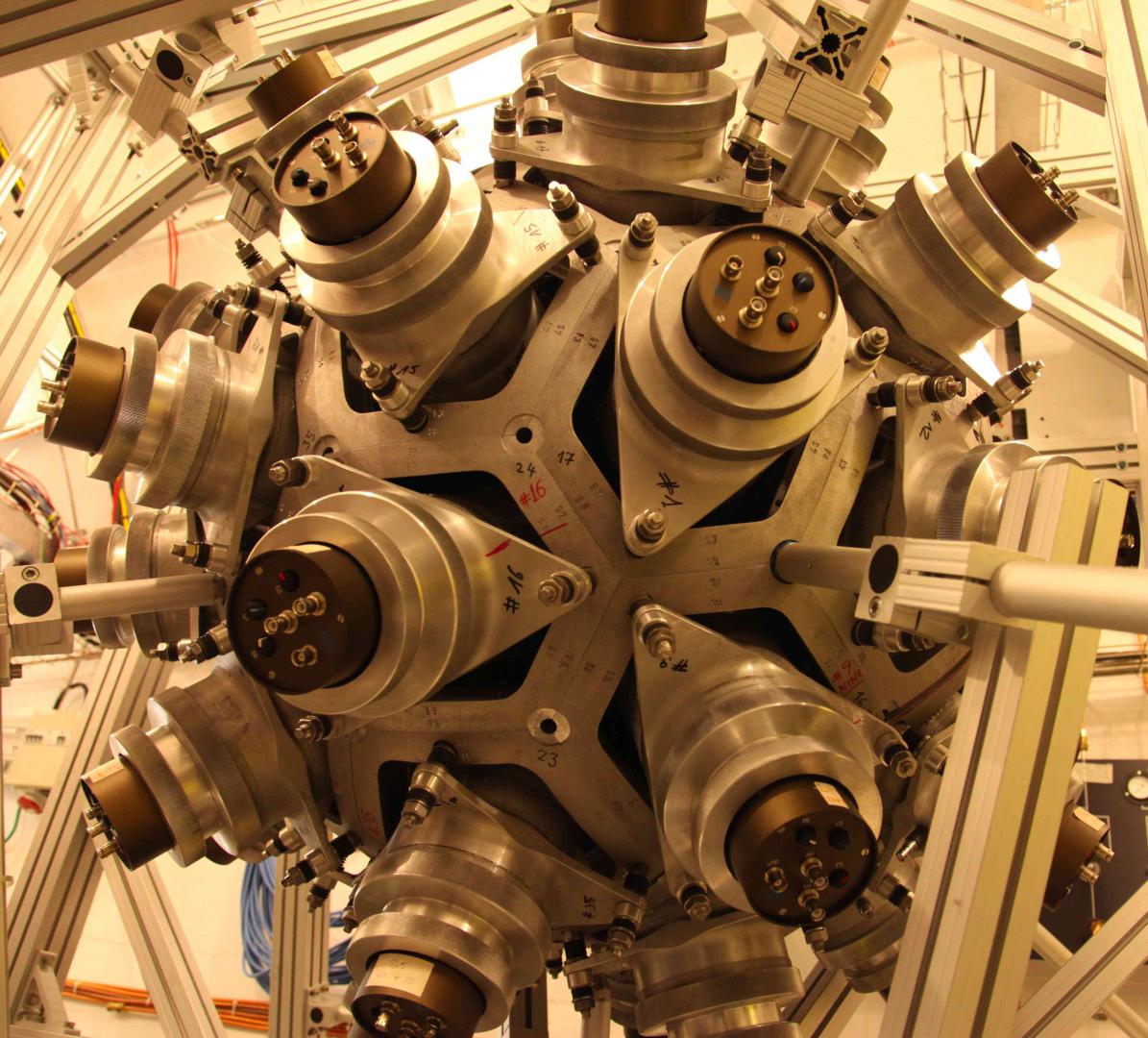 The CERN council has approved construction of a second experimental area for CERN’s neutron source, n_TOF. The new facility will open up a variety of research fields from nuclear physics and astrophysics to dosimetry and radiation damage.

Physicists at n_TOF use a broad energy range (from meV to GeV) of neutrons created from a primary, pulsed proton beam to study neutron-induced reactions in various samples. A new beamline will provide a higher neutron flux – a measure of the total length travelled by all neutrons in a given volume per unit time – which should translate into higher sensitivity to physics phenomena for experiments using the neutron beam.

n_TOF will build a vertical flight path 20 metres above the current neutron target in Building 559, and a new hall – Experimental Area 2 (EAR-2) – will sit partially on top of the ISR building. “The hall will be housed in a bunker connected with the n_TOF underground facilities by a duct 60 centimetres in diameter,” says n_TOF spokesperson Enrico Chiaveri. “Due to the expected weight of the bunker, 12-metre support pillars will have to be built with their feet on the concrete structure of the n_TOF tunnel.”

EAR-2 will allow experimentalists to study processes and isotopes with unprecedented accuracy: “Since the number of neutrons at the sample position is on average increased by a factor of 25, measurements can be performed on much smaller samples, in some cases less than 1 miligram,” says Chiaveri. The feature is important when dealing with unstable or rare samples, he says. "Limitations in sample mass are crucial in astrophysics as well as in nuclear technologies. EAR-2 may enable us to perform some measurements for the first time.”

The n_TOF facility is already unique in terms of its instantaneous neutron flux and low background, but the addition of the new neutron line will provide a 25 times higher flux per pulse delivered in 10 times less time. "This will result in a substantial reduction of the background and improved experimental sensitivity,” says Chiaveri. The existing EAR-1 facility, located around 200 metres downstream of the production target, will run in parallel with EAR-2.

The new facility – which will be built during the 2013-14 long shutdown of accelerators – is already attracting interest from the high-energy-physics community: seven new institutions have joined the collaboration over the past 2 years.

First beams are expected in summer 2014.