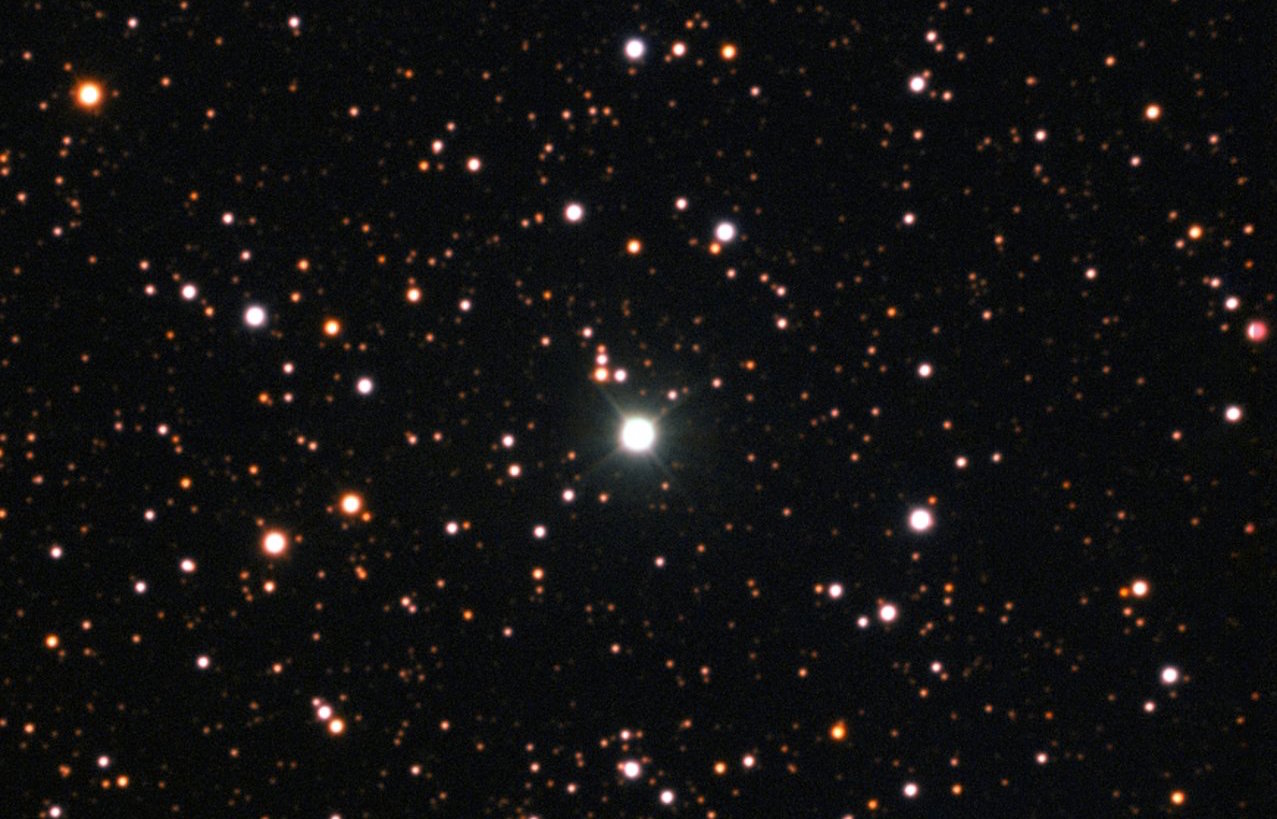 Nova Centauri 2013, the brightest star in the centre of the picture, is the first nova star (explosion of a star) in which evidence of lithium has been found in the ejected material. (Image: ESO)

An experiment at the n_TOF facility at CERN filled in a missing piece of the  cosmological lithium problem puzzle. The n_TOF collaboration published a study providing a precise new measurement of one of the processes involved in the cosmic production of lithium.

The observed quantity of this element is indeed much smaller than that predicted by theory. The theory of the production of nuclei during the early phases of the universe – known as Big Bang Nucleosynthesis – states that, right after the Big Bang, all the lightest and most abundant elements of the universe (hydrogen, helium and lithium) were formed. But, while observations and theory are perfectly aligned as regards hydrogen and helium, the amount of lithium that we actually observe is about three times smaller than that deduced by our theoretical predictions. This discrepancy is known as the cosmological lithium problem.

One explanation could be linked to the transformation of an unstable isotope of beryllium – beryllium-7 – into lithium. The production and destruction of beryllium-7 essentially regulate, in turn, the abundance of cosmological lithium: the more beryllium-7, the more lithium there is, but if beryllium somehow gets destroyed, the amount of lithium consequently decreases. Therefore, a possible explanation for the higher theoretical value could be an underestimation of the destruction of primordial beryllium-7, in particular in reactions with neutrons.

The theoretical estimates of the probability of beryllium-7 destruction through one particular reaction, in which the final products are two helium nuclei, are based on a single measurement made in 1963, at the Ispra reactor in Italy.

The n_TOF collaboration has provided a new, more precise, measurement.  In particular, the aforementioned beryllium-7 destruction reaction resulting in two helium nuclei has been measured for the first time in a wide range of neutron energies with a high accuracy level. This was possible thanks to the extremely high luminosity of the neutron beam in the recently constructed experimental area (EAR2) at the n_TOF facility.  “The new EAR2 offers the unique opportunity to perform such challenging measurements,” says Enrico Chiaveri, spokesperson for the n_TOF collaboration.

The results indicate that, at energies relevant for Big Bang Nucleosynthesis, the probability for that particular reaction leading to the destruction of beryllium-7 is ten times smaller than that used in theoretical calculations. This means that the destruction rate is even smaller than previously supposed, and thus this channel cannot be the solution of the cosmological lithium problem. So the mystery still remains, and maybe the solution for it should be sought among alternative scenarios or within physics beyond the Standard Model.