The CMS and LHCb experiments at the LHC have observed a very rare decay. An important milestone in the search for hints of new physics 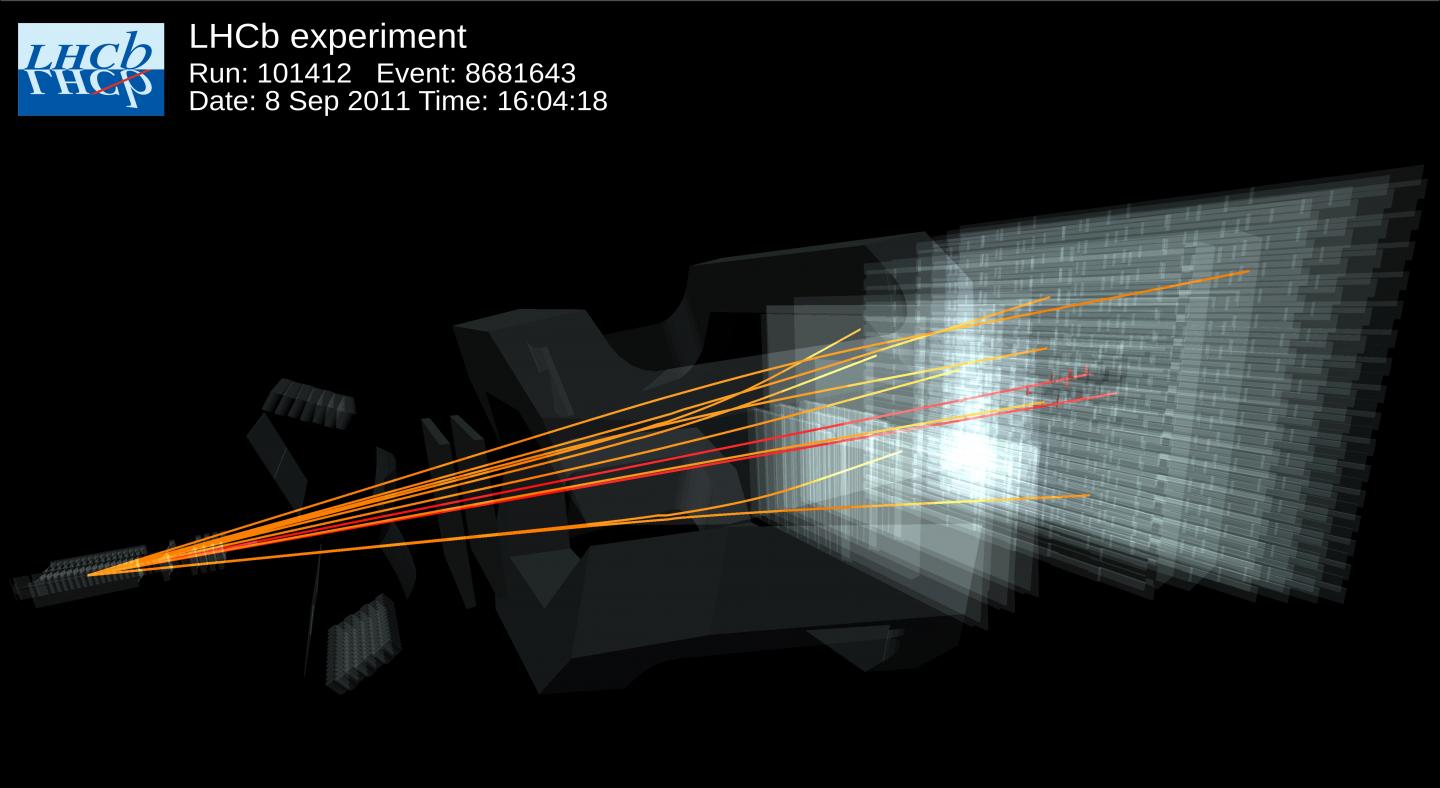 In an article published today in Nature, the CMS and LHCb collaborations describe the first observation of the very rare decay of the B0s particle into two muon particles. The Standard Model, the theory that best describes the world of particles, predicts that this rare subatomic process happens about four times out of a billion decays, but it has never been seen before. The analysis is based on data taken at the Large Hadron Collider (LHC) in 2011 and 2012. These data also contain hints of a similar, but even more rare decay of the B0, a cousin of the B0s.

The B0s and B0 are mesons, non-elementary unstable subatomic particles composed of a quark and an antiquark, bound together by the strong interaction. Such particles are produced only in high-energy collisions – at particle accelerators, or in nature, for example in cosmic-ray interactions. This result has important implications in the search for physics beyond the Standard Model.

Developed in the early 1970s, the Standard Model is currently the best description of the subatomic world. It has successfully explained almost all experimental results in particle physics and precisely predicted a wide variety of phenomena. However, it doesn’t answer some important questions such as “What is dark matter?” or “What happened to the antimatter after the big bang?”. That is why LHC experiments are trying to find hints of “new” physics, which would solve some of these enigmas. There are two complementary strategies to probe this physics “beyond” the Standard Model, which are both employed by the experiments at the LHC. The direct one, which consists in looking for new particles predicted by theoretical models that go beyond the Standard Model, such as supersymmetry, and the indirect one, which challenges the Standard Model on its predictions for very rare decays. Any discrepancy between the experimental results on these very rare processes and the Standard Model’s predictions would point to signs of new physics. This is the strategy adopted by the LHCb and CMS experiments in studying the rare decays of the B0s and the B0 particles into two muons.

The CMS and LHCb collaborations first released their individual results for B0s meson decay in July 2013. While the results were in excellent agreement, both fell just below the 5 sigma statistical precision historically needed to claim an observation. The combined analysis easily exceeds this requirement, reaching 6.2 sigma. This is the first time that CMS and LHCb have analysed their data together.

This combined analysis shows that the probability for a B0s meson to decay into two muons, and the probability for a B0 meson to decay into two muons, are consistent with the Standard Model's predictions. So at least, for now, these rare decays have not revealed any hints of new physics. However, the data to be gathered in future runs of the LHC will increase the precision of the B0s measurement and will determine whether the possible hints of the related decay of the B0 are confirmed. These results will be crucial for disentangling any signs of new phenomena from Standard Model effects and will advance the hunt for new physics.