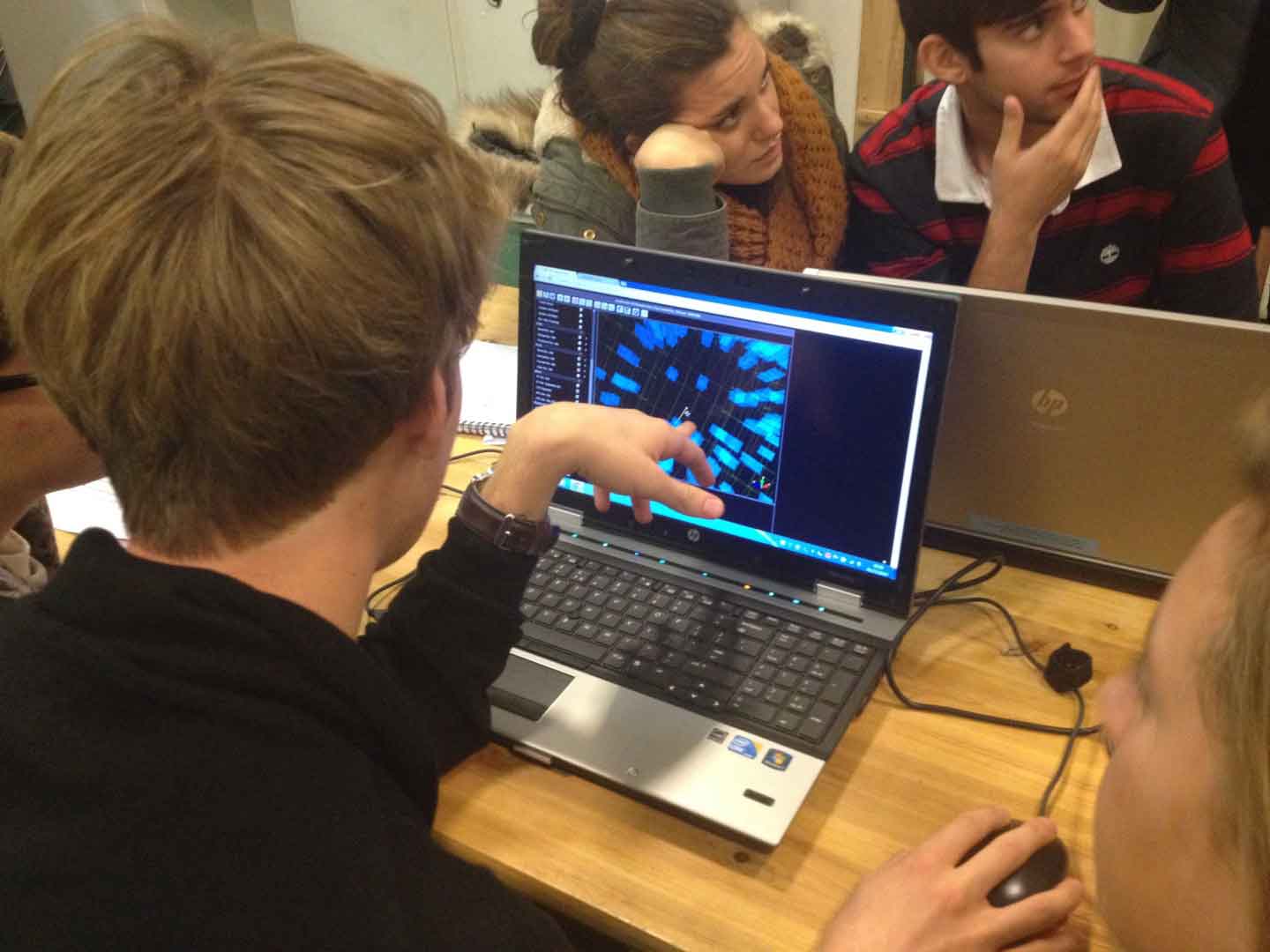 The pupils took over a hall at CERN for an afternoon to test a new software tool called CIMA (CMS Instrument for Masterclass Analysis) for the first time. The software simplifies the process of recording results and reduces the number of steps required to enter data. During the exercise, each group of pupils had to analyse about a hundred events from the LHC. For each event, the budding physicists determined whether what they saw was a candidate W boson, Z boson or Higgs boson, identified the decay mode and entered key data. At the end of the analysis, they used the results to reconstruct a mass diagram. CIMA was developed by a team of scientists from the University of Aachen in Germany, the University of Notre-Dame in the US, and CERN.

CMS has also added yet another educational tool to its already large collection with the introduction in recent weeks of virtual tours. Several hundred students, from Egypt, Pakistan and Iran among others, have already been on one of these virtual tours, during which they were able to view the detector from every angle. With just a few weeks to go before the end of “real” underground tours, virtual tours from the control room or the service caverns will mean that CMS’s doors remain open, virtually at least, to schools and the general public.