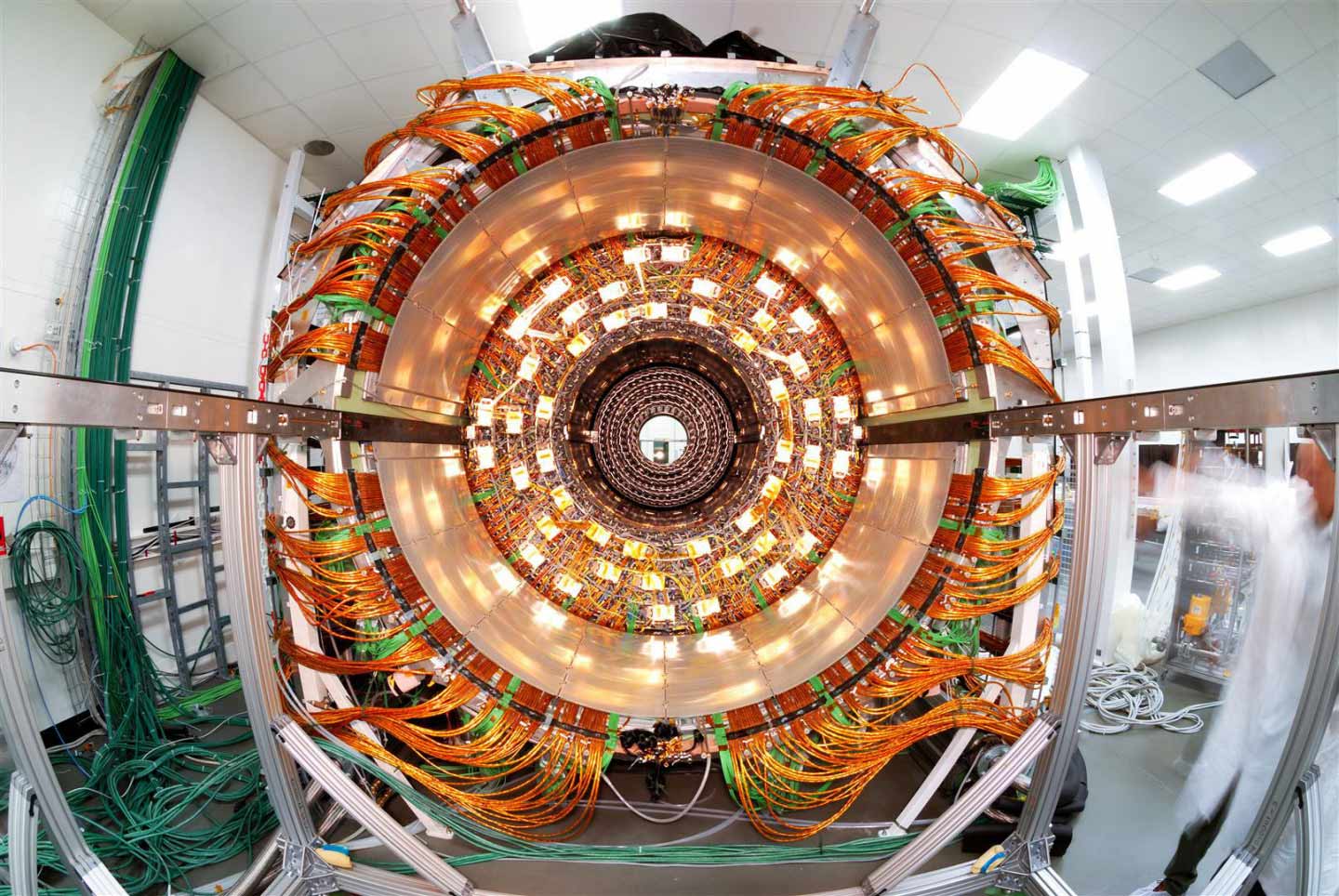 The CMS Tracker Outer Barrel (TOB) shown in a clean room before its installation into the detector in 2008 (Image: Maximilien Brice/CERN)

By successfully passing a recent ‘Master Cold Test’, the CMS experiment Tracker has proved it can run at temperatures colder than ever before. It is now in shape to operate until 2025.

This Tracker – the closest subdetector to the collision point of Large Hadron Collider (LHC) particle beams – must face an onslaught of billions of particles flying through it each second of operation. If the Tracker was operated at room temperatures, damage from this onslaught would soon render it inoperable. So during the LHC’s first run from 2010 to 2013, the Tracker operated at +4 °C. But with higher LHC beam intensities from 2015 onwards, the Tracker must operate at much colder temperatures, posing a monumental challenge to the Tracker community. However, after two years of planning and one year of work, they have succeeded.

To achieve lower temperatures, many projects ran in parallel. The CMS cooling plant was refurbished and the fluorocarbon cooling system completely overhauled. New methods for vapour-sealing and insulation helped suppress humidity inside the Tracker and several hundred high-precision sensors have improved humidity and temperature monitoring. A new dry-gas plant now provides eight times as much dry gas (air or nitrogen) than before to help keep humidity away from the delicate electronics, and allows fine-grained regulation of the flow. In addition, all cooling bundles outside the Tracker were equipped with heater wires and temperature sensors to guarantee safe operation in the future.

As a result, in early 2014 the Tracker successfully passed the important ‘Master Cold Test’ milestone, running the Strip Tracker at temperatures down to −20 °C with the Pixel Tracker lines going to −25 °C. The subdetector was monitored continuously and performed as expected, without affecting the temperature of surrounding layers of the Electromagnetic Calorimeter, which operate at +18 °C.
Environmental conditions allow operation at −25 °C and the detector has been successfully operated at −20 °C. To minimise thermal stress, researchers are discussing operating the Strip Tracker at −15 °C and the Pixel Tracker at −20 °C for the coming years.

With this milestone, the Tracker project has completed the bulk of its work for Long Shutdown 1 of the LHC. The detector can now be operated cold with a sufficient safety margin. The team are now ready to track particles until Long Shutdown 3!

More images of the CMS tracker can be found on the CERN Document Server.